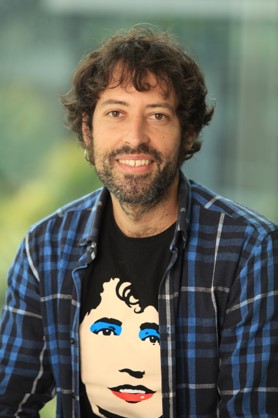 David Vila (Eibar) is an Assistant Professor in the School of World Languages and Cultures with research interests in contemporary Spanish culture and literature; Iberian studies; Basque, Galician and Portuguese culture, literature and languages; subcultural and punk studies; contemporary Iberian and Latin-American song studies; and the relationship between contemporary popular culture and political activism. He is currently working on a book entitled “Punk in Democratic Spain: Resisting Franco’s Legacy since 1975” that explores punk as an underground cultural movement that opposed the way democracy was established in Spain and fueled different contemporary social movements. He has organized and participated in different panels on music and cultural studies and has also published on punk and critical pedagogies. He is also one of the founding members and editors of the cultural magazine Furman217 and singer of the Latinx Alternative band The Rumba Madre .