Cal State Monterey Bay’s Japanese Language and Culture program hosted 50 university students from Sophia, Doshisha, and Keio universities for a day of events on March 10. These students are visiting as part of the U.S. and Japan Youth Exchange Kakehashi Project, which is promoted by the Ministry of Foreign Affairs of Japan.

After a welcome by Provost Bonnie Irwin and Dr. Ilene Feinman, Dean of the College of Arts, Humanities, and Social Sciences, Ms. Abaigael Callahan and Ms. Daniela Villanueva gave a brief introduction of CSUMB, followed by a music performance of pop-culture and a traditional fishermen’s dance – soran bushi – by Keio University students. 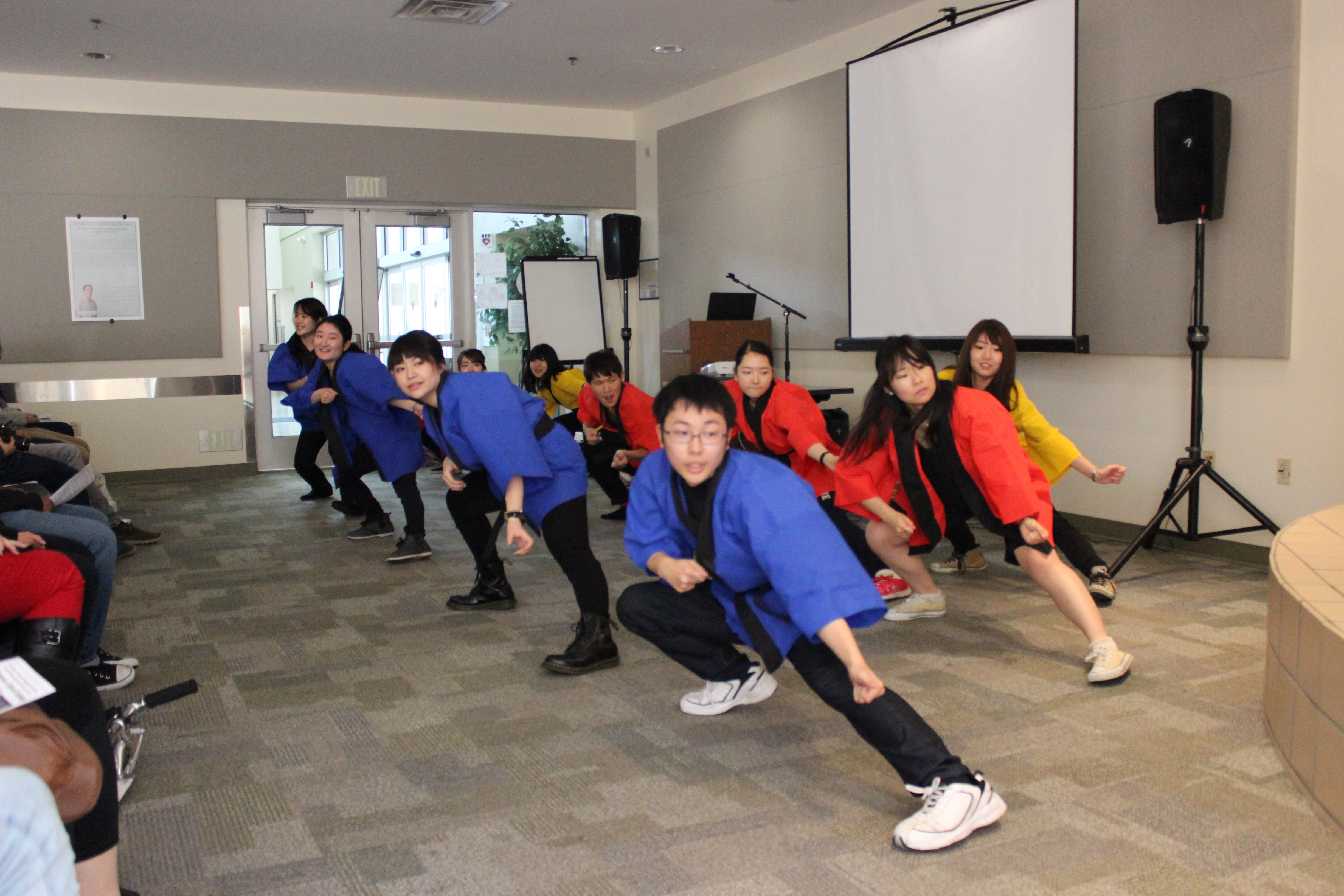 Nearly 125 participants then moved into three seminar rooms where each university group made a presentation on aspects of Japanese culture, including technologies, agriculture and food. After the Japanese university students’ presentation, CSUMB students presented their senior capstone projects and engaged the visiting students in conversation about their research. 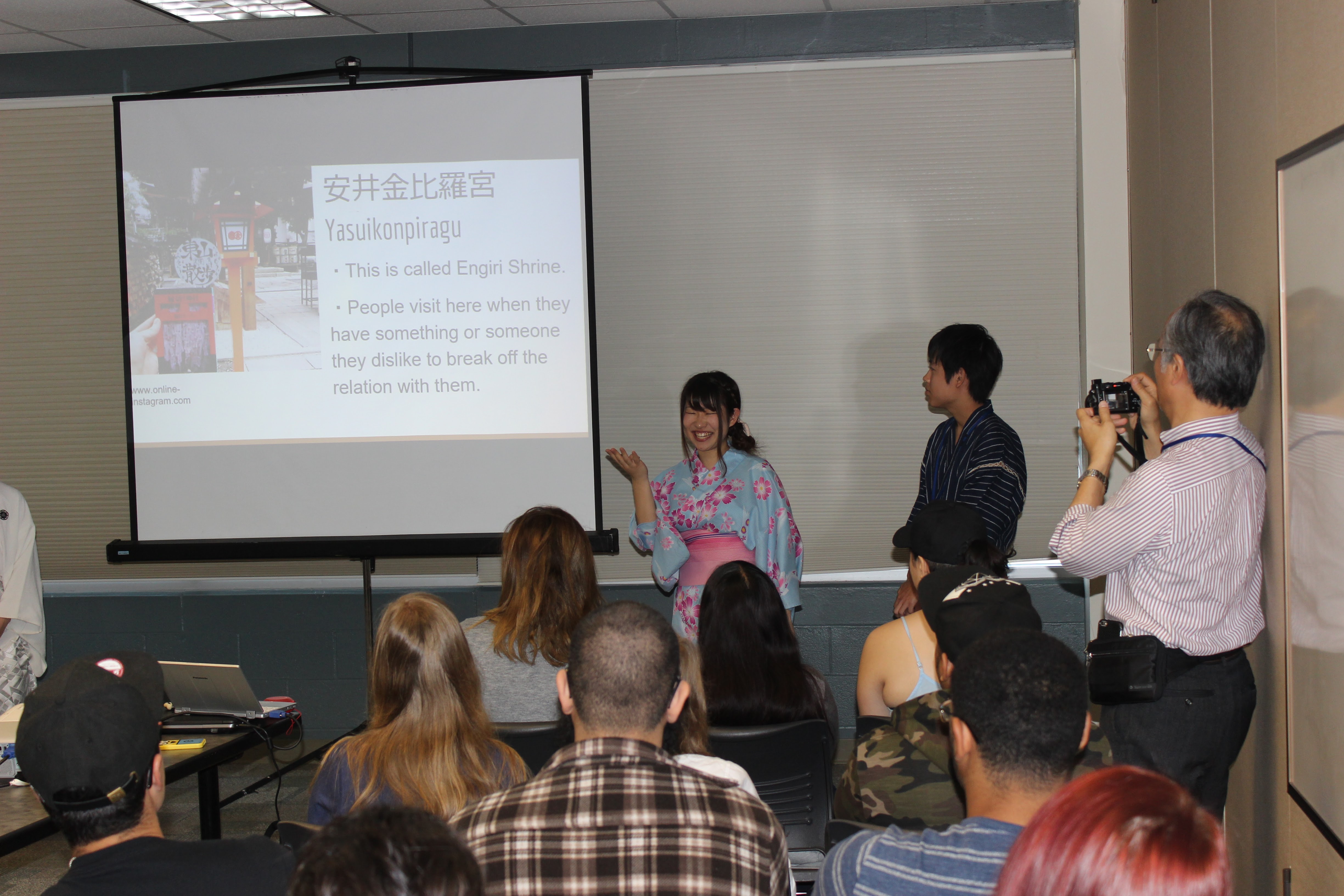 “It is so nice to see Japanese and American university students exchanging cultures and perspectives in this way," said Dr. Yoshiko Saito-Abbott, chair of the School of World Languages and Cultures.

“I genuinely enjoyed this chance to deepen my understanding of Japanese culture and to gain their perspectives on the work I’m doing," Ms. Callahan said. 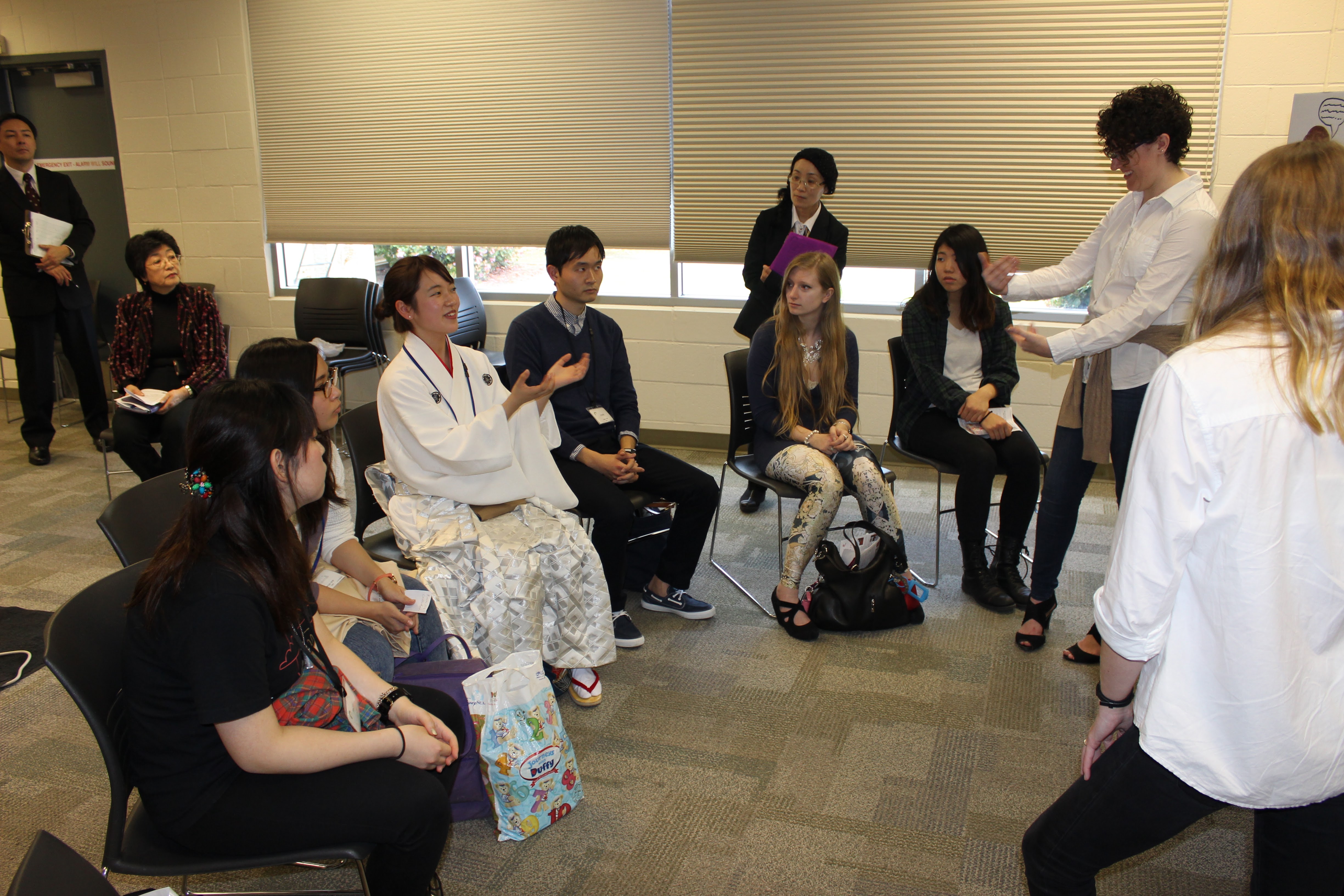 The B.A. in Japanese Language and Culture prepares students to be active participants in an ever-shrinking and increasingly interdependent world society by developing students’ literacy in global matters, multiculturalism and cultural diversity, as well as guiding students to achieve an impressive level of language proficiency (intermediate-high level, according to the ACTFL guidelines in Japanese) to be able to communicate effectively in Japanese with well-rounded Japanese cultural knowledge in history, literature and social sciences.

Kakehashi Project: The Kakehashi Project is a fully-funded, large-scale youth exchange program between Japan and the United States. Promoted by the Ministry of Foreign Affairs of Japan, Kakehashi aims to heighten potential interest in Japan and increase the number of overseas visitors to the country, as well as enhance international understanding of the “Japan brand,” or the nation’s strengths and attractiveness. The project is also anticipated to revitalize and boost the Japanese economy. Commissioned by the Japan-U.S. Educational Commission (Fulbright Japan), The Japan Foundation organizes the project in cooperation with The Laurasian Institution.http://www.laurasian.org/kakehashi/