Before the panel discussion kicked off, the first of three gatherings of our newest cohort of UROC Scholars took place. 19 students were selected from a strong pool of applicants for the competitive and prestigious Scholars program. They quickly bonded with each other despite many of them having never met before. With shared goals in mind, the group with over the Scholar agreement led by their instructor, Dr. Corin White, before joining other UROC Scholars for the main event. 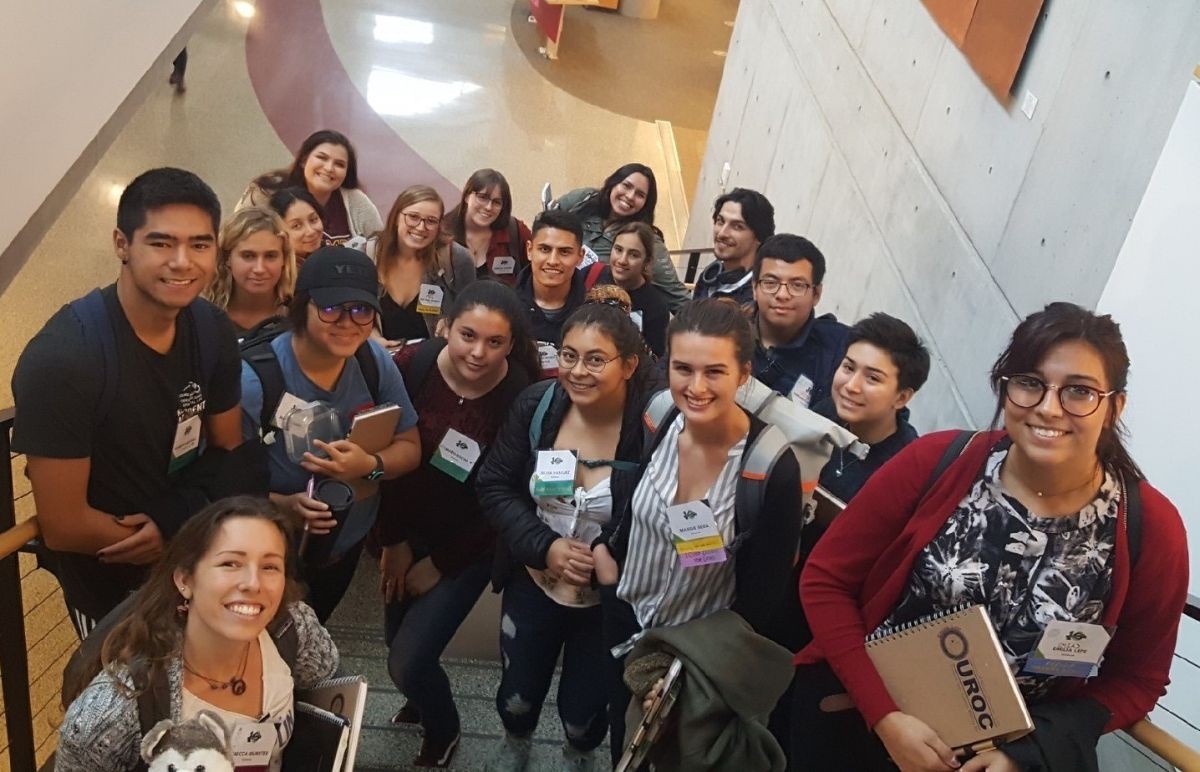 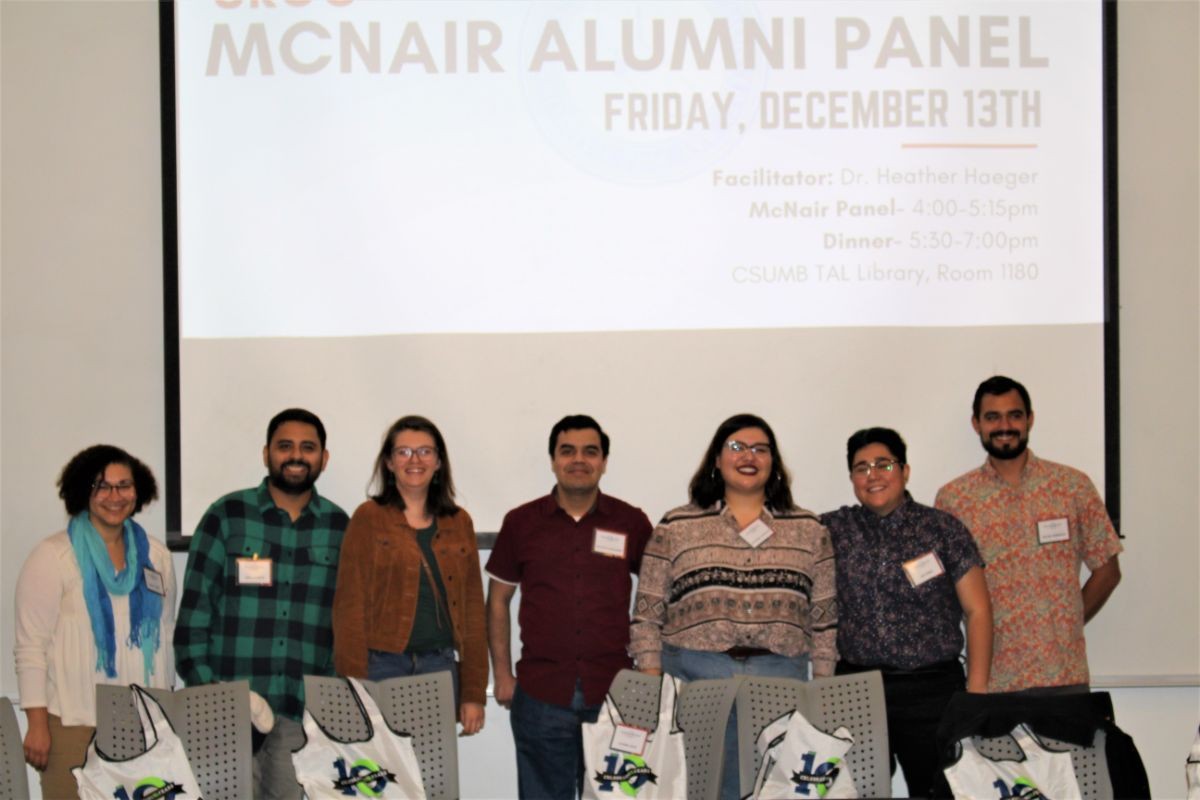 After panel introductions, questions were immediately asked: from challenges to finances to favorite memories during their days at CSUMB. Karina shared her challenges with the vast amount of reading and writing requirements in her first year. She recalls feeling overwhelmed, but continued reminding herself that it’s a high learning curve and developed new ways to cope with the workload including mantras for herself like “It’s uncomfortable because I’m growing.” Alexandria’s friendships with older students in her program helped ground her while validating her feelings. All agreed that it does ease over time so as long as you figure out what works for you and are willing to seek help.

The most inspiring moment from the panel discussion was the encouragement to dream big for grad school. Kevin talked about earning a Ph. D. in marine biology despite never having taken a course during his undergraduate career. His passion for the ocean is what drove him to pursue a career as a marine biologist and honest conversations with his advisor at UCSB helped make that a reality. “Listen to what your heart tells you when you meet with these people, but don’t be afraid to shoot for what really gets you stoked because that’s what’s going to give you the drive and energy to really succeed in what you’re doing.”

Following the panel, everyone enjoyed some wonderful conversation over dinner that allowed new Scholars to connect with not only the panelist, but with current Scholars. The UROC Scholar community grew that night and we are all very excited for the adventures that await this new group.