When Jesse Yamagata came to Cal State Monterey Bay, she wanted to study plants. But, as she acknowledges now, didn’t really know what she was getting into.

“As it turned out, I really had no idea what plant pathology was. Through plant pathology, you study the organisms that inter- act with plants. You look at plants from an entirely different perspective,” Yamagata said.

“Tim really opened my eyes to plant research. And it was more interesting than I had ever imagined. Tim was really the gateway, the door, to let me into plant pathology.”

Tim is Timothy Miles, an assistant professor in the School of Natural Sciences, who in two years as a CSUMB faculty member has sparked the interest of a number of students in the study of plant diseases.

Now the university, located in the midst of one of the nation’s most fertile agricultural areas, is looking to build its programs in crop and soil sciences from the ground up.

Andrew Lawson, the dean of the College of Science at CSUMB, said the university is developing a new degree in plant and soil sciences. Lawson said college leaders are meeting with local industry partners to build the curriculum. If the necessary approvals are obtained, the program could begin admitting students in fall 2018.

Miles, who earned his Ph.D. from Michigan State University, one of the nation’s leading agricultural land- grant schools, was working with the U.S. Agricultural Research Service station in Salinas, when he was hired at CSUMB.

“The reason why they wanted me here, I think, was to bridge the connection between CSUMB and the USDA in Salinas, kind of what we have with (marine science and) the Moss Landing Marine Lab,” Miles said. 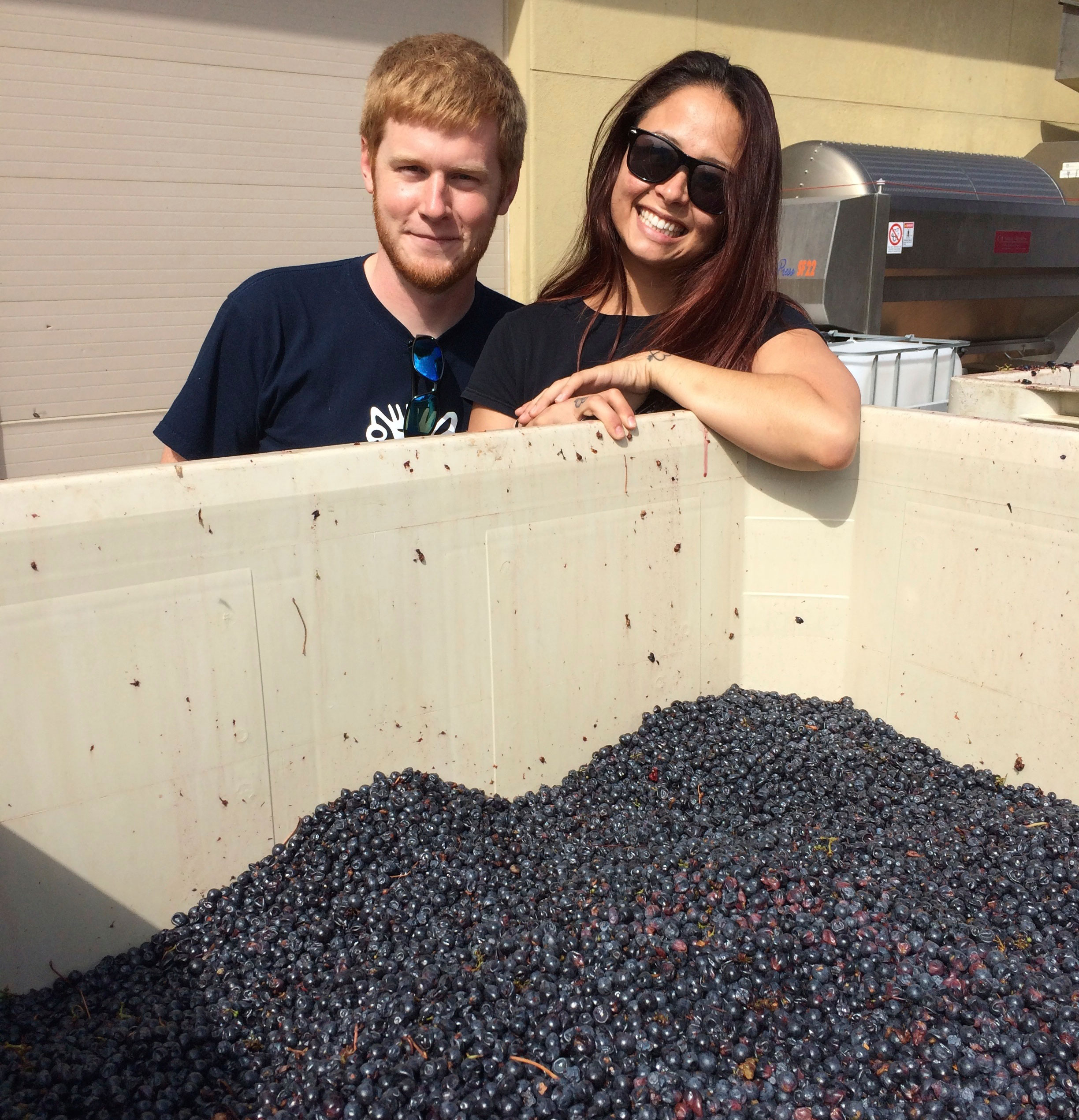 Miles has been building on the successes of Carolee Bull, a former USDA scientist and CSUMB adjunct instructor, who mentored a number of students before moving in 2015 to Pennsylvania State University to head its Department of Plant Pathology and Environmental Microbiology.

The growth of plant pathology studies at CSUMB is somewhat surprising because, at this point, CSUMB does not have a plant pathology major. Students who work in Miles’ lab typically earn a degree in biology. But they are earning scholarships at major universities to study for doctoral degrees in plant-related fields.

CSUMB has an outstanding pro- gram to help develop those scholars, the Undergraduate Research Opportunity Center (UROC) whose students consistently earn some of the nation’s most prestigious graduate scholarships.

Miles said he frequently visits introductory science classes on campus to let prospective students know about research opportunities in his and other labs around campus.

“Over the years, a lot of CSUMB students have had excellent research experiences working in plants in some way. A lot of the reason is UROC. They identify good students and, when they were working with Carolee and now with me, sending them to us,” Miles said. “It is a collaborative effort.”

The students working with Miles focus largely on independent laboratory research in molecular diagnostics, as opposed to field research. His wish list includes a campus greenhouse and a teaching headhouse that would help facilitate more hands-on plant science studies. He also has built relationships with grower cooperatives in the area – including the San Luis Obispo-based Vineyard Team, which promotes environmentally and economically sustainable vineyard practices, and the California Strawberry Association – to provide other research opportunities.

Yamagata’s research focuses on detecting fungicide resistance in a fungus that attacks grapevines. Another of Miles’ students, Aidan Shands, does similar research on a downy mildew that affects cucumbers. Both Yamagata and Shands pursued their research in summer internships at North Carolina State University and returned to Miles’ laboratory to continue their research this fall. 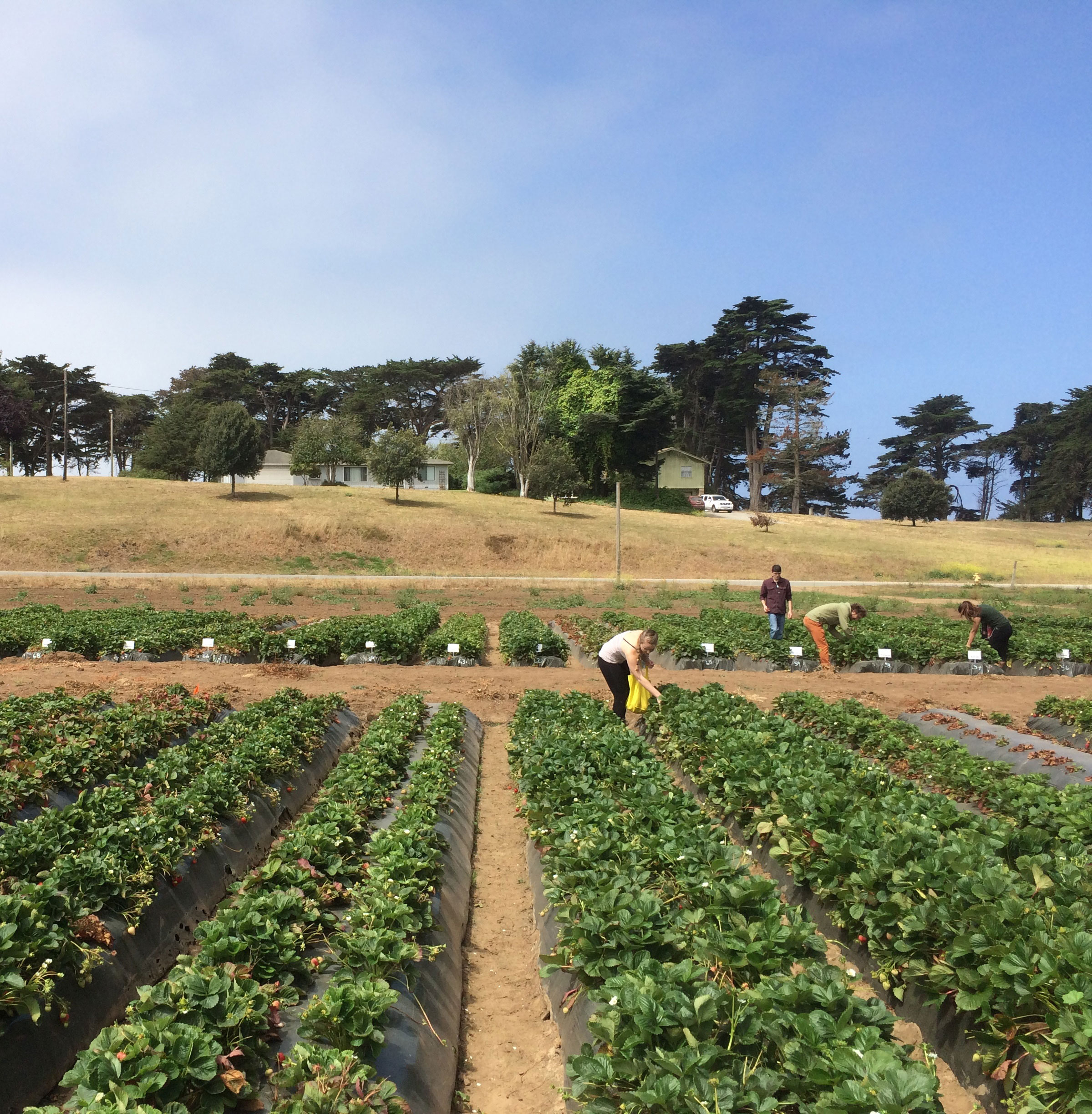 Students working at a strawberry field in Watsonville.

Yamagata and Shands will graduate from CSUMB in the spring. Yamagata is considering graduate schools; Shands is headed to UC Riverside, where he received a full scholarship for five years to study for his Ph.D. in plant pathology. Philip Engelgau, another of Miles’ students, graduated in December and has been accepted to the Ph.D. program in plant physiology at the University of Florida.

Juan Cerda, another student of Miles’, became one of the first two students at CSUMB to receive a Barry Goldwater Scholarship, will graduate from CSUMB in the spring and has accepted a full scholarship to study for his Ph.D. at Penn State.

To produce those results, you need outstanding students who are willing to be nudged in the right direction.

“It is a little tricky to get students to do what you want,” Dr. Miles said, smiling. “You need to explain why it is interesting, explain the background research. Once they get into it, they are creative and take it in different directions.”

Noah Luecke came to CSUMB as a transfer student with “a lack of focus. There was so much out there and so many different options, I didn’t know what I really wanted to do.”

Luecke worked with the Return of the Natives environmental education and habitat restoration program at a time when plant nursery programs were dealing with a pathogen that at- tacked the sticky monkey flower. That perennial plant is an important part of the native California habitat.

Luecke said he reached out to Miles and they began to work together on the research on how to better detect the pathogen.

“He took me in despite being aware that I wasn’t a perfect straight-A student. Our interests aligned and I think he recognized that I might have the skill set you need – the broad level of interest and a lot of dedication– to be a successful scientist,” Luecke said.

Luecke graduated from CSUMB with his degree in biology in May 2016. Since then, he has been working with the USDA in Salinas. In the fall, he will be heading to the University of Houston on full scholarship to study for his Ph.D. In other words, that “lack of focus” doesn’t seem to be an issue any more.