Our history definitely makes us stand out.

We grew out of Fort Ord, a decommissioned Army base with a rich history going back to 1917. Throughout the '50s, '60s and '70s, Fort Ord was a major location for basic training, reaching its heyday during the Vietnam War. Even celebs like Jimi Hendrix and Clint Eastwood completed basic training here. In all, more than 1.5 million men and women received basic training at Fort Ord.

When Congress decided to shut down Fort Ord, the local community proposed the base be converted into a university. In June 1994, that plan was approved and Cal State Monterey Bay began. Hank Hendrickson, then Executive Dean of CSUMB, signed the deed on August 29, 1994.

The opportunity to create a new university drew some of the most dedicated, creative and talented people in the field of higher education to Monterey Bay.

In a few short months, that team adopted the Vision Statement, which set out our core values, educational philosophy, and defines what we aspire to be. 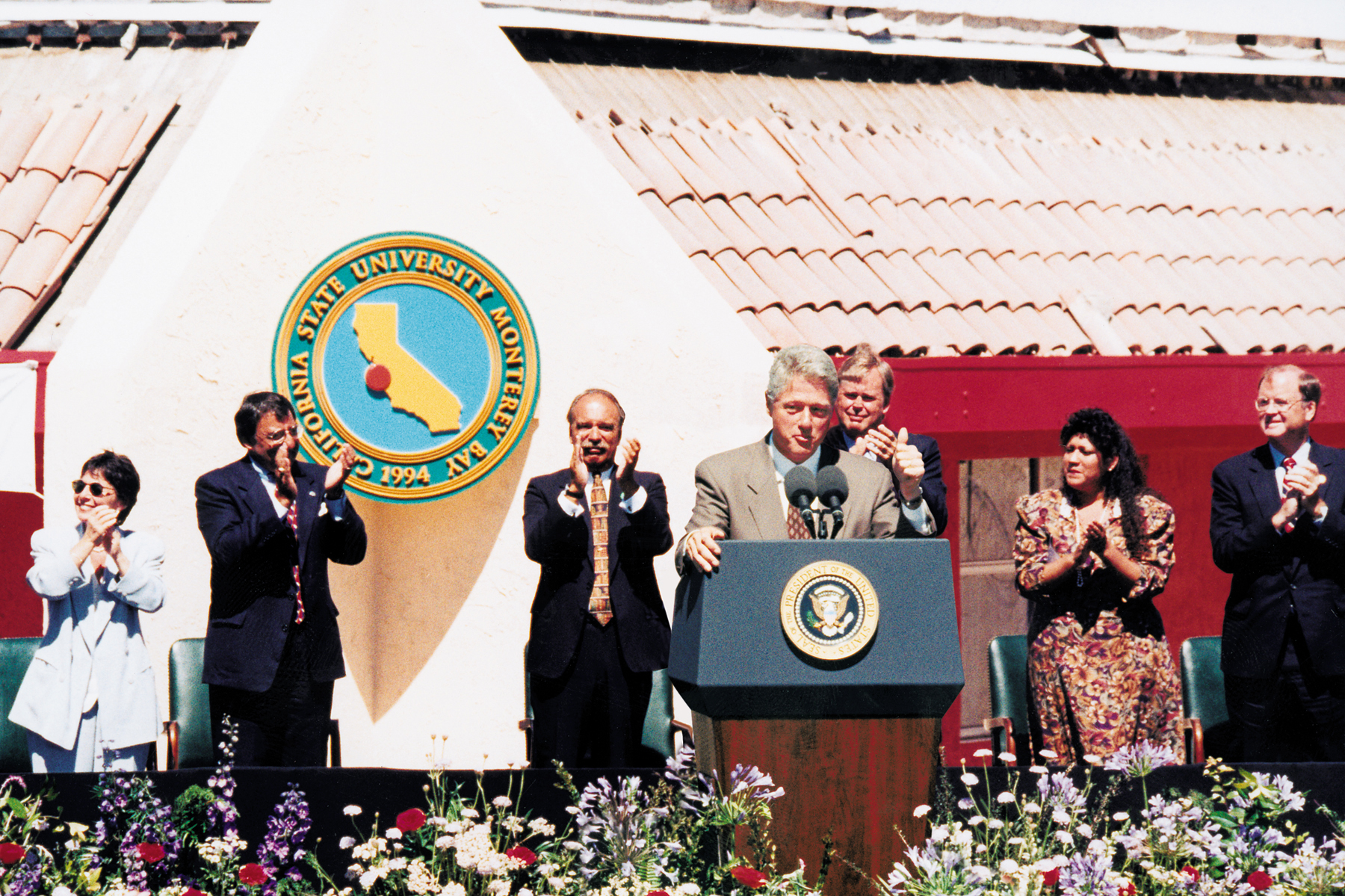 August 28, 1995, marked the first day of classes, and as our pioneer alumni can attest, the campus was still a bit rough around the edges. Even so, then-president Bill Clinton paid a visit to the university's opening dedication ceremony. The entrepreneurial spirit and camaraderie that those early classes embodied still exists on-campus — students are empowered to get involved, start things up and grab every opportunity they can imagine so that CSUMB reflects them and their passions as much as it makes a difference in their lives.

Over the next several years, CSUMB continued to grow and evolve. We got new majors. We added athletic teams competing in more sports. Brand new state-of-the-art classroom buildings and residence halls went up, and we started getting attention and recognition for what we had accomplished — our Service Learning program was highlighted in U.S. News, Intel praised our wireless accessibility, and the team of scholars who accredited us said, "It is our view that CSUMB is a product of scholarship at its best — rigorous, ethical, socially responsible, and respectful of the values and strengths of a diverse group of people who have adopted a common vision and sense of purpose." 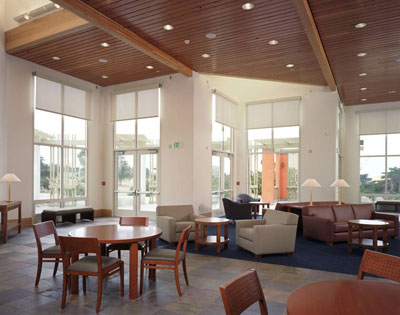 Today, you'll still find pieces of Fort Ord's military past across campus -- in murals, in renovated buildings, and even in new buildings like the Alumni & Visitors Center (the lobby ceiling is made of wood recycled from demolished Army barracks). You'll also find the wisdom and creativity of the founders in the faculty (yes, some of them still teach here) and in the curriculum. You'll enjoy traditional events such as Earth Week and hangouts like the BBC, started up by pioneer alumni. And you'll have a chance to weave your own story into ours, and become a part of our history as it unfolds.