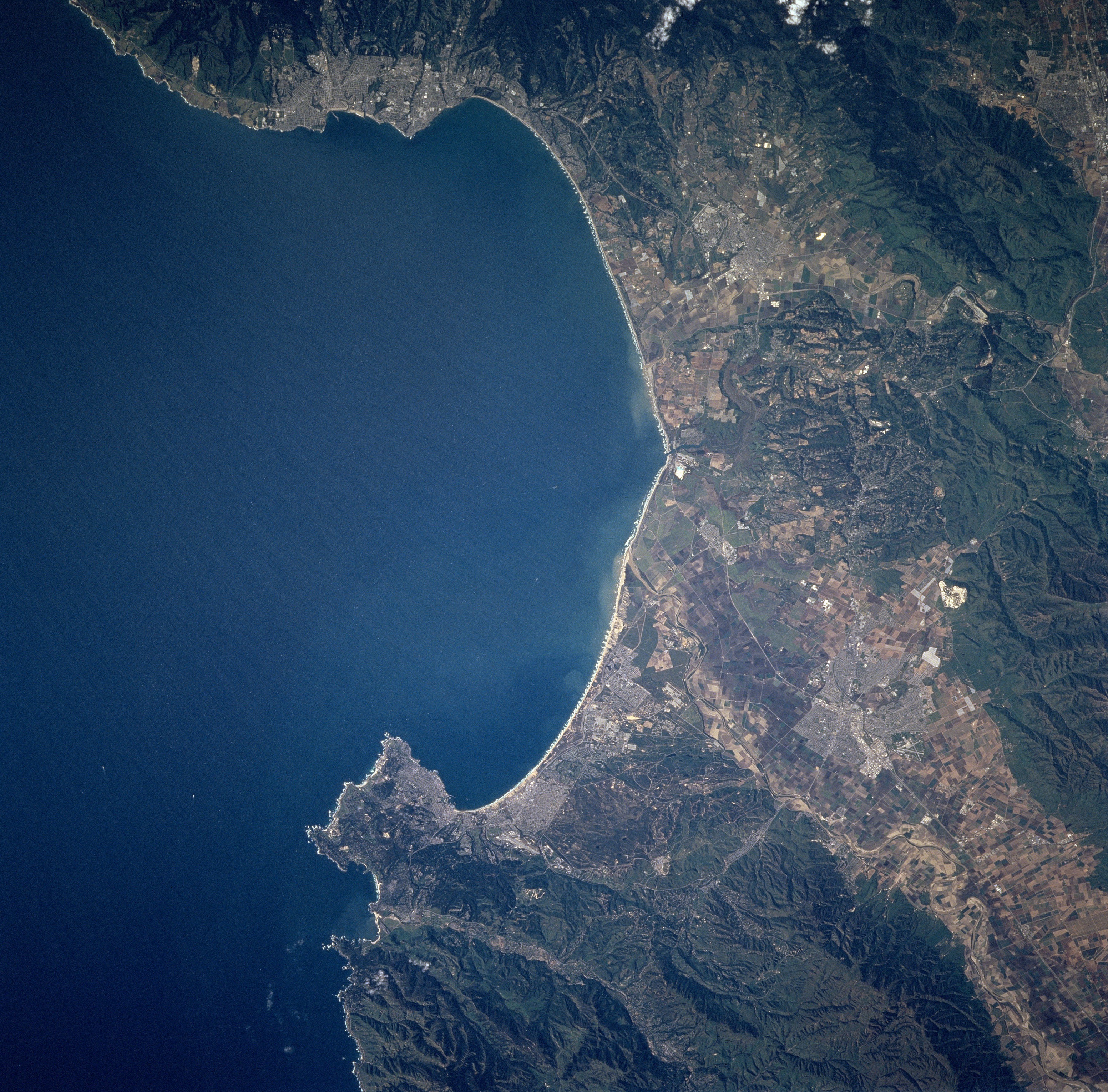 Monterey Bay as seen from space.

Monterey Bay is on the central coast of California, just two hours south of San Francisco. The bay itself is one of the largest marine protected areas in the world and home to whales, deep sea anglerfish, and of course our mascot, sea otters. The CSUMB campus is close to pristine beaches, redwood forests, tidepools, and the Fort Ord National Monument.

The campus sits halfway between the Monterey Peninsula, which features the coastal communities of Pacific Grove, Monterey, Seaside and Carmel, and the Salinas Valley, known as the "Salad Bowl of the World"for its abundant agricultural production. The city of Salinas is the county seat and served as the setting for many of John Steinbeck's novels.

The campus straddles the cities of Seaside and Marina, which are small, diverse communities where many of our students live and work. We also offer online programs for those who don't live in the area.

One thing that makes Cal State Monterey Bay different from any other campus in the country is our location. Not only are we just one mile from the beach, we are on the site of a former Army base.

Going to school on an old Army base can be pretty cool. For example, the Visual & Public Art Department has made an amazing studio and gallery space out of old motorpool buildings. You'll find many bits and pieces of this history all over campus – unique and surprising reminders of Monterey Bay's military past.

On the down side, there are old, unused Army buildings along the roads just off campus that have not yet been demolished. Getting rid of these buildings is a top priority for us, but these things take time and money. Rest assured, the university leadership is working hard on it.