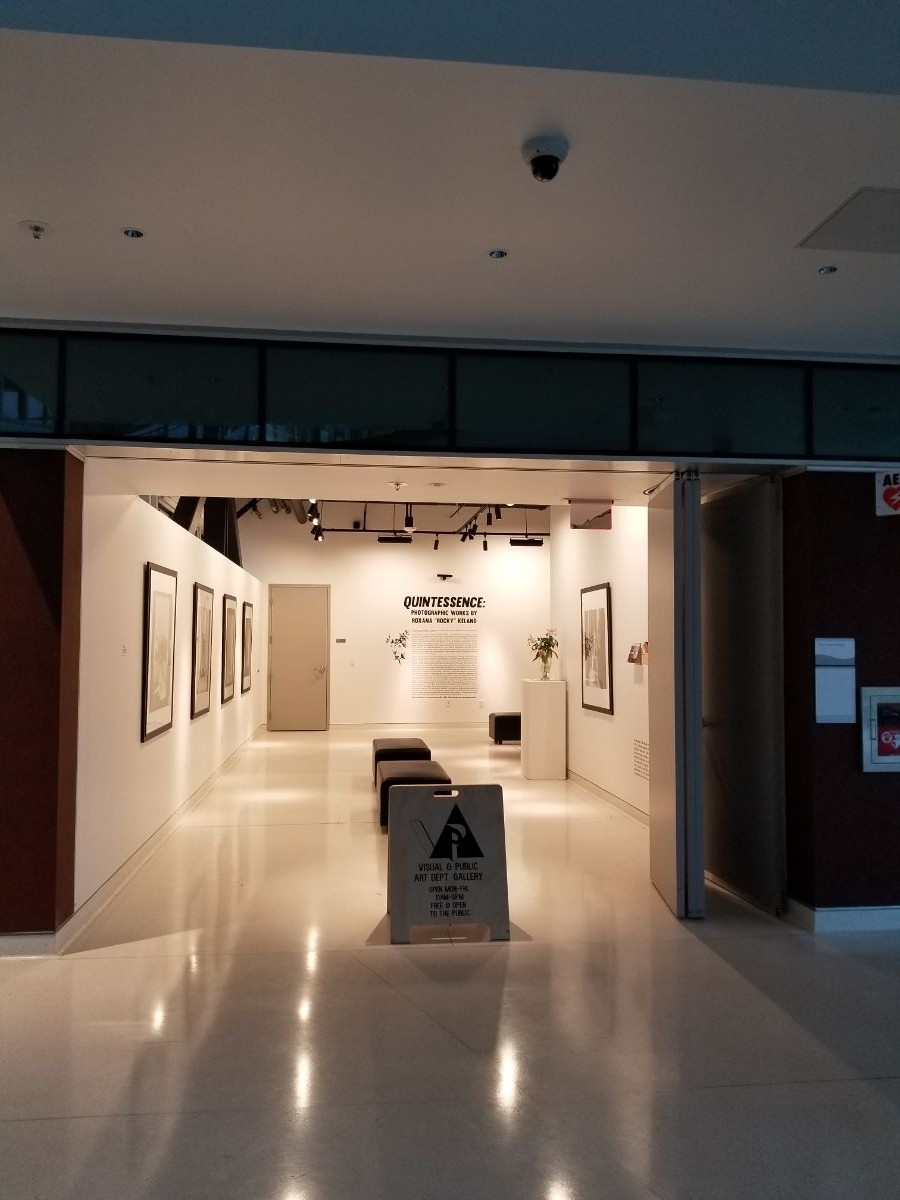 The Visual and Public Art Gallery opened officially on October 11 following the dedication of the Skylight Mural by Professor Emerita Johanna Poethig. The mural was made possible in part by a generous donation from Roxana (Rocky) Ruth Earley Keland, a member of the first graduating class of the Visual and Public Art Department, and an unwavering supporter of VPA. She passed away March 3, 2019. Her husband, Bill, established the Roxana E. Keland Memorial Award for Visual & Public Art scholarship in her honor.

The Visual and Public Art Gallery's first exhibit features, "Quintessence: Works by Roxana "Rocky" Keland." The exhibit is on display through December 13, 2019. All are welcome during regular open hours of Monday-Friday, 11 am-5 pm, CAHSS 504-1200 (main lobby).

VPA alumna, Roxana Keland used the camera s an instrument to explore transient moments through fractions and seconds (a measurement of time inherent to the medium of photography). Examining the symbolism of time, transcendence, and the unexplained, Keland's black & white and color photographs explore landscapes, fauna, and fire as juxtaposed against the hard geometric shapes that ar raw, tactile, and enduring. Using the organic visual elements of line, pattern, and texture, Keland's large-scale works also reveal an interest in design. The additional elements of scale, rhythm, and balance are often used in tandem with the ephemeral nature of space, light, and shadows. Keland's final body of work embraces and exploits the visual impact of photography, and is collectively bold and intense, seductive and inciting.

The Visual & Public Art Department dedicates the exhibit tot he memory of Roxana. As an unwavering supporter of VPA, her contributions have left a lasting impact on the VPA program and students. Her project support included mural funding for Marina High School, the CSUMB Vision Mural, the Songs for Women Living with War memorial, and the signature Skylight mural at the entrance to the College of Arts, Humanities, and Social Sciences Building 504. The photographs in this exhibit represent her final body of work.