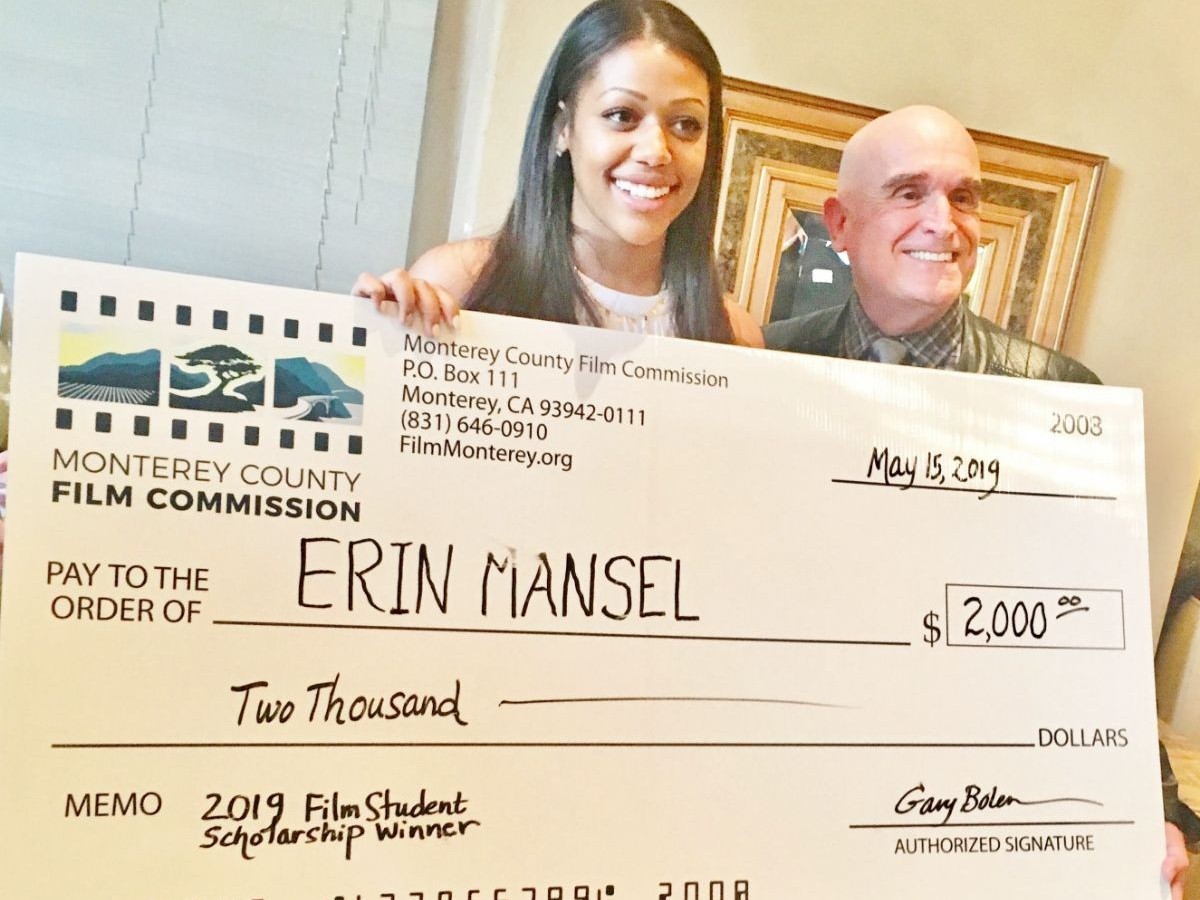 Erin Mansel, a Cinematic Arts and Technology major, was named the 2019 winner of the $2,000 scholarship in the Monterey County Film Commission’s Director Emeritus Richard Tyler Film Student Scholarship Award Program. Her framed award certificate and check were presented at an event at the Club at Pasadera on May 15. Mansel is originally from Los Angeles, and has worked as the producer of eight student films.

The Monterey County Film Commission’s scholarship program was created in 2008 to provide financial aid and incentive to students of film as well as beginning filmmakers who reside in Monterey County, or those enrolled in a college or university here. The fund was established as a permanent endowment with the Community Foundation for Monterey County.

This project relates to who I want to be as a filmmaker in my future, which is someone who strives to create content that represents all people.
— -Erin Mansel

Mansel’s film, “Screaming in Silence,” deals with the differences between the deaf and hearing communities, the acceptance of being deaf, and makes a strong statement about creating one’s own voice. She plans to use her scholarship award to pay for film festival fees and outreach for the production, hoping to spread awareness about the issue of deafness and knocking down barriers.

Two other worthy film student scholarship applicants from CSUMB were recognized as well and awarded $500 each. They were Toni Erebia, originally from Fresno, who plans to use the funds for studying abroad in a British film class or for funding her Capstone project, and Nicolas Oliva, from Apple Valley, who has his film already in post-production and will use the funds to go on the film festival circuit.

“The Monterey County Film Commission is dedicated to helping identify and promote the next generation of local young filmmakers,” said Gary Bolen, chairperson of the MCFC scholarship committee. “Hopefully this scholarship will assist these students as they take their next steps into a lifelong career in the film industry.”