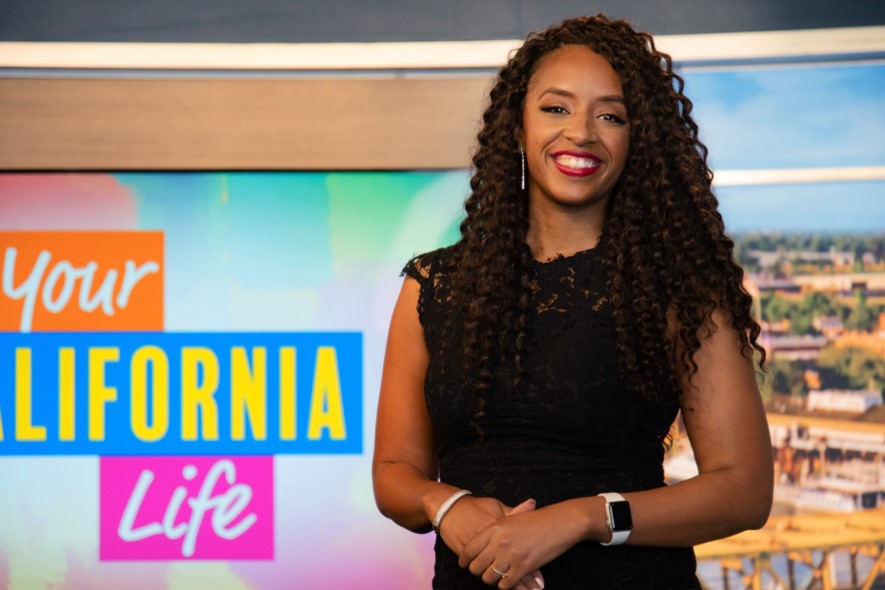 Desiree Sheppard is from the Inland Empire in Southern California. Sheppard chose CSUMB because she knew she wanted to work in journalism and media studies after speaking with an advisor at a college fair. Not only did CSUMB’s affordable tuition rates influence Sheppard’s decision but she also wanted to still enjoy the scenic beach views she grew up seeing in SoCal. Sheppard credits the university’s internship program for helping her get to where she is today. While attending CSUMB, Sheppard interned for KSBW Action News 8, which opened the door for her to get into the news and media industry. Sheppard declares, “I’m such a huge advocate for internships since my days at CSUMB because it gave me the opportunity to get that hands-on experience, while allowing me to network with individuals who already work in the field.” After she graduated, Sheppard let the news director know that she wanted to work for him and was immediately offered a part-time position with KSBW.

The most memorable moments that Sheppard recalls while attending CSUMB were the dances, concerts, and different performances she would frequent at the Black Box Cabaret on campus. She also recalls working at the Dining Commons and insists that, “the peanut M&M cookies sold there were the best ones, hands down!”

Sheppard is currently the Anchor and Executive Producer for ABC10’s lifestyle show, Your California Life based in Sacramento. “I get the opportunity to highlight local businesses, events and nonprofit organizations in the community. I’ve also had the opportunity to interview celebrities including Steve Harvey and Mike Rowe,” Sheppard highlights. In addition to interviewing celebrities, Sheppard’s other duties include prepping the daily show, creating the daily rundown, writing scripts, determining how to stack and organize the show, coordinating sales integrated sponsored pieces, and planning on-location shoots. Sheppard concludes, “You have to be able to multitask to work in the world of live television which keeps me happy because I love to keep busy!”