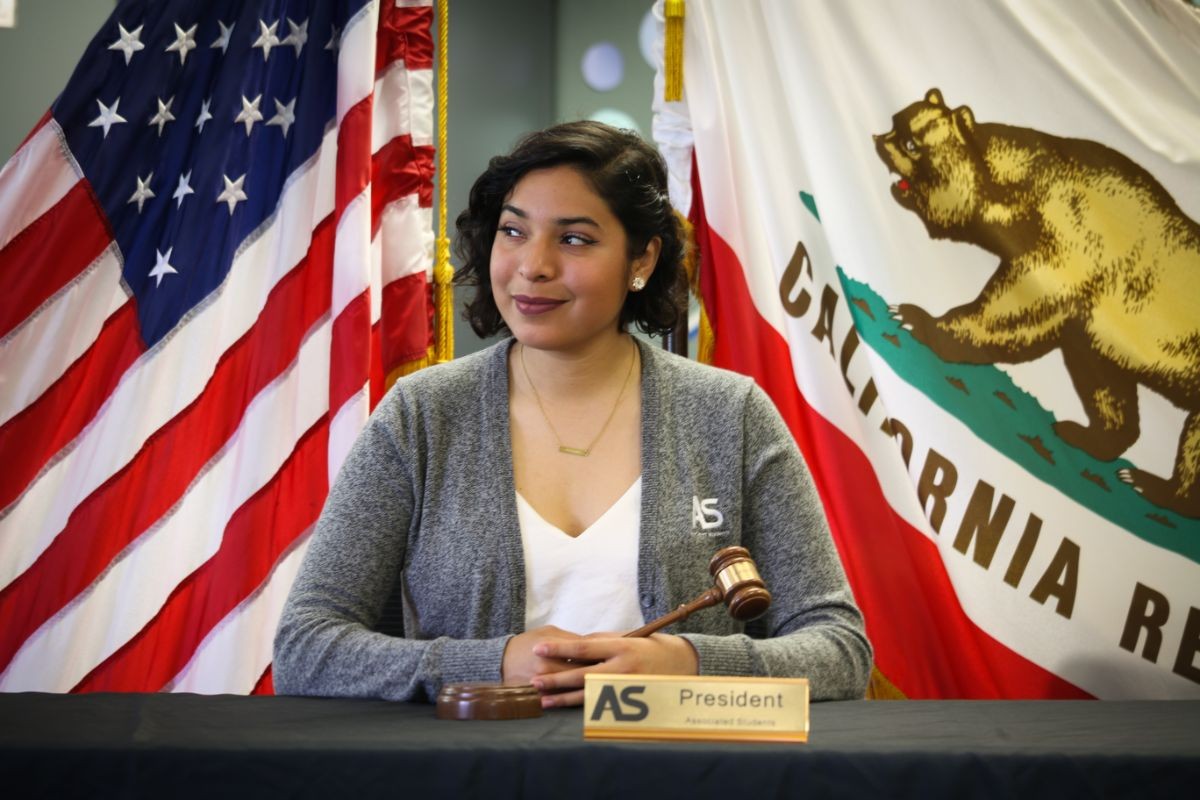 Ana Gonzalez, CSUMB’s new Associated Students (AS) president, never thought college was a possibility growing up. She grew up in a town in Mexico, just south of San Diego, in a family where no one had earned a college degree before. Her mother, however, dreamed of her two daughters being educated and living in the United States.

“My mom is the biggest reason I’m here today. Growing up with a single parent, I thought how can I make her dream of being in the U.S. my dream?” Gonzalez said. “I make her happy having accomplished all this, and it’s made me really happy.”

From the seventh grade on, Gonzalez would wake up at 5 a.m. to accompany her sister across the border to attend school in San Diego. During her junior year of high school, she took a trip to visit colleges across California. The group’s last stop was at CSUMB, and Ana was captivated by a beautiful pink-orange sunset over the campus.

“It’s a cheesy story, but I looked up and knew it was the right school for me,” she said.

At first, Gonzalez worried about the financial burden it would place on her family to attend college so far away from home. “My sister really pushed me to go far and give myself the opportunity to be away from the border,” she said. “To allow myself to actually have the education I deserve.”

My sister really pushed me to go far and give myself the opportunity to be away from the border. To allow myself to actually have the education I deserve."
— Ana Gonzalez, AS President

Gonzalez has made the most of the opportunity. She will graduate this spring with a degree in environmental studies and a minor in Chicanx studies. She’s discovered a passion for environmental community leadership, a pursuit that came into focus for her during her service learning placement with the Watershed Institute and Regeneración: Pajaro Valley Climate Action.

“I had the opportunity to work with farm workers and talk about how our communities are being more impacted by climate change, and what we can do about it,” said Gonzalez.

In June, Gonzalez presented at the Next Earth conference on some of the complexities she’s faced as a first-generation Chicana working within the environmental movement.

She discussed times when she felt like an insider or an outsider: “I’ve felt like an outsider with my family. It’s difficult because of the opportunities and privilege I have versus my family in Mexico. Reusing or thinking about where trash goes is not a priority when you may go days without water or worry about your next paycheck.

When I have the opportunity to talk about the environment with other students, I feel good. They are willing to listen and think about my perspective.”
— Ana Gonzalez, AS President

“I feel like an insider just being at CSUMB and in leadership positions on campus. When I have the opportunity to talk about the environment with other students, I feel good. They are willing to listen and think about my perspective.”

Her peers clearly value Gonzalez’ approach, since they voted for her to represent them as AS president. She aims to use her platform to lobby for financial aid in Sacramento, to research the possibilities for sustainability programs called for in the campus master plan, and to initiate conversations about a Dream Center for DACA (Deferred Action for Childhood Arrivals) students.

After she graduates, Gonzalez plans to apply for a fellowship in the State Capital, and then take some time to travel and decide on her long-term goals. She’s interested in serving in the Peace Corps and continuing her studies in a master’s degree program.