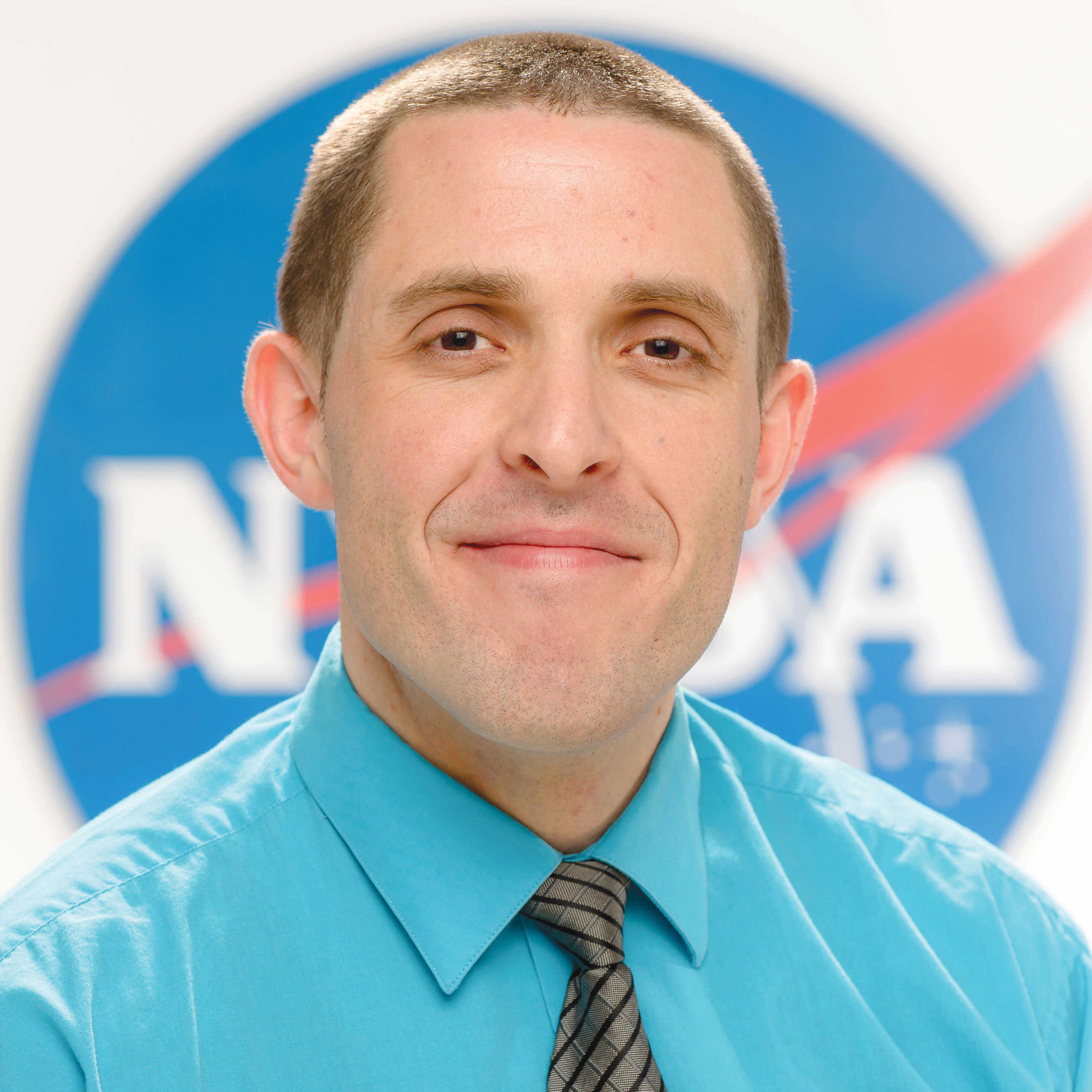 Ryan T. Scott (2013, Kinesiology) hails from a lineage of aviators, but he never would have predicted a career path so intimately involved with flight, not to mention one leading spaceflight research for NASA.

“When I graduated high school, I had very little desire, or even considered a career involving flight or the Air Force. I wanted to pursue a different path than my father and grandfather,” Scott said.

Scott’s father and grandfather both served in the U.S. Air Force and his parents met while his father was stationed at Fort Ord in the late 1970s. Growing up in a military family, Scott lived all over the world – from Alabama to Japan – but his roots are here, in Monterey.

“The Monterey area was the one area we always seemed to return to, that’s one of the reasons I ended up at CSUMB. And my parents now live in Carmel, so I will always have a place here,” he said.

While at CSUMB, Scott was not initially interested in physiological or engineering sciences but credits professors Kent Adams, chair of the Kinesiology Department, and Trish Sevene, his human anatomy and physiology professor, for inspiring him to pursue a career of scientific exploration.

“Their enthusiasm and genuine excitement for science led me to pursue my dreams and a career in scientific research. Through their classes, I not only developed a love for science, but also learned how to be a vital link in the ongoing chain of discovery – I learned how to pass it on to future generations.”

Despite Scott’s initial admonitions toward a career in flight, here he is, following in the steps of his father and grandfather; conducting spaceflight research for NASA and passing his knowledge on to students at San José State University (SJSU), where he teaches human anatomy as a lecturer professor.

Scott specifically noted the collaborative work climate at NASA’s Ames Research Center. “Right off the bat I was struck by the humility of everyone there. You have some of the smartest people from all over the world, yet everyone maintains such a humble demeanor,” Scott said. “Overall it’s an amazing team effort and an honor to be a part of the interdisciplinary nature of the research taking place at Ames.”

I had very little desire, or even considered a career involving flight...

In addition to his research and teaching at SJSU, Scott is also a member of the NASA Ames Research Center’s Speakers Bureau. This entails speaking, presenting and representing NASA throughout the community from elementary schools, to international visitors, to colleges, to every corner of the public.

It is evident that Scott leaves a positive mark on every person, place and thing he touches. While at CSUMB, he was a leading figure in reestablishing the CSUMB rugby club, and to this day remains a stalwart alumni supporter of both the women’s and men’s rugby clubs. Scott’s efforts in growing the popularity of the CSUMB rugby clubs were essential to the eventual construction of the student activities rugby field that stands today in North campus.

Scott is an inspiration, a role model and living proof that anything is possible if you follow your dreams. “And it all started at CSUMB as an undergrad – when I fell in love with science,” he said.