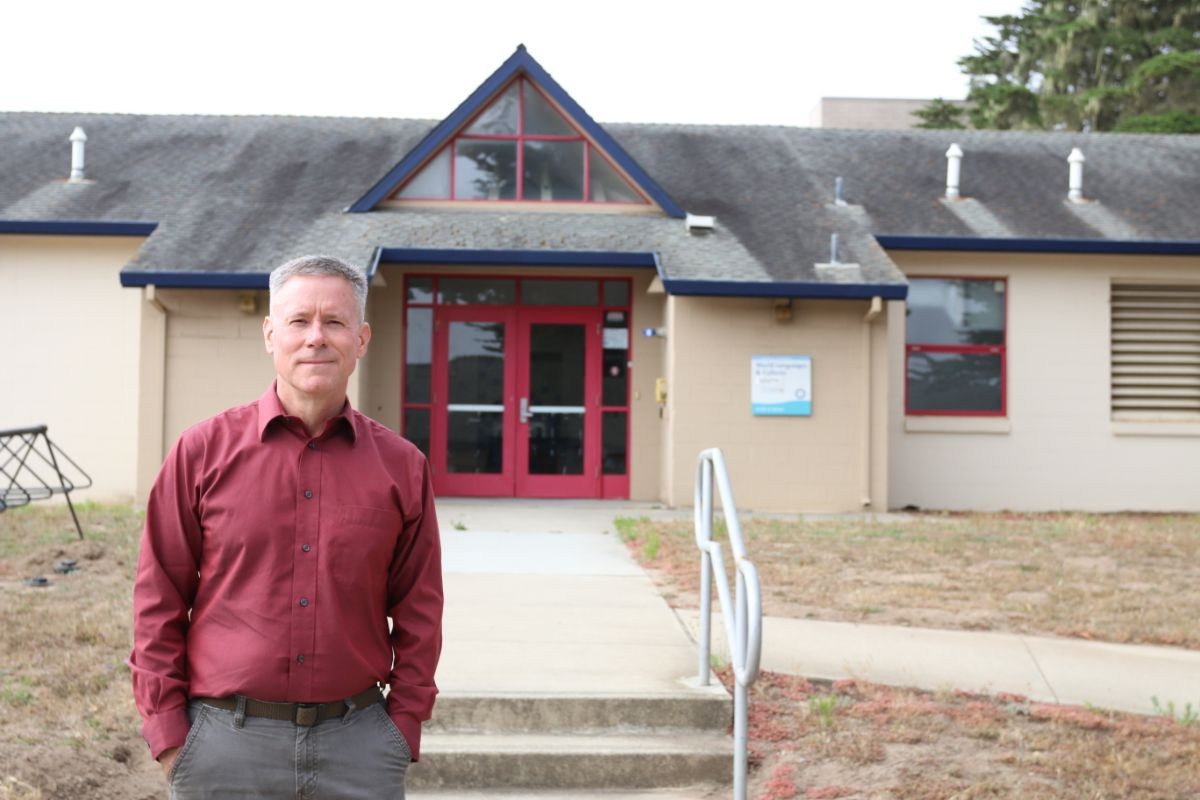 Assistant Professor John Olson first arrived at the soon-to-be California State University, Monterey Bay (CSUMB) campus in the summer of 1991 as a U.S. Army Captain, at a time when the “campus” had a much different purpose.

For much of the 20th century, Fort Ord military base served as a classroom for soldiers who attended class in the field and conducted “research” in foreign nations across the world. With shorter hair and equipped with the tools to fight and win our nation’s wars, the “pupils” of this era arose before dawn and spent their days and nights training in the dense foliage now known as Fort Ord National Monument.

Olson has had the unique privilege of leading both the young soldiers stationed at Fort Ord in the early 1990s and teaching CSUMB students in the Department of Applied Environmental Science in 2019. While the curriculum has changed significantly over the subsequent 25 years, the land that was once Fort Ord remains a place to learn for the eager young minds whose impact will have a global significance.

From 1991-93, Capt. Olson served in various roles with the U.S. Army’s 4th Battalion, 17th Infantry, 7th Infantry Division. He was battalion logistics officer when he learned that Fort Ord would be deactivated. The news came as a surprise to Olson, as he was already in the midst of supervising the units’ move to Fort Lewis in Tacoma, Washington.

As the battalion logistics officer, my mission changed from move everything, to turn everything in. I knew it was a very large operation to make everything disappear within six months’ time.”
— Assistant Professor John Olson

“The original plan was for 7th Infantry Division not to go away, but to move to Fort Lewis. We were in the middle of packing up to move to Fort Lewis when I was informed that we were deactivating,” he said. “As the battalion logistics officer, my mission changed from move everything, to turn everything in. I knew it was a very large operation to make everything disappear within six months’ time.”

Preparing Fort Ord to be deactivated was a tedious and time-consuming operation, especially from a logistics standpoint, but there were some perks to being on such a short timeline. The Army’s Moral, Welfare and Recreation (MWR) program, for example, provides service-members and their families with recreational community activities to help contribute to their retention, readiness and emotional well-being. In this case, the MWR had a 12-month budget but only six months’ time.

“One of the most entertaining parts about closing down Fort Ord was the excess MWR fund. MWR used the funds to buy tee times at Pebble Beach and gave them away to the soldiers. A lot of young soldiers were able to play Pebble Beach who otherwise would have never had that opportunity. I’ll never forget that.”

It was not all fun and games for Olson, however, who was ultimately responsible for ensuring that every last piece of gear was submitted back into the Army’s logistics system for redistribution across the country. Once this mission was complete, it was Olson who physically locked the doors on the last buildings owned by the Army on Fort Ord; buildings that would eventually become CSUMB’s student services buildings. 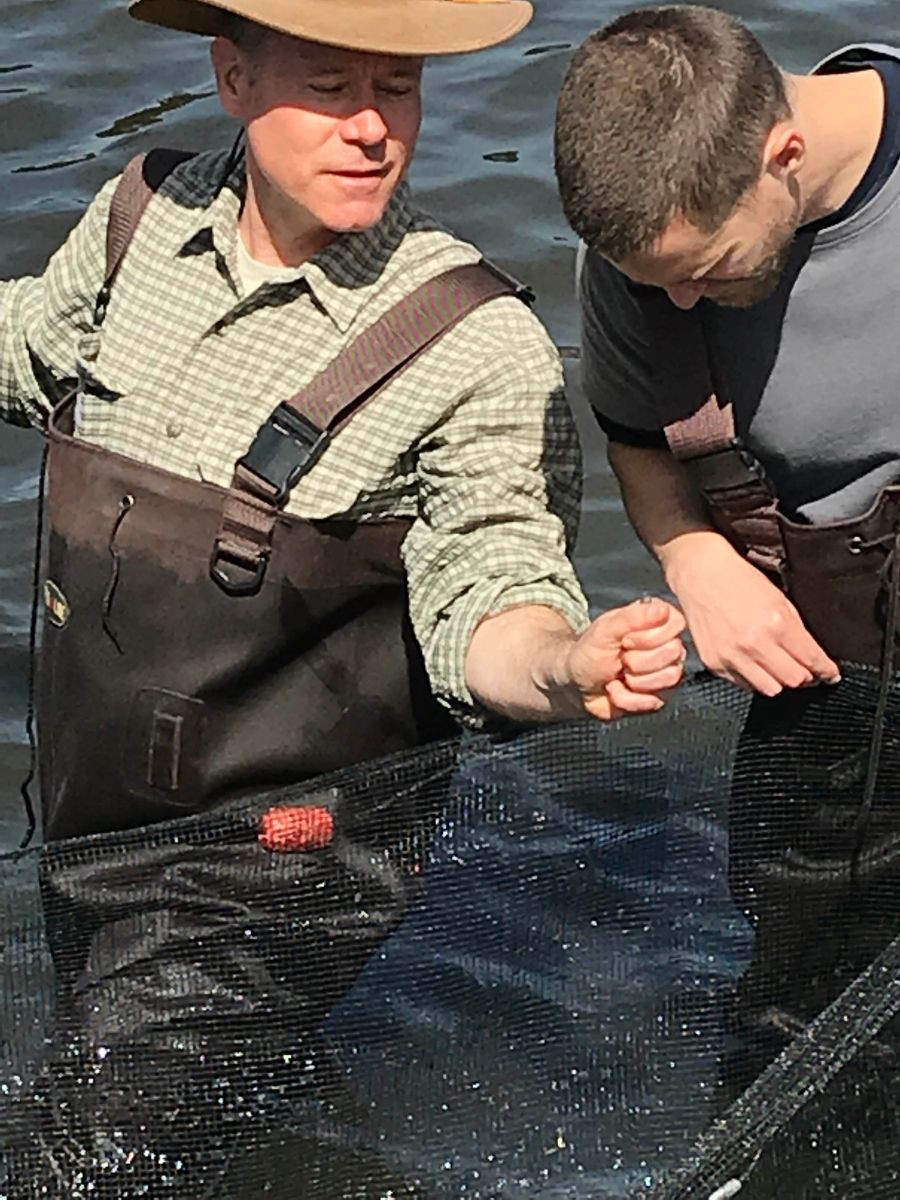 Olson left the military shortly after Fort Ord’s closure in 1993 and changed careers, becoming a renowned freshwater scientist. He studies how rivers, lakes and streams are influenced by their watersheds.

His knowledge improved river health and management across the nation, first in the Southeastern United States while earning his master’s in Environmental Science from Columbus State University in 2002, and later in the Great Basin, Rocky Mountains and the Desert Southwest, while earning his doctorate from Utah State University in 2012. It wasn’t until 2015 that Olson considered returning to the place he once knew as Fort Ord.

“I never really thought specifically about returning to CSUMB, but I did know that it had been created and existed. We drove through here in the early 2000s just to see what was still here, and we were amazed to see that some of our old buildings were still standing. I acknowledged CSUMB as a possibility, but there were several reasons I thought that it would never actually happen.”

In December 2015, Olson was a researcher at the Desert Research Institute in Las Vegas. While visiting San Francisco for a conference, he was on a ferry when he noticed three different people had emailed him regarding a job posting at CSUMB.

“I was very happy at the Desert Research Institute and was planning on staying there for the rest of my life. But when I saw the job posting specific to freshwater ecology with large emphasis on spatial analysis I thought, ‘That’s sort of my thing, I should probably apply for this!’ ”

Olson landed the interview and received parking instructions from CSUMB’s University Personnel. The instructions directed him to a parking lot outside of building 58 – the same parking lot where he once parked as Capt. John Olson more than 20 years prior.

“When I arrived, I pulled into that same exact parking lot where I used to park 25 years before. It was just completely surreal. It was all the same, but all completely different at the same time.”

Olson officially returned to CSUMB for the spring semester of 2017, nearly 24 years after he locked the doors to Fort Ord in 1993. He has since mentored eight graduate students and 16 undergraduate students on various freshwater ecology research projects.

I am still doing a lot of the same basic things, just with a different purpose. I give a team a goal, and a challenge to achieve while helping them understand how what they are doing fits into the broader context. I get to explain how their actions will affect the greater good.”
— Assistant Professor John Olson

One project in particular stands out. It is funded by the Department of Defense (DOD) and studies environmental DNA at several military installations on California’s Central Coast.

Olson and his student researchers have measured environmental DNA at over 100 sites across Vandenberg Airforce Base, Camp Hunter Liggett, Camp Roberts, Camp San Luis Obispo and Los Padres National Forest. The research results will be used to design better conservation strategies both for DOD and non-DOD lands.

“I had about 20 students out collecting data across all these locations. The students really had the full experience, driving remote roads, getting stuck, fording rivers and accessing beautiful and remote places that most people don’t ever get the chance to see,” Olson said.

“We can identify these places where the highest conservation value exists and better protect them. It is very valuable, applicable and important research that we are doing.”

Although his professional mission has changed significantly over 25 years, Olson has observed some similarities between the leadership values in his role as a military officer and as a faculty member at CSUMB.

“I was really surprised by how many of my military leadership skills transferred over to teaching. I was never really taught how to teach, but I would always hear other professors referring to a term called ‘scaffolding.’ I finally figured out that was the same concept we used in the military called ‘crawl, walk, run.’ It’s the same exact concept, so I found that those skills really translated well from military officer to faculty.”

“I am still doing a lot of the same basic things, just with a different purpose. I give a team a goal, and a challenge to achieve while helping them understand how what they are doing fits into the broader context. I get to explain how their actions will affect the greater good.”

Over the last 25 years, CSUMB has undergone its own scaffolding process and successfully transformed a former military base into a nationally-recognized, comprehensive university that prepares students to be innovative leaders and thriving citizens. Olson’s personal story seems to mirror it all, and take it even one step further.

“It’s really full circle for me. I was stationed here in the Army, and now I am here conducting research with CSUMB students; research that is being funded and used by the DOD. It’s just amazing how this has all come together.”