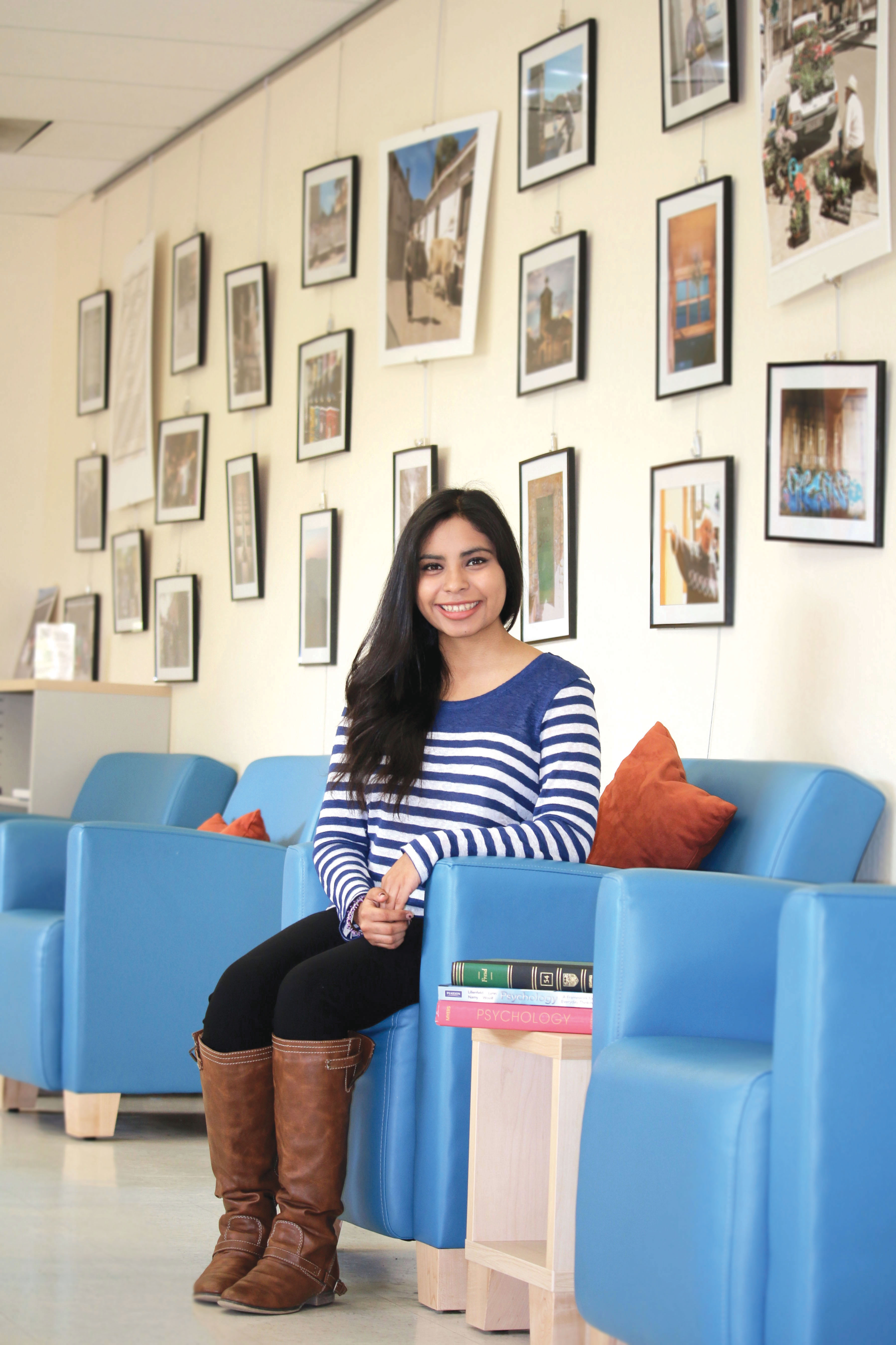 “I don’t just want a job, I want a career,” says Christina Lemus, a first-generation college student who has set her sights on working for the FBI as a special agent.

She’s laying the groundwork now, as a psychology major with a minor in pre-law. She’s also actively involved on campus, especially around raising awareness of sexual assault and domestic violence.

Her sorority, Theta Alpha Sigma, has focused their community service and philanthropy around women’s empowerment, and Lemus has taken a leadership role in organizing events on campus, such as Take Back the Night – a march against sexual violence – and Denim Day, an educational event that emphasizes that assault is never the victim’s fault, no matter what she is wearing.

Lemus’s activism extends beyond campus – she works directly with survivors as an advocate with the Monterey County Rape Crisis Center and volunteers with her sorority sisters at Dorothy’s Place, a women’s shelter in Salinas. She’s also worked with the MCRCC’s campus advocate to organize a series of events for April, Sexual Assault Awareness Month, and bring more of that organization’s resources onto campus.

“We want to make people feel they are in a safe space, but also to be aware and not turn away from these issues,” Lemus said. “And we always provide resources for people who may feel triggered.”

Understanding trauma is also a focus of Lemus’ academic life. In addition to her 19-unit course load, she’s working with Professor Christine Valdez in the Psychology Department to conduct a study on trauma and recovery.

“We are surveying students to learn more about traumas they have experienced – anything from car accidents to rape or assault,” Lemus said. Depending on the results of those initial surveys, they will select a demographic to continue working with and conduct a range of physiological tests, such as electroencephalograms (EEGs) to see how their bodies react in different situations. “We hope to publish a paper or present this research at a conference,” she said.

Lemus hopes these activities will help her land a competitive internship with the FBI next summer. Ultimately, she wants to pursue a graduate education – she’s looking at the Ph.D. program at the University of Colorado Springs where she can continue her research with trauma patients.

As the youngest of six children and the first in her family to attend college, she’s concerned about the costs of continuing her education, but refuses to let those worries deter her from her goals.

The Pomona native has a clear sense of her mission: “I want to make a change in the world.”