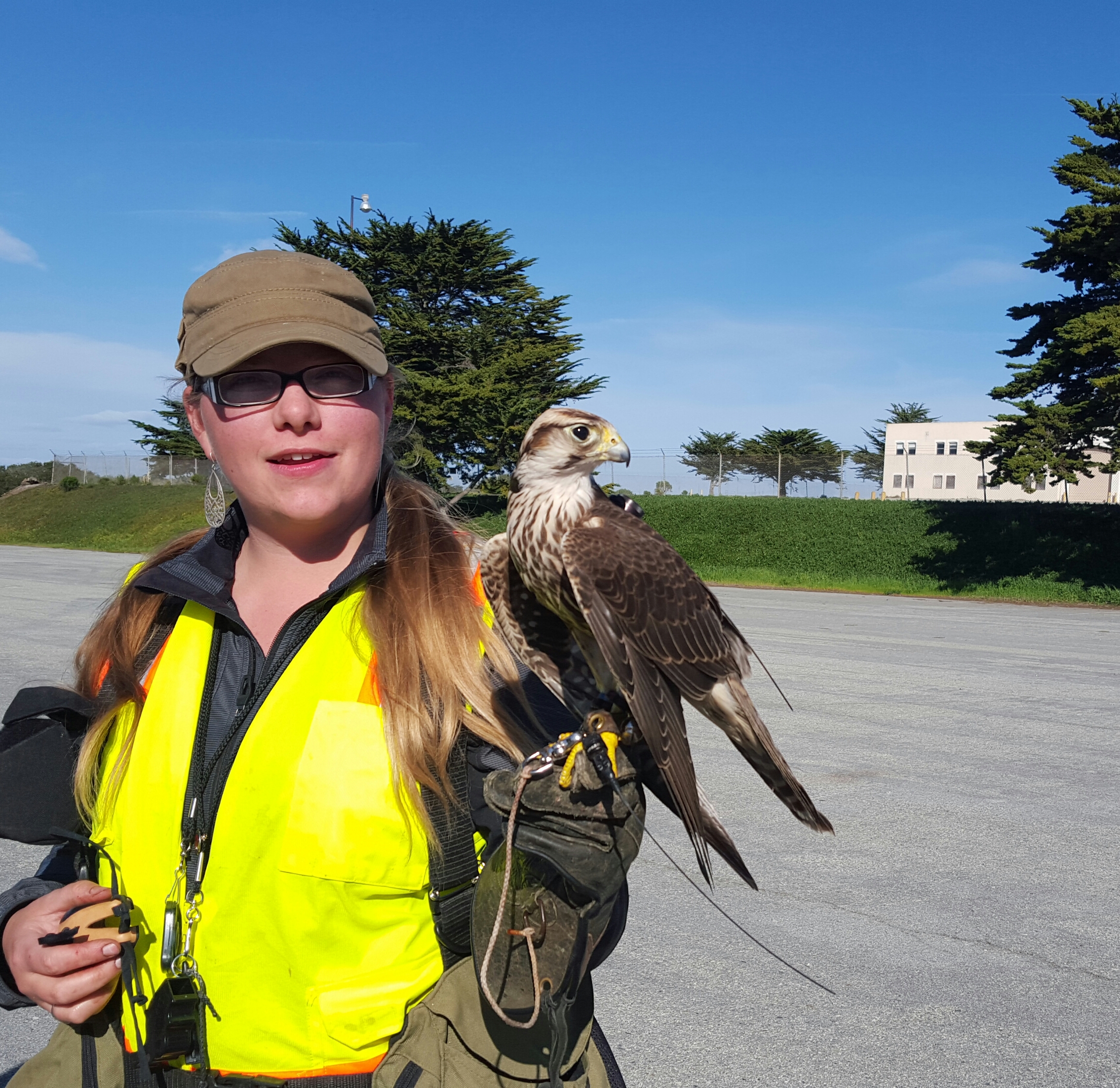 Ashley Mcfarland and one of her falcons

CSU Monterey Bay has been host to a few avian friends over the course of demolishing some of the remaining Fort Ord buildings.

Ashley Mcfarland from Sky Patrol has been flying her falcons around those buildings to deter birds from nesting in them. This process, called bird abatement, is essential for the demolition to be completed as scheduled.

Mcfarland and her falcons search every floor daily to look for nests and to ward off any birds hoping to make a home in the vacant buildings. Daily sweeps are necessary, as some birds, such as doves, can fashion a nest in just one day.

The falcons fly through and around the buildings, simulating hunting patterns. This warns the other birds and wildlife to steer clear of their natural predator. However, the falcons aren’t there to hunt the other birds, as they are well fed by their handlers. The mere presence of the falcons is enough to drive off any birds looking to make a home in these unsafe conditions.

The goal of the abatement is to seek out and remove any nests in the process of being built in this nesting season. If a nest is completed or found with eggs in or near any of the buildings, the demolition will have to be halted until the eggs hatch and the birds mature enough to fly on their own. The old buildings appear ideal to local birds, as they provide shelter from the elements and keep them out of sight of natural predators.

Swallows, bluebirds, doves and owls have all been found in the area and have been known to nest in sites like this one. Demolition has already been delayed once by the discovery of great horned owls nesting in the ceiling panels of one of the buildings. Ideally, Sky Patrol and its falcons will prevent any further delays to the demolition efforts.

Using bird abatement is just one measure of care taken to prevent harm to the environment during demolition. Katie LaPlace, senior construction and project manager in Campus Planning and Development, lists some of the additional steps taken:

These measures and more are required to ensure the least impact to our natural environment. Many of the activities take place before demolition starts. That work will begin in April and last until August.