In 2015, CSUMB President Ochoa and Physics Faculty member, Dan Fernandez installed solar panels on their homes in East Campus. Since then, 11 houses have followed their lead and now have solar panels on the home. The process began over a year ago with SolarCity and just one home owner meeting in a home improvement store. The residents in 11 of the units elected to work with SolarCity to put solar panels on to their homes. Since then, they have been working with Campus Planning and Development and University Corporation to have the project approved. All of the Solar Systems went “live” with solar panels at the end of January. 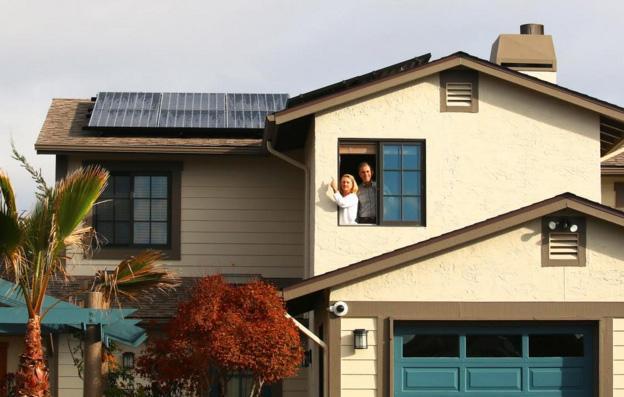 Typically, it takes far less time to have panels installed in California thanks to Senate Assembly Bill No. 2188 that requires city, county, and state organizations to move through the bureaucratic approval process within three months. The Solarcity Regional Manager says that it will take 90 days from the signing of paperwork for East Campus homeowners to have the panels installed and up and running.

There are approximately 40 homes in East Campus that are owned by staff or faculty, and would be eligible for solar installation. Each panel produces 2.60kWh (kilowatt hours) of electricity at peak hours. Based on the data given from energysage, this is reducing an average of 13.84kWh of fossil fuels a day. According to the Energy Information Administration, the average Californian uses about 17.5kWh per day. This means that the 11 homeowners are likely reducing their carbon footprint by 77%!

David Valesquez, from Campus Planning and Development, indicated the last few homes would be inspected and approved by the inspectors by the end of January. Any extra energy that is produced by the panels will go back into the grid to reducing the total fossil fuel impact for our whole community.

In addition, our campus has a 6.4 acre solar “farm” that was constructed on the southern edge of campus in 2010. This solar farm provides approximately 16-20% of campus energy annually.

Homeowners on and off campus have the opportunity to install solar panels. EnergySage is a great resource to receive competing quotes.Students and renters who want to get involved but cannot install solar on their home can begin by advocating for the Monterey Bay Community Power program in the tri-country region, if approved by the 21 jurisdictions in the Monterey Bay Area, then the program will provide 70% greenhouse gas emission free electricity in the tri-country region. To get involved, reach out to local elected officials and city managers by calling their office, sending letters, and attending City Council meetings to express your support. Hopefully in the future, CSUMB will see more renewable energy sources, diverting more energy production away from fossil fuels.