Squirreling the Days Away 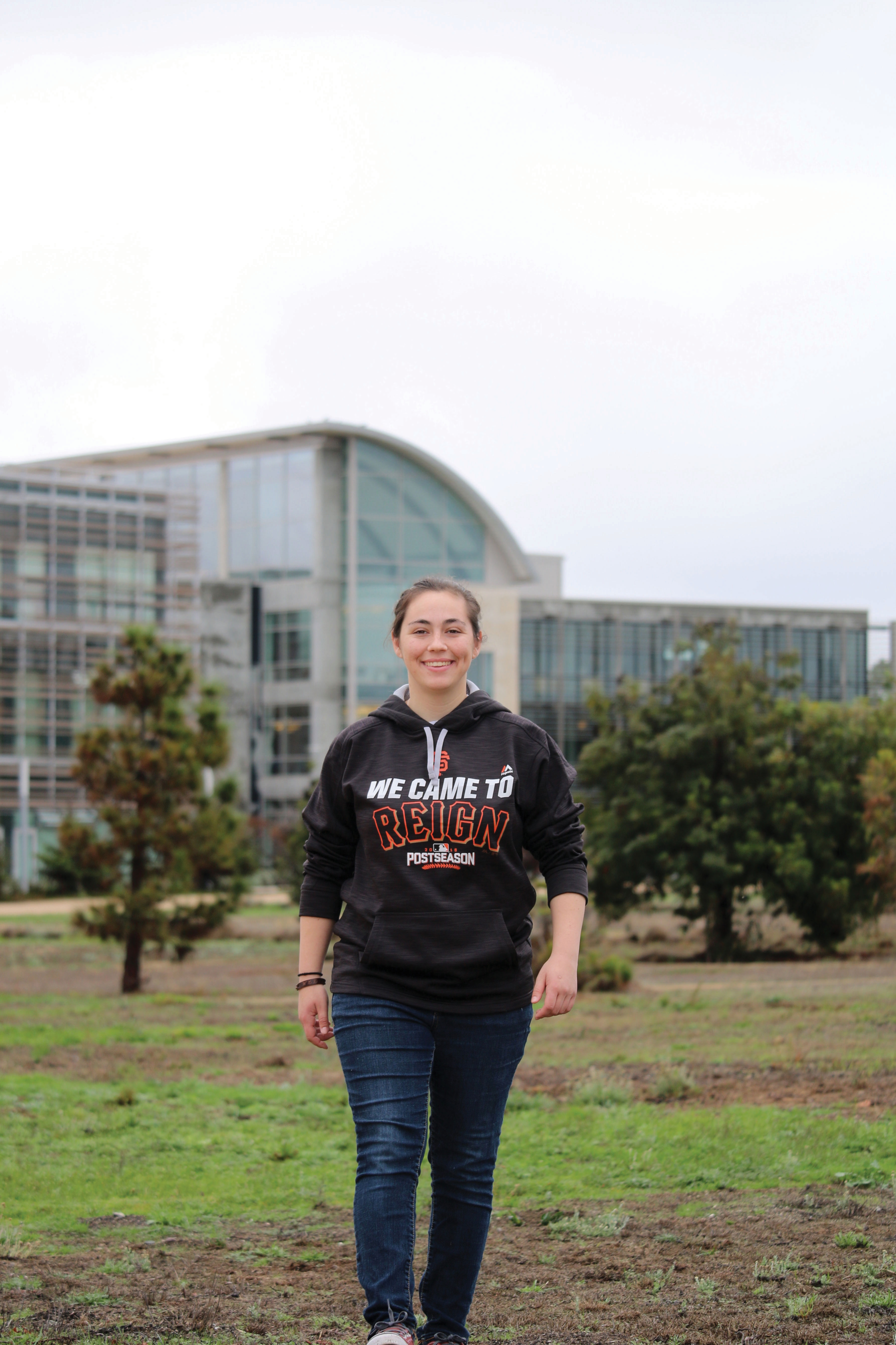 CSUMB’s ground squirrels are so common that most students hardly notice them as they walk across campus. But since Kendall Emerick began studying their behavior last spring, she almost always has to stop and see what the squirrels are up to on her way to class.

Under the direction of Professor Jennifer Duggan, Emerick and several other students are monitoring the squirrels to see how they coexist with CSUMB’s growing campus.

The researchers wondered if the squirrels perceived more or less risk in urban habitat than non-urbanized areas. They tested this question by leaving seed trays – boxes of sand with 100 peanuts hidden in them– in areas with different levels of human activity. They monitored ground squirrel behavior around the boxes, and at the end of the day they photographed any squirrel tracks around the boxes and sifted through the sand to count how many peanuts remained.

The researchers also captured and radio-collared 28 squirrels, and are using radio telemetry to track how the squirrels forage. They’re comparing how the squirrels behave on Main Campus, East Campus, land controlled by the Department of Defense, and areas that are part of the Fort Ord National Monument.

The next phase of the research delves into squirrel personalities – seeing if the squirrels that succeed in proximity to humans have different personality traits from those in more rural areas.

This involves capturing the squirrels in a box and recording their behavior in this situation.

“Are they adventurous, trying to go through the holes in the box?” Emerick asked. “Or do they just sit and wait? Are they alert and chirping?”

The team is still collecting data, but they hope to present answers to some of these questions in a paper and at a wildlife ecology conference.

Emerick says squirrels were not her first choice for an animal to research (she’s more into sharks), but has found them to be fascinating. “They’re more rambunctious than you’d think,” she said.

Marine science has been and still is Emerick’s true passion. When she arrived at CSUMB, she lived in the marine science learning community– a first-year student cohort that lives together, takes all of their classes together, and participates in extra-curricular programs around their shared interest together. She continued to be involved in the community after her first year – as a resident advisor and currently as a student assistant who helps with programming and activities.

The squirrel study gives Emerick direct experience researching animal behavior, which will complement her interests in ecotoxicology, or how pollutants affect animal behavior, especially fish (sharks!) or other marine life.

The Orange County native will graduate next spring. She’s still weighing her post-college options – she’s also interested in GIS and remote sensing, and sees some opportunities in these areas with the Department of Defense. She’s also considering grad school, or perhaps a career that gets elderly people more involved with the environment.