“For what are we born if not to aid one another?”

Ernest Hemingway wrote those words in “For Whom the Bell Tolls,” a book set during the Spanish Civil War in the late 1930s. The words seem almost out of place in a novel that describes the horror of war – fought viciously in the regions surrounding the churches and cathedrals of León, Spain, which itself ended up occupied by nationalist forces led by General Francisco Franco.

Today, León and those mountains are a much different place. The war has been over for several generations. Industries in the region, namely in mining and agriculture, have prospered and then withered. The mountain villages are now especially quiet. Many of the young people have left. Mostly the elderly remain. There are many stories to tell. These isolated places, surrounded by remnants of history dating from the Roman Empire to the Spanish Civil War, are the ideal setting for the CSUMB Program.

The program is marking its fifth year and more than 50 students have participated. It’s led by CSUMB Professor Juan José Gutiérrez in Social, Behavioral and Global Studies. Students in the program can choose a focus of ethnographic field training and service learning, or Spanish.

Students who choose ethnographic field training and service learning develop skills in data collection and analysis, including mapping, observation, interviewing, and reporting about a population in their current location. Those who choose Spanish communicate interpersonally and interpretively with the local Spanish speaking population. They develop relationships and expand their studies of the Spanish language and Hispanic cultures.

In short, get to know the neighborhood, serve the residents and learn everything you can. All in a four-week period. 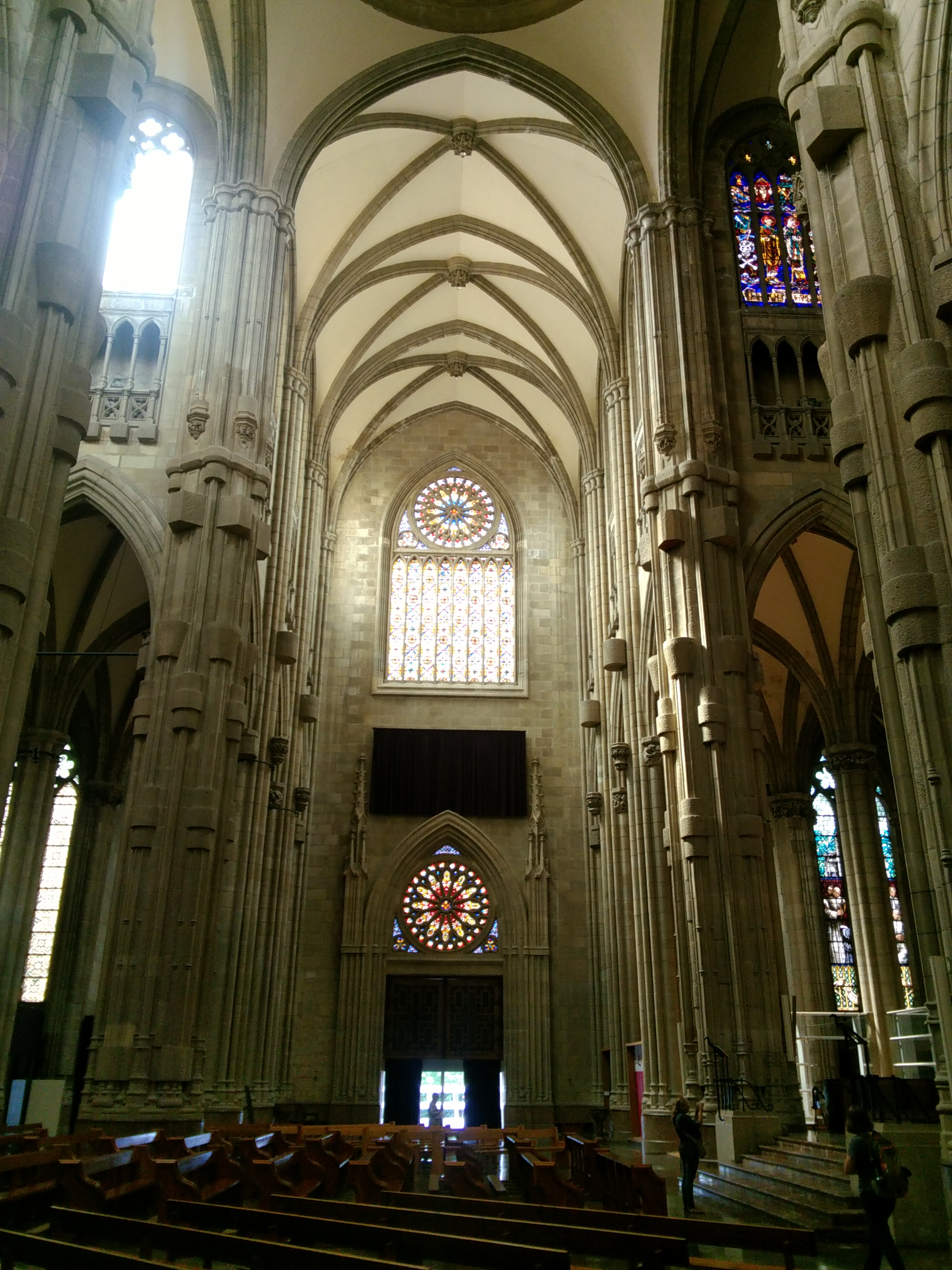 Gutiérrez has led the program since its inception at CSUMB. He started the program by taking his students to Mexico, his native country and “where my heart still is.” He moved it to Spain because of safety concerns and following a generous offer from local people in the region to help the initiative.

“The program trains students in current data collection techniques and takes care of service learning requirements,” Gutiérrez said. “This area of Spain is very economically depressed. Most of the people are elderly. The Spanish is much different than Mexico. They speak quickly. It’s a good challenge for the students to hone their language skills and practice their research methodology.”

According to Gutiérrez, during the first week of the program, students map the communities as a way to get acquainted with the location and to start establishing rapport with the people. They define research objectives, participate in class lectures, and work in their daily field-note taking assignments.

During the second week, students start informal interviewing of the local people, creating genealogical maps of families, and exploring different topics and issues of interest such as gender relations, health issues, local economy, trade and traditions and local history. Half of the students are placed with local families to strengthen communication. The other half focus on service learning work.

This past year marked a first for the program. The service learning component was expanded significantly with help from the Red Cross said Gutiérrez. Students began participating in Teleasistencia, a successful Red Cross program to monitor the health of the local elderly population in Spain.

According to Gutiérrez, students conducted site visits accompanied by personnel of the Red Cross, participated in fundraising activities, sold tickets to the annual lottery event (the most important fundraising source for them), and actively participated in the sorting and organizing of the food bank.

This relationship with the Red Cross may just be the beginning said Gutiérrez. 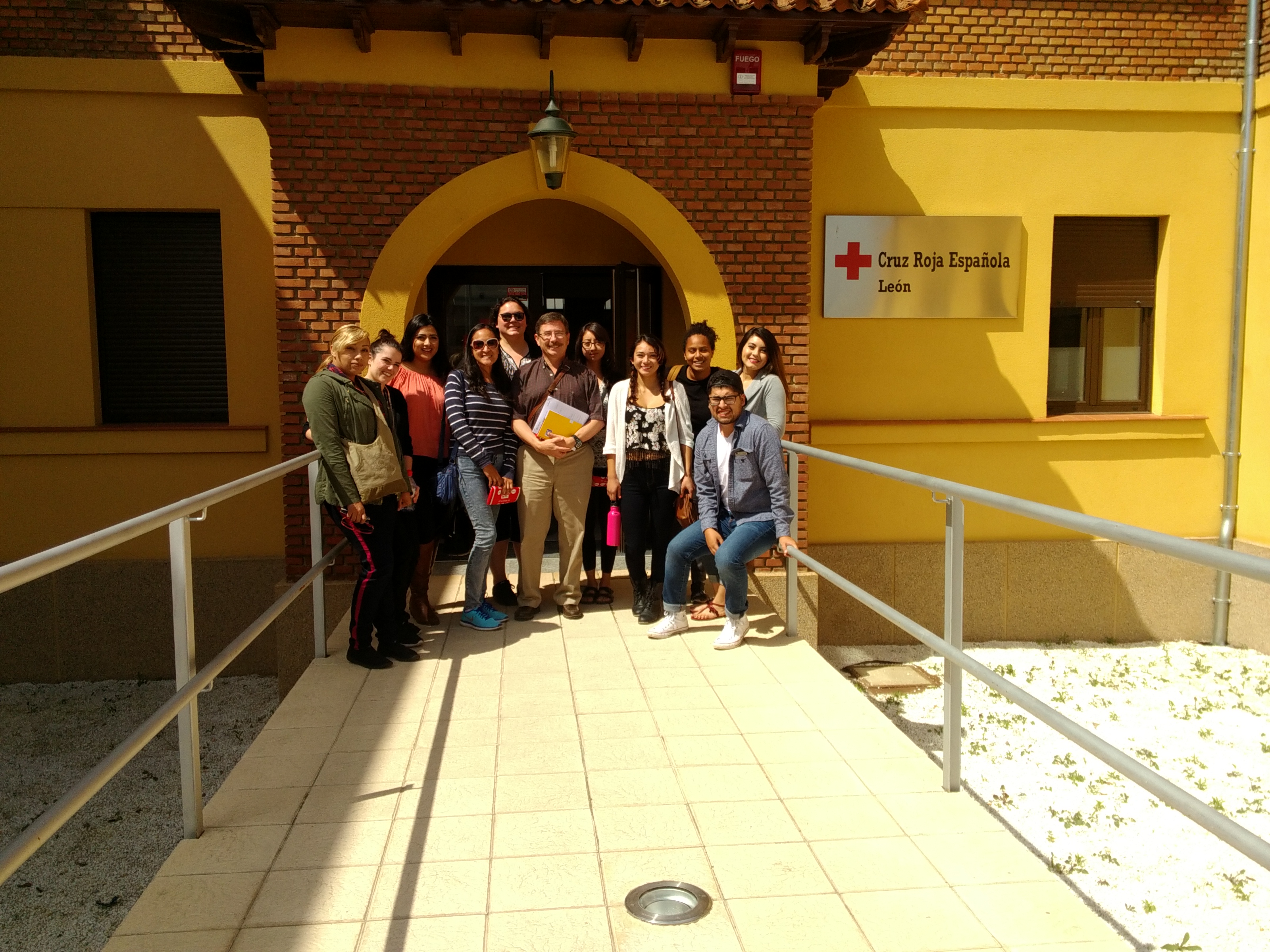 Professor Gutiérrez and his students at the entrance of the Regional Offices of the Red Cross in León, Spain in summer 2016. CSUMB students completed their service learning by supporting the work the Red Cross carries out with immigrant youth, children and the elderly.

“We are working on an agreement that will permit CSUMB students to complete their service learning graduation requirement in different communities throughout Spain, then return to California and continue their service at the local Red Cross,” said Gutiérrez. “This partnership will provide amazing opportunities for our students, creating professionals invested in the continued success of the Red Cross in America.”

Gutiérrez talks enthusiastically of the relationships developed between the local residents and the students. The elderly population in that region of Spain is very isolated. They live off meager pensions. Many residents are amazed the students are there in the first place. Why go there?

It’s an ideal place for students beginning directed field research, according to Gutiérrez. “Many of the CSUMB students are first-generation and being immersed in another culture, even a Spanish-speaking one, thousands of miles from home, can be a life-changing experience. They learn amazing things from this elderly population, who in turn are usually grateful for the students’ presence.”

And the students’ work is recognized not only by their peers and faculty. The mayor of Boñar, a municipality located in northwest Spain in the province of León, established an award on behalf of the community for the best CSUMB student report. This award consists of a one-week, all-inclusive stay at the best tourist resort of the province. CSUMB student Luis Canett secured that honor this year with his research project on the “Oral History of Local Miners” – and completed his Capstone in the process.

Hemingway’s words now seem more fitting. Service can be the best education. The program boasts a 100 percent graduation rate for its students. “I am proud of what this program has accomplished and the potential it has for future student research,” Gutiérrez said.