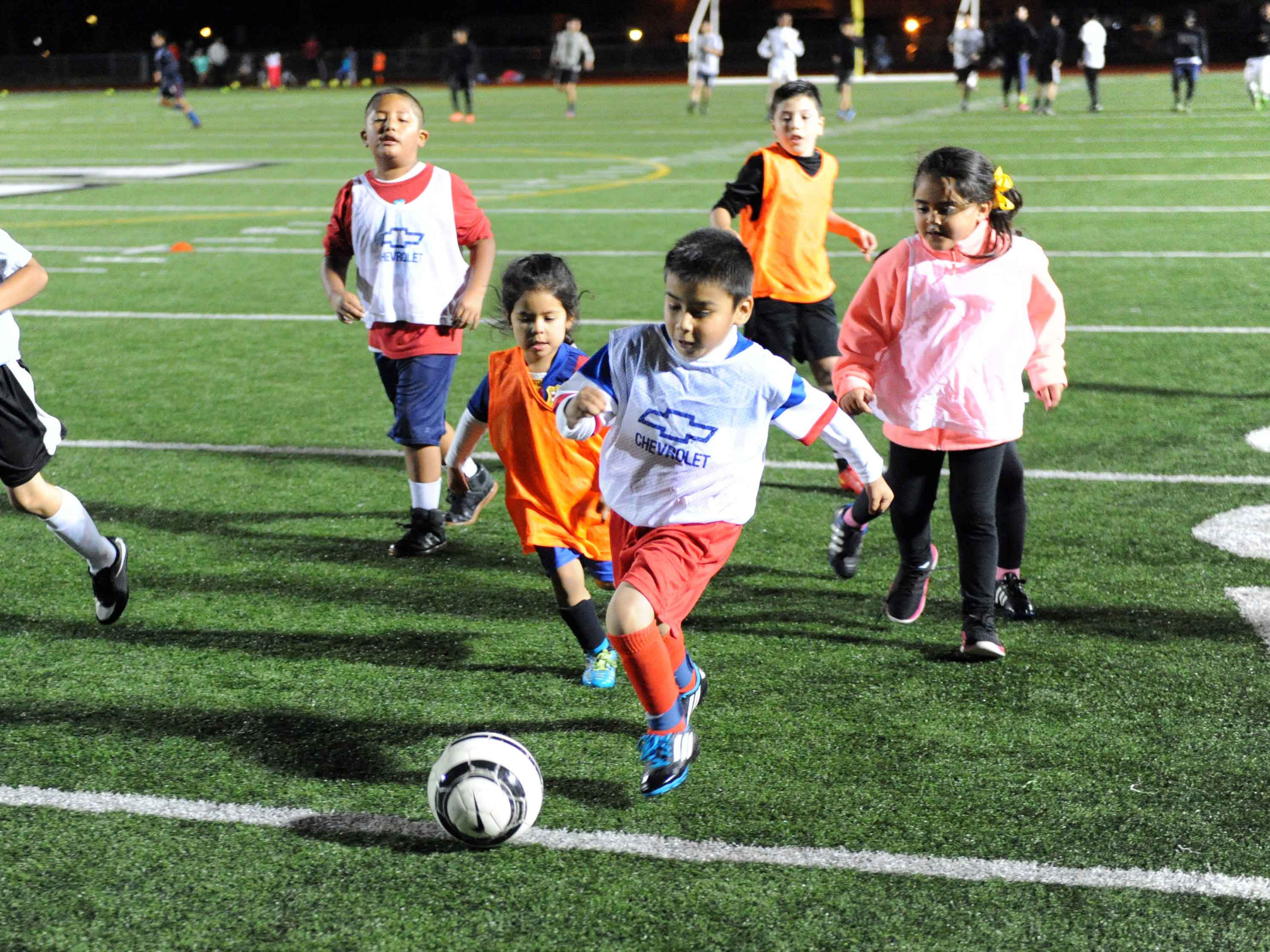 For his senior Capstone project, Anthony Velasquez, ’13, developed a plan to create the Salinas Fútbol Academy for kids. His mission was to provide opportunities for community youth and families to enhance their lives through academic success and the game of soccer. His primary goal was for every academy member to pursue higher education and receive the needed academic, personal, and community support.

During his research, Velasquez learned, via the Economic Policy Institute, that Salinas has the second- lowest percentage of high school diploma holders in the country. Determined to change that, he saw soccer as a way up and out.

Velasquez played soccer with passion, finding strength and stamina on the field, plus a sense of self and a solid determination to succeed. He went on to CSU Monterey Bay, playing before breaking his leg. He stepped aside from the game but not from what it taught him.

During his junior year, Velasquez’s Service Learning class paid a visit to various sites where organizations were doing good work in the community. Among them was the César Chávez Library in East Salinas. Before he ever noticed the books inside, he saw kids idly kicking a soccer ball around. He learned several boys and girls were interested in playing soccer.

Velasquez arranged to invest his Service Learning work in the kids at César Chávez Library. 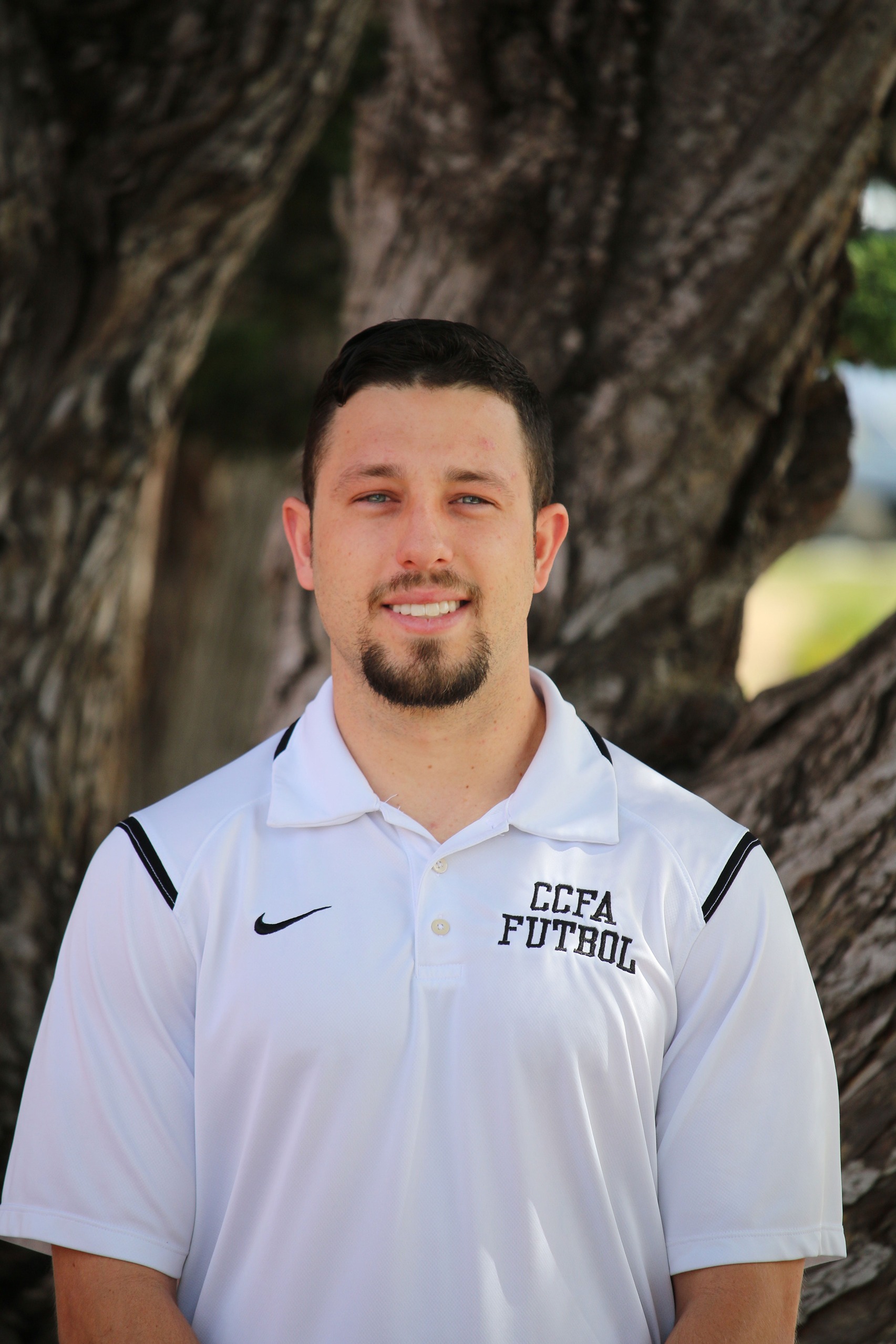 He started by running soccer drills after school and teaching basic moves to about five kids on a small patch of grass outside the library.

“Pretty soon, we were getting kids who weren’t from the library but just wanted to come play soccer,” Velasquez says. “Once we got to 50 or 60 kids, we truly understood the demand for soccer, the need for kids to have a safe place to kick a ball, a uniform that says they belong, and a way to get some structure in their lives.”

Velasquez and his classmate Craig Sterling moved their soccer clinic over to nearby César Chávez Park. Well past their Service Learning commitment, they continued to work with the kids, twice a week.

“We found joy in playing with these kids, in showing up for them to help make a difference in their day,” says Velasquez.

When Velasquez created his senior Capstone project, through which he designed the Salinas Fútbol Academy, Velasquez knew he should put things into play and continue.

“I wrote a few grant applications, connected with the Action Council of Monterey County, and gained 501c3 status,” Velasquez says. “I changed the name to the César Chávez Fútbol Academy and, after grant awards, we’ve been sustainable since 2011.”

Velasquez graduated from CSUMB in 2013, with a degree in human communication, and a minor in business. He went on to achieve a master’s degree in sport management from the University of San Francisco.

Today, the academy works with 90 kids, ages 4 to 17. They have five competitive soccer teams and also serve 425 families through soccer clinics and academic tutoring.

“We serve a community aspect and a competitive aspect,” Velasquez says. “We don’t turn down kids for grades or skill or competitive edge. It’s about community, learning, team- work, and access to resources. On the academic side, all of our players get required tutoring every week, just like study hall in college. On the competitive side, our teams are playing at the top level in the country and are getting in front of collegiate coaches.”

Velasquez doesn’t get paid for running the academy or taking his teams all over the country to compete in soccer tournaments. Instead, he works two other jobs, while working to sustain and promote the kids in his academy.

“There’s a whole world of colleges out there,” he says, “and these kids are on track to get there. I’m excited to see how many of them will get academic scholarships, go to college and play soccer. It all started with Service Learning at CSUMB.”