Greeks on the Bay 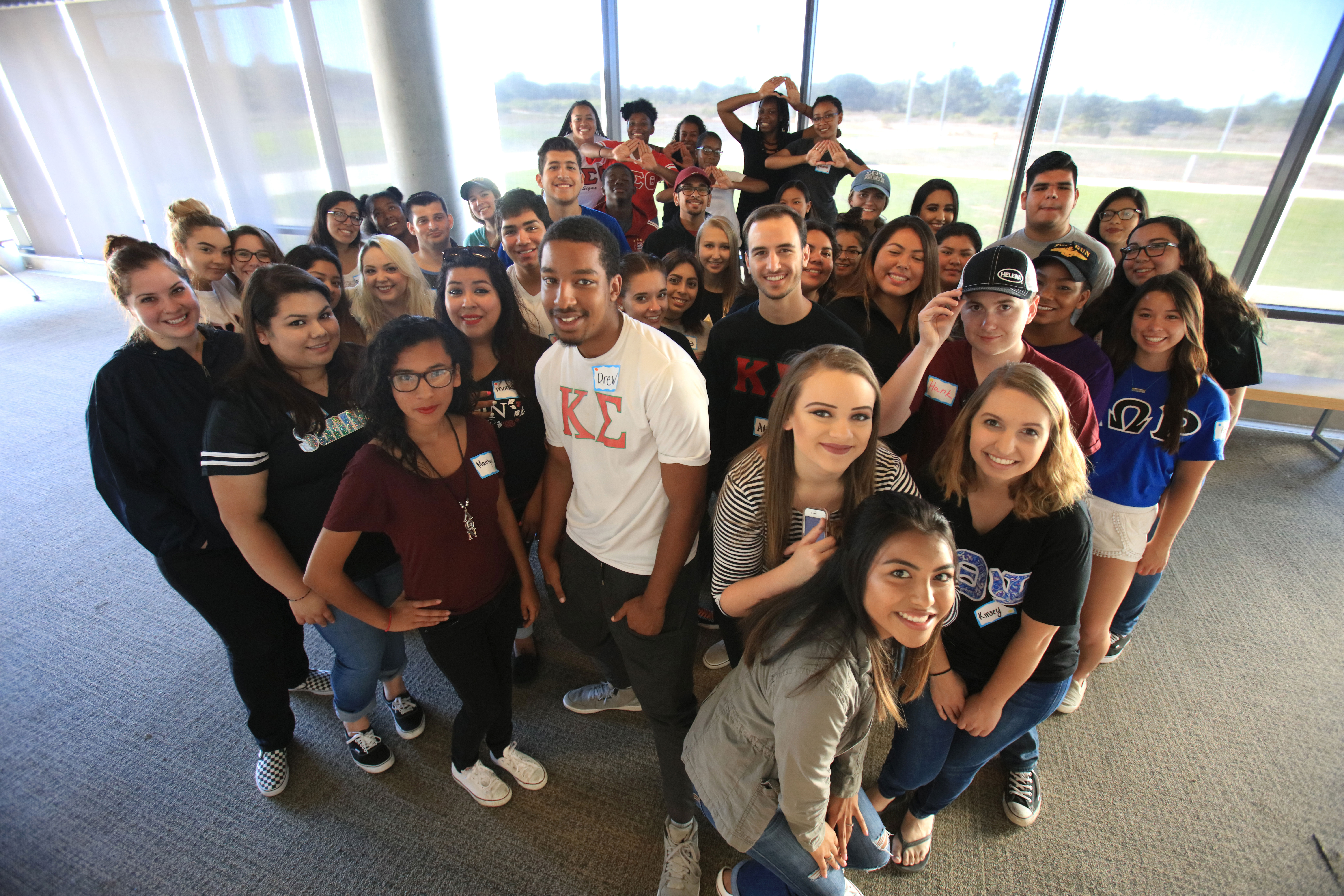 CSUMB Greeks from all 14 CSUMB fraternities and sororities at the new member retreat for Fall 2016.

The college experience can be one of the most formative in a young person’s life. New friends are made. World views are broadened. Limits are tested. You gain an incredible amount of knowledge. And that’s outside the classroom.

The mere mention of fraternities and sororities usually drudges up common stereotypes. Most people, especially Baby Boomers and Generation Xers, think of “Animal House.” Millennials may think of the movie “Neighbors.” Negative press on hazing rituals by Greek organizations does not help with this common image. Yet, CSUMB Greek culture is defying these conventions.

CSUMB is home to six fraternities and eight sororities. All include members of different ethnicities and different walks of life. None live together in a single house. All include community service as a main priority. Hazing rituals, even moderate ones, are not tolerated.

Kristen Vega is CSUMB’s first coordinator of Greek Life and Civic Engagement. The position was created last year to oversee the CSUMB Multicultural Greek Council and the CSUMB Catalyst Center, a one-stop “resource center” for students participating in community volunteering and philanthropy.

“We emphasize academics, social justice, service, leadership and support,” said Vega, herself a sorority member at Chapman University in Orange, Calif. “From the beginning, CSUMB has taken a different approach to its Greek culture when compared to other institutions, focusing on creating an equitable community.” 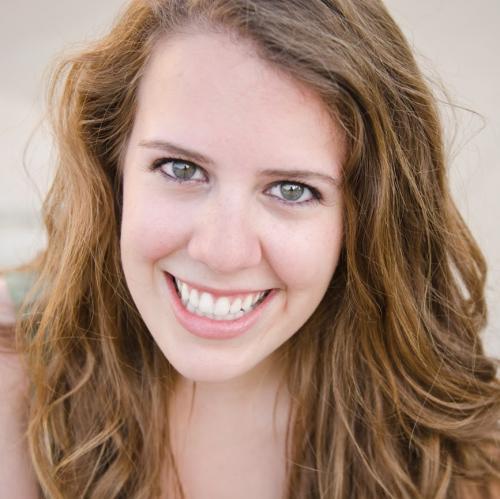 That beginning was in 2001 when student clubs approached the CSUMB administration about allowing Greek organizations on campus. A town hall meeting was held and the student body was surveyed in spring 2002. When the survey results showed support for the idea, an 18-month trial period began with four organizations in Fall 2003.

To this day, many Greek members at CSUMB are first-generation students according to Vega. The average membership size is 15 students. All of the organizations represent a variety of national umbrella Greek organizations.

One of those first-generation students is kinesiology major Alex Munoz, a member of https://omegadeltaphi.com/. Munoz came to CSUMB from Southern California. An only child, he enjoys the sense of brotherhood with his fellow members, and that carries over to not only recreational activities and support on campus, but for community service projects.

"We are affiliated with multiple nonprofits. One local organization that we volunteer and fundraise for is Voices for Children, a support organization for foster youth,” said Munoz. “Another is the Lupus Foundation, which is personal for us since one of our members was diagnosed recently."

Much of the community work done by CSUMB Greek organizations can be deeply personal for its members. Global studies major Jalea Finkelstein is a member of Theta Alpha Sigma. The sorority works closely with the Monterey Rape Crisis Center, doing events and making “health bags” for fellow students and community members.

“A couple of my sorority sisters have lived through domestic violence and sexual assault,” said Finkelstein. “Being an advocate for this issue has been one of my best experiences here at CSUMB. We show that victims are not alone."

The multi-cultural experience has been especially enlightening for Finkelstein, who has Latino sisters in her organization. “I’ve learned a lot about their culture. I love that connection.”

That connection, the experience, also comes with further education thanks to the efforts of Vega and her colleagues. All of the CSUMB Greek members are required to attend Greek Otter Training, or GO Training, which educates students about alcohol and drug management, sexual assault, hazing prevention and bystander intervention. 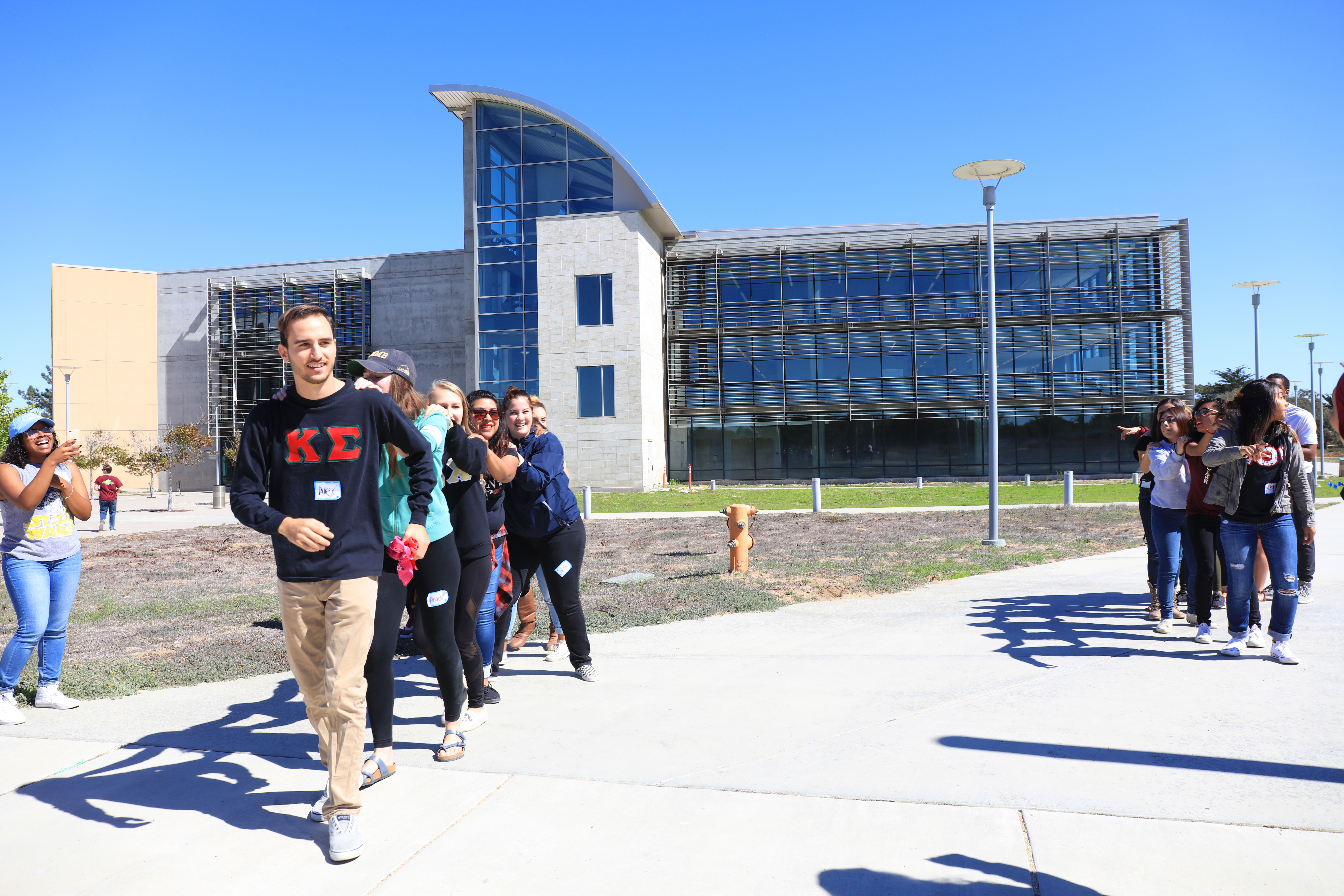 One of the more unsettling parts of the training is a presentation that includes a slide showing eight CSU students who have died since 2000 due to hazing rituals. In 2006, “Matt’s Law” passed the California Legislature, allowing felony charges if serious injuries or death result from hazing rituals. It previously had been a misdemeanor. In addition, the law gave prosecutors the ability to seek felony charges against non-students if they were involved.

“Matt’s Law” was named after Matt Carrington, a CSU Chico student who died in a fraternity house basement in 2005. His death was the result of a so-called “water intoxication” ritual which caused brain swelling, seizures and heart failure.

Vega is passionate about this subject. “We absolutely forbid hazing in any form on campus or off-campus with our Greek organizations – I can’t stress that enough,” Vega said. “Neither the express or implied consent of the person being hazed, or the lack of active participation while hazing is going on, is a defense.”

As CSUMB continues to grow in the coming years, the Greek system will grow with it. That college experience is still going to be one of the most formative in the lives of future students. What’s critical is laying the foundation for a culture of inclusiveness and respect in the CSUMB Greek system.

“Developing responsible leadership and service now, here at places like CSUMB, will ultimately carry over into the working world as our students graduate. Many students will carry these ideals for the rest of their lives,” Vega said.