Courtside matrimony brings out the best for CSUMB alums 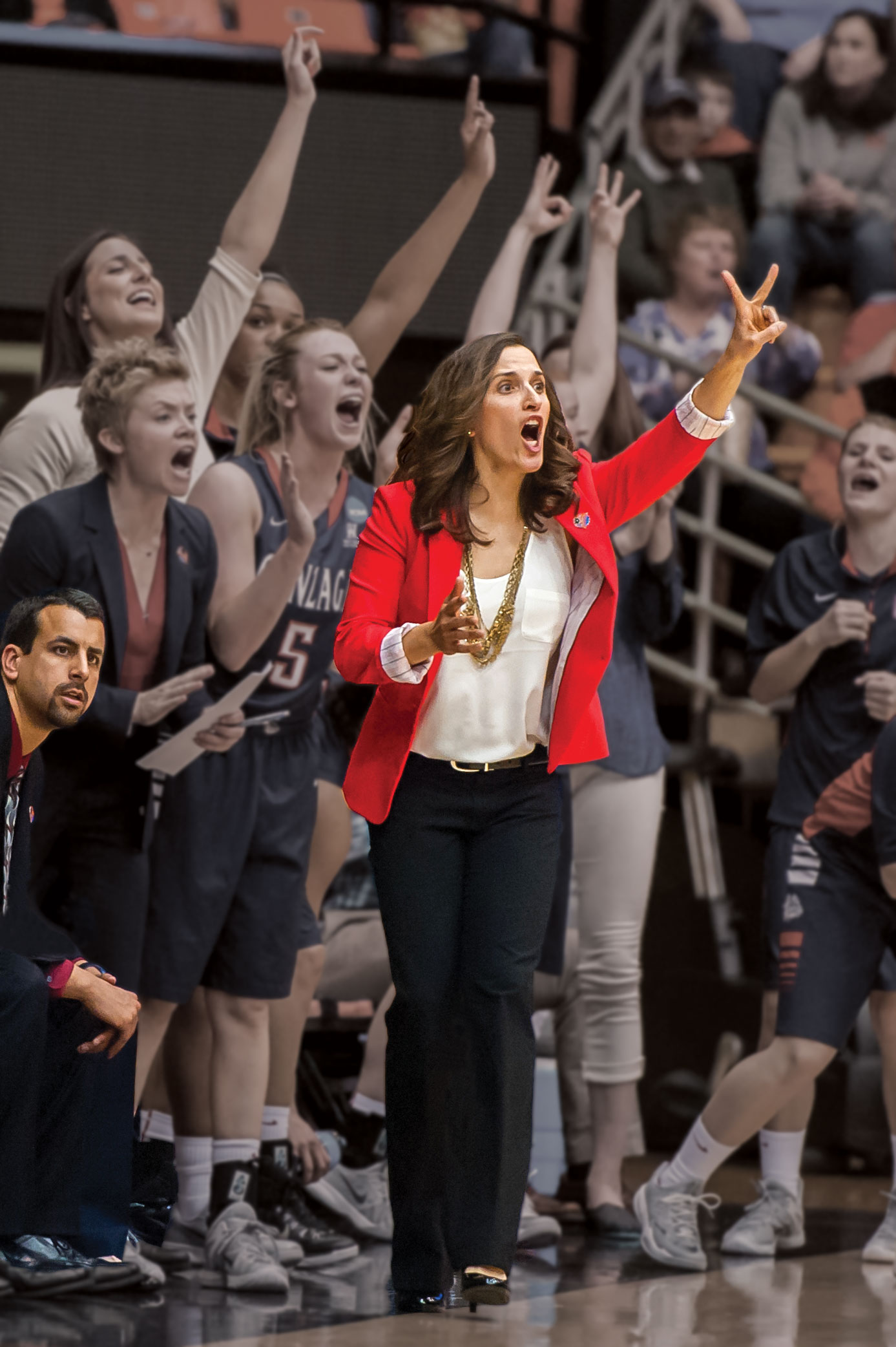 Along with their Cal State Monterey Bay degrees and, of course, their three young children, Lisa and Craig Fortier share one big thing.

Both think they are married to a darned good basketball coach.

Gonzaga basketball fans agree. In her first year as head coach of the Bulldogs’ women’s team, Lisa Fortier earned the Maggie Dixon Division I Rookie Coach of the Year Award. With Craig serving as Lisa’s assistant, Gonzaga compiled a 26-8 record and fought their way to the Sweet Sixteen of the NCAA Tournament.

“This award is a great acknowledgment of the tremendous success Lisa had this year,” Gonzaga Athletic Director Mike Roth said. “It’s also an acknowledgement made by her peers on a national level. All of us here at GU are so proud of her, her staff and her team.”

The award represented an impressive step on a coaching journey for both Lisa and Craig, who worked their way up through the coaching ranks after earning Human Communication degrees at CSUMB.

A place to play

“I rave about my experience at CSUMB whenever anyone asks me,” said Lisa, who was Lisa Mispley when she starred for the women’s basketball team and was named CSUMB’s Female Scholar-Athlete of the Year in 2004.

“When I got to CSUMB, I was really just looking for a place to play. The program wasn’t having great success at that point, but it was a tremendous opportunity for me.

“I loved basketball, and I became team captain. I was sort of a liaison between the coach and the players. The coach (Amber Magner) really trusted me as a player, and I appreciated that. I think I learned a lot from her about how to trust your players,” Lisa said.

Lisa said that CSUMB’s emphasis on diversity and inclusion proved invaluable to her as both a recruiter and a coach.

Meanwhile, Craig was a stalwart for the CSUMB’s men’s basketball squad, and was named the team’s most inspirational player before graduating in 2003. They married in 2004.

While at CSUMB, the pair worked with Bobbie Bonace, CSUMB’s first athletic director who helped develop a coaching minor in what was then known as Human Performance and Wellness.

“I just fell in love with those two kids. They are really treasures,” Bonace said. “Both Craig and Lisa made huge contributions to our basketball program. It wasn’t just their skill level, but also their dedication to the game, their understanding of strategy and how to motivate their teammates.”

“I have always been impressed by the mutual respect they have for one another, both as athletes and coaches.”

The Fortiers with their growing family – two sons, Marcus (2010) and Calvin (2012), and a daughter, Quincy (2014) – ended up in Spokane, Wash., where Lisa was an assistant at Gonzaga and Craig worked down the road in Cheney as an assistant men’s coach at Eastern Washington University. Both earned master’s degrees at Gonzaga.

When the Zags’ head women’s coach Kelly Graves moved onto the University of Oregon, the Fortiers dealt with some unsettled times.

“We didn’t really know what we were facing,” Lisa said. One possibility was to join Graves at UO, but “we have two coaches in the family, so we really have to look at everything from that perspective.”

Then, Lisa was offered the Zags’ head coaching position. Which led to another decision, about Craig joining Lisa’s staff.

“There definitely were a lot of moving parts in making that decision. We were just getting to the point at Eastern (Washington) where we were enjoying the benefits of all the hard work we had put in there,” Craig said. “But I knew the (Gonzaga) team really well, and I was supportive of what Lisa was doing there, so I really was interested in being a part of that.”

With Craig coaching the defense, the Zags won their conference championship and, as a No. 11 seed, scored two upsets to advance to the Sweet Sixteen.

Since most of her players are returning, to be joined by a strong recruiting class, Lisa sees the potential for another successful season ahead.

One thing, for sure, it will be a hectic one.

“Having three little kids is a challenge enough. We are always taking one or the other of them here or there. You just try to take it one day at a time,” Lisa said. “It really helps that Gonzaga is such a family-oriented place. And we love Spokane.”

And Gonzaga fans have come to feel the same way about the Fortiers.