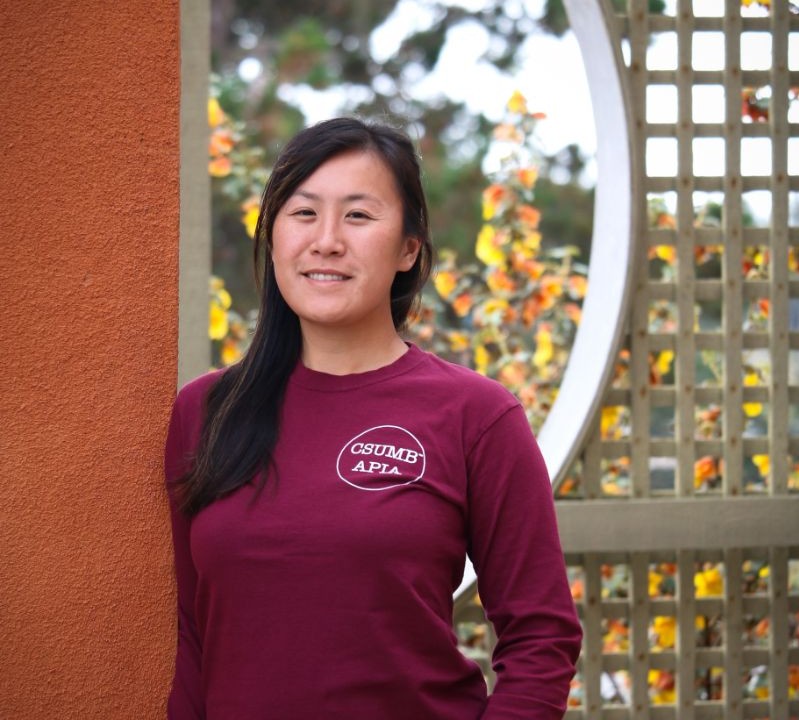 Growing up in San Francisco’s Chinatown, Aileen San was not prepared for the relatively small Asian community at California State University, Monterey Bay.

“The environment I grew up in, I was surrounded by Asians pretty much all the time. All the public schools I went to were majority Asian, and then coming here it was very much a culture shock for me,” San explained. “That motivated me to find that sense of community on campus and try to get as involved as I possibly could and find that community and that family.”

San, who graduated last May with a bachelor’s degree in marine science, found that community within the Asian Pacific Islander Association (APIA) at CSUMB. She was an active member throughout college and served as president last academic year.

San first learned about APIA at Otter Showcase, CSUMB’s annual student organization fair, and began attending meetings occasionally, she said. After APIA Week in the spring semester — when the group hosts multiple social and educational events — San’s attendance picked up. Then she decided to serve in a leadership role as treasurer.

One of the bigger accomplishments is that we’ve had students who don’t identify as Asian or Pacific Islander join our club, find a sense of community, and also be heavily involved as board members.”
— Aileen San, APIA president

“I felt like taking on a leadership position would give me that shove to become even more involved and find a deeper sense of community on campus,” she said.

San ultimately became APIA president her senior year. Under San’s direction, APIA was recognized as the first winner of the new Affinity Organization of the Year award.

“Organizations in this category focus on the cultural richness of their community. This award is given to the Inter-Club Council organization that has gone above and beyond to create a community on campus for individuals to find their home away from home,” said Dan Burfeind, coordinator of student organizations, leadership development and assessment.

“When I stepped up as president, one of the bigger obstacles for us as a club was general member retention, making sure we had general members coming to our meetings consistently,” San explained.

On the flip side, “one of the bigger accomplishments is that we’ve had students who don’t identify as Asian or Pacific Islander join our club, find a sense of community, and also be heavily involved as board members.”

More participants than ever attended the Affinity Graduation Ceremonies held for these groups, and 80 percent of the students were the first in their families to graduate from college, according to Bianca Zamora, Cross Cultural coordinator.

“As underrepresented student populations have historically been excluded from institutions of higher education, these student populations and their communities are reshaping their narratives, claiming their brilliance, celebrating their identities, and paving pathways for future students,” Zamora said.

For San, APIA also gave her the chance to grow into the leader she is today.

“I remember before I stepped into a leadership position, it just felt really intimidating because I had no prior experience. I’ve learned a lot about leadership and working with other people,” San said.

Reflecting on APIA’s future, San said, “It provided a sense of family on this campus for me, and I hope it does the same thing for future students as well.”