Life of a Park Ranger: Educating the public about microtrash and park degradation

It was only May, however temperatures were already rising and Pinnacles National Park ranger Elizabeth Hudick was out patrolling the trails. Hudick has been with the National Park Services for almost a decade, serving at well-known spots such as Carlsbad Caverns and Joshua Tree national parks. Her inspiration derives from talking about conservation and protecting resources and helping visitors experience the beauty in national parks.

“Making the parks more accessible and allowing more people to get out and experience nature is always a good thing,” said Hudick, “But, at the same time I think that abundance of visitation comes with a trade off of degradation from social trails, or trash.”

Hudick is particularly concerned about microtrash, which is smaller trash that we may not normally notice. She also thinks social media has brought a lot more people out to the park, which is good and bad.

Some of Hudick’s daily duties include handling the interpretation and the education division of the park pertaining to formal interpretive programs such as guided hikes, condor talks, as well as curriculum based education trips. As one of the faces of the park, she can be found roving the park and engaging the visitors.

Hudick wants to make sure visitors are welcomed and educated in regulations. She believes that people want to follow the regulations, but they need to know what they are and why they exist.

Why is microtrash such an issue?

In 2003, Pinnacles National Park became the home to a release and management site for the California Condor Recovery Program in which juvenile condors are released into the park from breeding facilities, according to the Pinnacles website.

While in Pinnacles, the condors are observed one by one. Observers keep an eye out for dangerous feeding habits and other harmful activities. Hudick explained that “microtrash” is closely related with malnourished condors as the adult condors often mistake microtrash items as food for their babies.

Items such as small plastics, bottle caps, and remnants of other plastic particles are often mistaken as bone fragments, a favorite food of condors for babies as an extra source of calcium, according to the website.

Even when the particles are small enough to be ingested, the condors’ bodies cannot break down the materials and feel full, however they get no nutrition from these particles leading to malnourishment, said Hudick.

The impact of social media

The age of technology has brought us Snapchat, Instagram, Twitter, and other social media platforms that allow and encourage users to share their lives via pictures. Hudick is concerned that social media creates “social trails.” These social trails are created when large masses of people begin overusing the trail.

This often occurs when someone on Instagram takes a picture in a beautiful spot, enticing followers to do the same hike and “get that picture.” This becomes dangerous as some people become so desperate that they assume they can walk anywhere they want and go off trail, disturbing wildlife and native plants.

With more and more people wanting to go on trails to achieve the same status as their friends, for some it brings them out of their element. Hudick warns that it is important to recognize our own abilities as some trails are a little more advanced than others and with a climate like that of the Pinnacles, it is important to come prepared.

A safety tip she offers is to bring multiple waters, and that when your water is halfway done, so if your hike. She reasons that the dry air in the park, hot temperatures, and rigorous activity we do can cause us to sweat more than we realize.

Hudick wishes to inspire locals to take ownership of local national parks, yet remind them to be welcoming and educate visitors. She believes that “the more people that take ownership of those parks, the better off they are. It’s these people who care about and want their grandchildren’s grandchildren to do have the privilege to see the park in the conditions they are experiencing.” 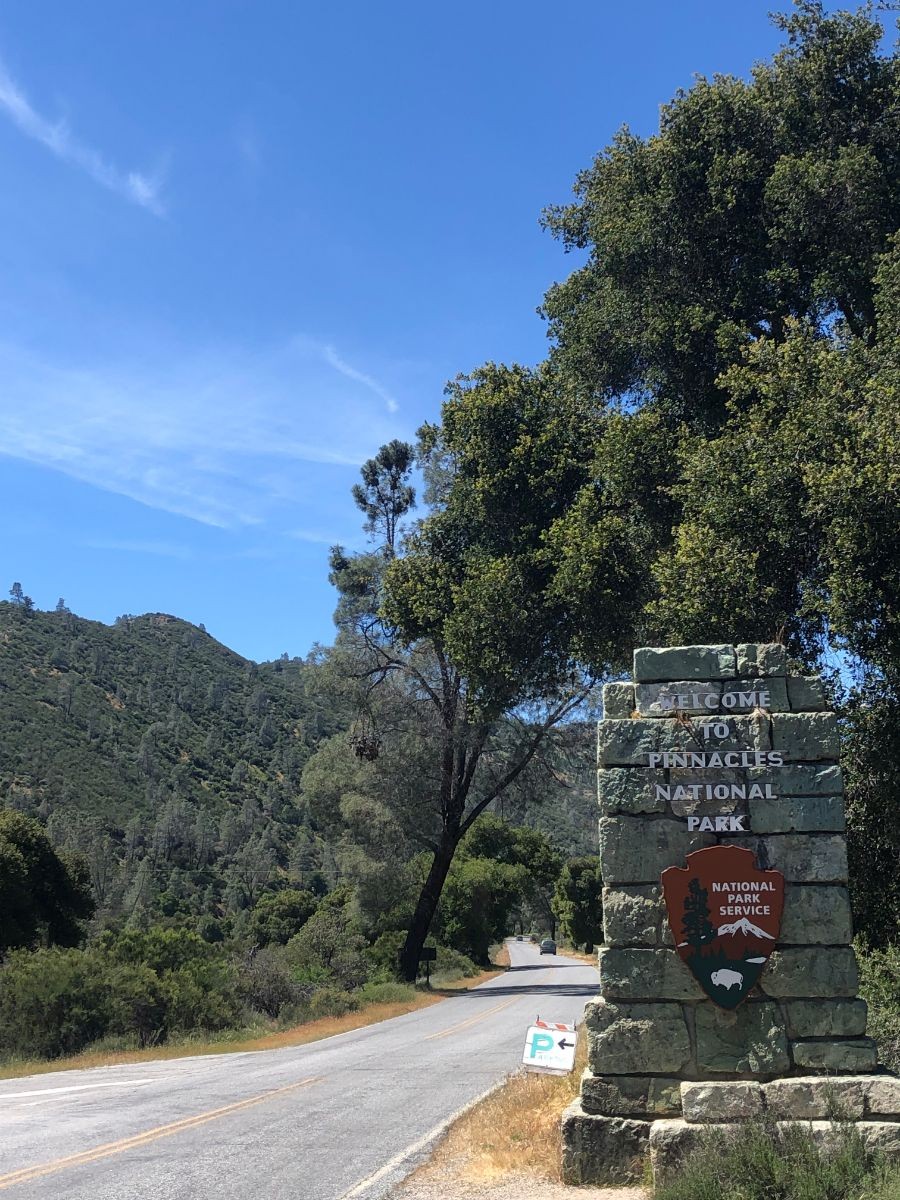 California as a Drug Mecca?

For years California has been identified with numerous drug related events and the hippie movement, which was quite popular in areas such as Santa Cruz, Humboldt, and Venice Beach. The hippie movement was closely associated with exploring your mind and elevating your body through different drugs.

Counties such as Humboldt and Monterey are considered the birthplace of many craft marijuana companies and now that marijuana is legal in California, tourists are flocking to the Golden State for a taste of the green life.

All of this has led many to believe that California is a hotbed for drugs given its proximity to beauty in nature. This lore is often conveyed through media - movies, music, and more.

Pinnacles National Park Ranger Elizabeth Hudick worked at Joshua Tree National Park at one point in her career and is here to disqualify the belief that these parks are destinations for drug users.

“It's a beautiful huge park, almost 800,000 acres in terms of the scale of it, with so many more people in such a large space, you will experience more people possibly going for illicit behavior, however it certainly isn’t an epidemic,” said Hudick about the myth of Joshua Tree National Park as a place to “trip out.”

At Pinnacles National Park itself, Hudick said that drugs aren’t a large issue. She found that the bigger issue is trying to convey that: “This is a federal land and state laws don’t apply; it is still illegal [tp use marijuana] federally,” and that: “People can’t bring it or use it.”

“It happens occasionally,” said Hudick. “The repercussions are citations and fines, as well as confiscation of the items for those who choose to disobey the law.”

She believes that it is important to be proactive and help people to understand what regulations are in our national parks and public lands. “The more people know ahead of time, the better compliance we’ll get,” Hudick stated.