Tyller Williamson, a CSUMB alum, has been elected mayor of Monterey 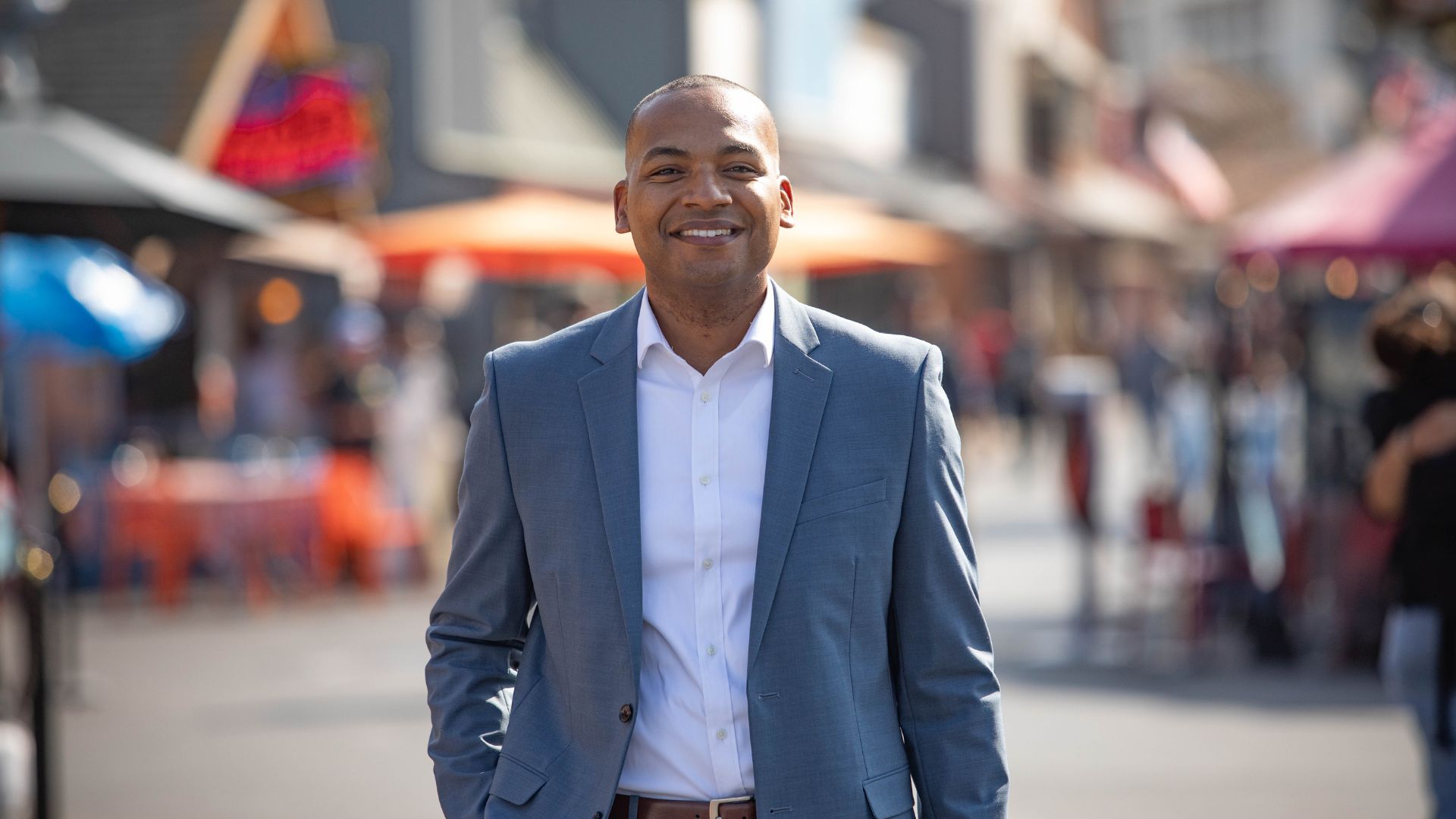 Tyller Williamson grew up in a military family and lived all over the world, but as a young adult he decided to put down roots in Monterey. He attended and graduated from CSUMB with a degree in human communication and pre-law, and then earned an MBA from the Naval Postgraduate School. He became a Monterey city councilmember in 2018, and was recently elected mayor of his adopted city. He is the first openly-gay, as well as the first Black, mayor of the city. He is joined by CSUMB Pre-College Programs director, Kim Barber, who was elected to Monterey’s city council.

Question: When did you realize you had won? What were you doing and how did you feel?

Williamson: I realized I won on Friday, November 11, at 5pm when the vote count was updated by the county. We knew the update was coming and it was likely to give a strong indication on the outcome of this election, which it did. I was at home and hitting refresh every second starting at 4:30 in anticipation of the update. 5 o'clock came and nothing updated. I tried a different browser and realized it was an issue with the data being cached on the original browser. All this to say, I was anxious all week until the results came out. Once they were released, I felt relieved. I had a strong indication that we were going to be successful but you never really know until you see that data.

What was the hardest part of your campaign for mayor?

The hardest part was balancing my time amongst various priorities, and prioritizing all the tasks requiring action to execute a successful campaign. One of the most important things as the candidate is to ensure you can inspire and motivate people to make contributions, volunteer to canvas, help spread the messaging, and most importantly to vote!

Why do you think you won? How do you see your victory in the larger political/cultural context?

I think I won because I am passionate about making a difference in my community and that helped me establish messaging around a vision. I also committed to myself to run a winning campaign from the get-go despite how others felt. I knew if I didn't believe in my chances, how could I expect anybody else to believe in me?

How did CSUMB help you get here?

CSUMB helped me establish a lot of relationships in the community. Of course, there were many lessons picked up from the Human Communications curriculum. Some examples include my Restorative Justice class and recognizing the value of healing the victim, and trying to get the offender to recognize their wrong in order to appropriately reacclimate them into society. I also recall from my Free Speech and Responsibility class the rights of U.S. citizens and the press but also recognizing when they can create societal harm. As you can imagine, I use lessons from my Cooperative Argumentation class all the time to make a case for perspectives that aren't often heard in the political settings.

What do you want to do as mayor?

My platform focused on issues like affordable housing. We know the cost of living is high around here. If we don't do anything to address it we'll only see the issue continue to get worse. We need to create more housing stock in order to stabilize the cost of housing. The issue is very much tied to the second issue, which is developing a sustainable water supply. The water politics in the region have prevented us from ensuring we have water that supports future growth, and I've been strongly advocating for the construction of Monterey One Water's Pure Water Monterey project that may allow the cease and desist order that's currently imposed on CalAm to be lifted and provide enough additional water supply where we can continue to do housing construction. The last issue is transparency. As a public agency, we can always do a better job of making information more accessible and available to the public.

Anything else you would like to add about this moment in civic engagement?

Get involved. Everybody cares about something, and has skills they can offer to their community. The only way that we'll be able to move forward is together. We need more empathy in the world, and to create the space to understand the perspective of those with different points of view. Media and social media have made it easy for us to read a headline without even knowing if it's a legitimate argument. For your own health, for your friends, neighbors, and families, take the time to engage in the political process, because if you don't I guarantee you there are folks happy to keep the control and power.