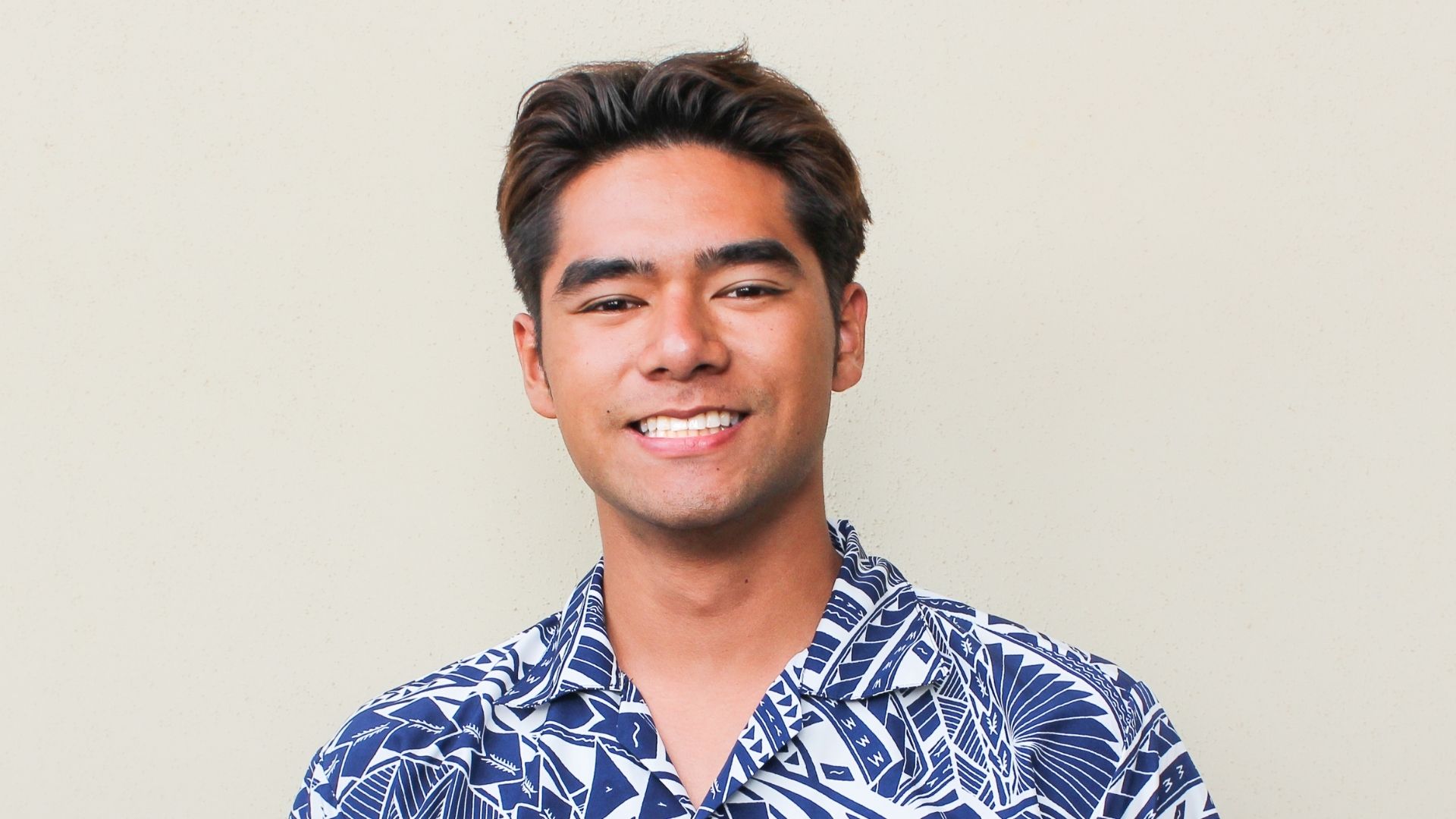 In the same week, Kaholoaa also pulled in a Ford Foundation Fellowship.

Cheryl Logan served as Kaholoaa’s faculty mentor and research advisor for two-and-a-half years, during which he also worked as an undergraduate researcher in her Logan Lab studying how coral populations are changing along the Northwest Hawaiian islands. (That research provided the foundation for his Honors Biology Capstone project.)

“The fellowships are highly competitive at the national level, but I had no doubt that Kaiku would be a strong contender,” Logan says. “Kai is incredibly intelligent, kind, hard-working, and has an infectiously positive influence on all those around him.”

She adds that his passion for his native islands help inspire his accomplishments.

“He is deeply committed to working with and serving native Hawaiian communities,” she says. “As a PhD student, Kaiku will be a trustworthy leader, liaison and incredible role model for other Hawaiian students to become involved in coral reef science…we are excited to see where his next journey takes him."

Kaholoaa makes a point to thank his mentors Logan, Caroline Rodgriguez, Krista Kamer, and Bill Head for guiding him in his research and fellowship applications, and also his peer mentors Amalia Siegel and Melissa Vezard.

His passion for coral is almost palpable, in large part because of the multiple crises that coral populations face, including climate change and rising sea temperatures.

“In order to protect coral reefs, we may need to look at something you can't physically see: their genomes,” Kaholoaa says. “These genomes can provide the key into conservation efforts, as they may reveal hidden 'clues' that can help us understand what’s happening.”

The five-year NSF fellowship will direct three years of financial support—including an annual stipend of $34,000 and a cost of education allowance of $12,000 to the institution—to Kaholoaa’s ongoing research and learning.

A biology major and a McNair Scholar (through Dept of Ed funding) who graduated in December 2021, he plans to use his doctoral dissertation at Stanford to assess coral management efforts.

“I aim to study the relationship between heat resistance and recovery, to get a holistic view on how to conserve coral reefs throughout climate change conditions,” he says.

This marks the first predoctoral Ford Fellowship award for an undergraduate at CSUMB.

Two alumni were awarded a 2022 NSF GRFP Honorable Mention: Madison Heard (MSCI major, ‘18) was awarded such for the second year in a row, and is currently a graduate student at UC Santa Barbara in an environmental physiology lab; and Victoria Assad, a former CSUMB/UROC Scholar student who graduated in 2020 with a B.S. degree in marine science and a B.A. degree in social and behavioral sciences.

Both Kaholoaa and Heard were active research members of the Logan Lab while at CSUMB. Both were also scholars at the Undergraduate Research Opportunities Center (UROC), which  Kaholoaa strongly recommends to any aspiring CSUMB student scientist, calling it “the main catalyst in my undergraduate research career.”