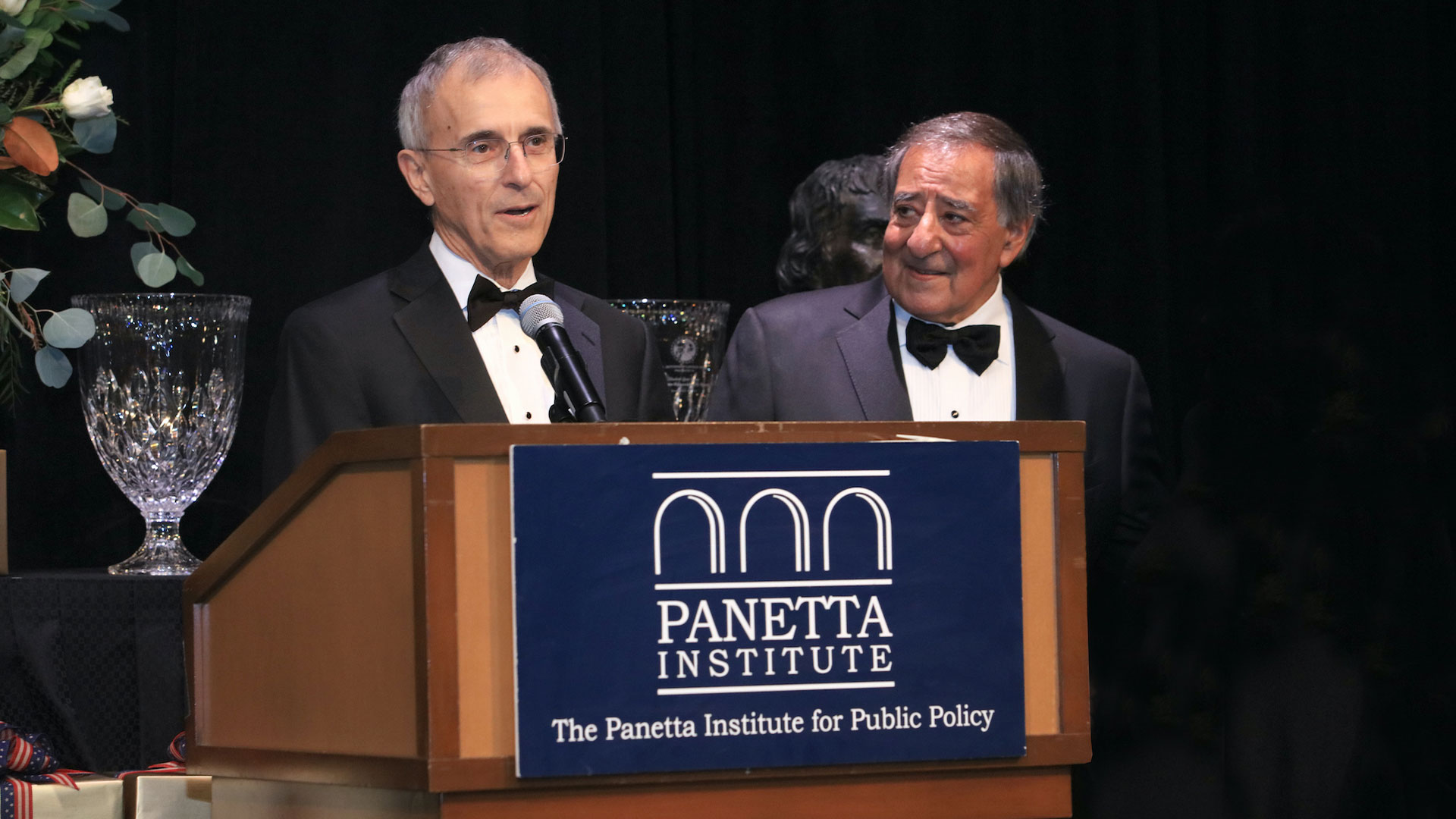 President Eduardo M. Ochoa was singled out for special recognition at the Panetta Institute’s 21st Annual Jefferson-Lincoln Awards gala in November at the Inn at Spanish Bay.

The Panetta Institute for Public Policy bills the event as an evening to honor “lives of public service” and individuals committed to “our democracy and its most cherished principles.” The black tie affair is the main fundraising event of the institute and draws a roomful of dignitaries and public figures.

Secretary Leon Panetta introduced Ochoa to the podium, saying “We have one other very, very important partner to recognize this evening.

He told the attendees that Ochoa had bestowed more than 15,000 degrees to undergraduate and graduate students, overseen the building of new academic buildings, and secured the university’s financial footing.

“Dr. Ochoa and his wife Holly have been supporters and partners of the Panetta Institute and its mission,” he continued. “Dr. Ochoa’s belief in education through service and the potential and creativity displayed by the residents of the Central Coast align strongly with the work of the Institute.”

“Eduardo, thank you for what you have done for our campus and for our community,” he concluded.