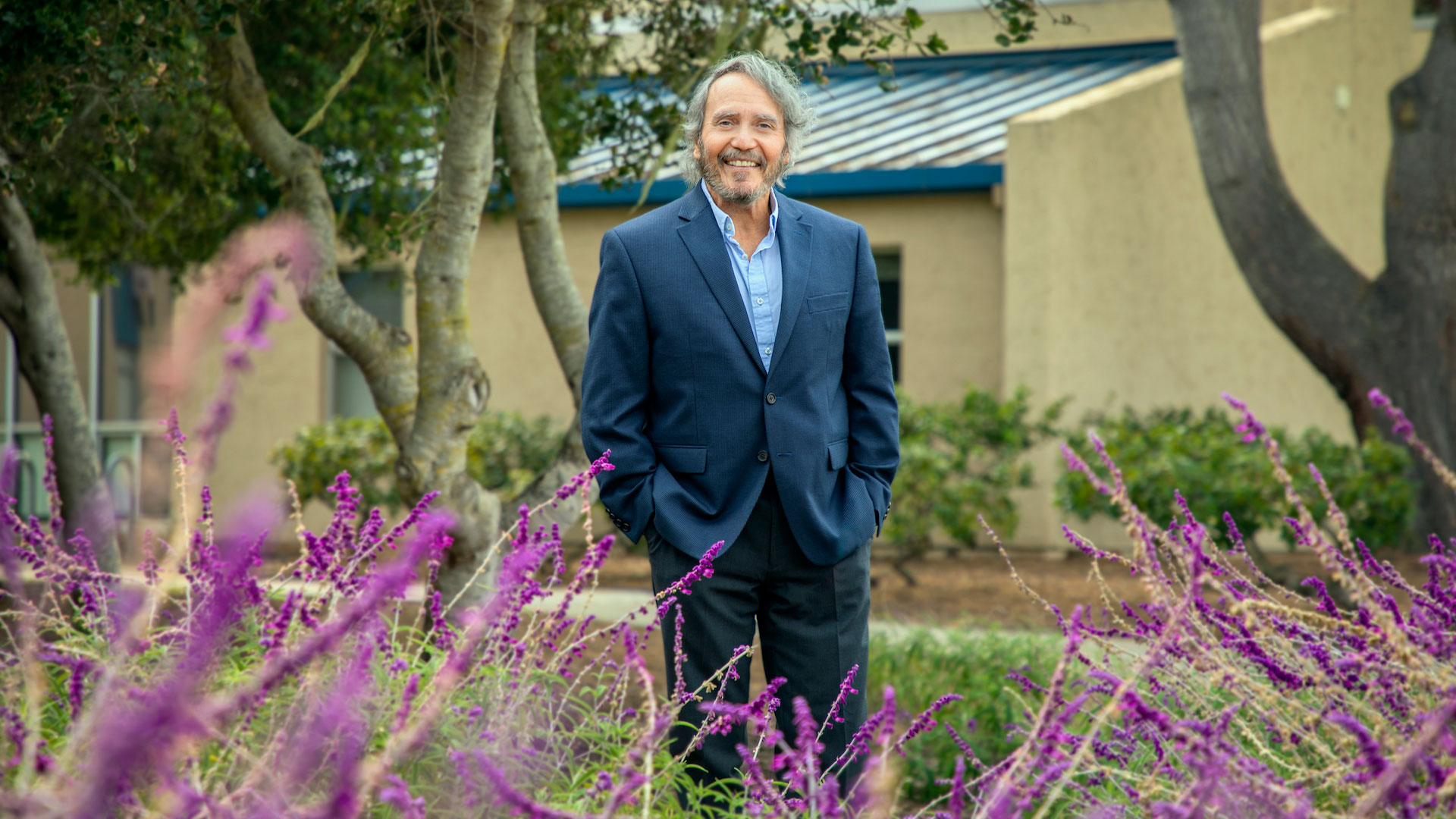 Edward “Ed” Jadallah believes that an individual’s ideas, beliefs, and values evolve through life experiences. In fact, the focus of his educational research is grounded in the idea that relevant and meaningful learning experiences shape who we become and how we behave.

The first frame of reference one needs to know about Jadallah, CSUMB's new dean of the College of Education, is Ohio.

“I was born in Youngstown, Ohio and spent most of my formative years in Cleveland, Ohio,” he said. “I am still a Cleveland Indians and Browns fan, and I’m definitely an Ohio State University Buckeye.”

His parents, having grown up in the Great Depression era, believed in the idea of getting a job as soon as feasible and saving as much money as possible. Many of his home life experiences were guiding him to follow this logic of employment as a priority.

But when he got to high school, teachers and other students showed him a broader range of options. By senior year, the one he chose was to join the Navy and pursue electrical engineering. But his track coach intervened. Secretly.

“Without me knowing, he completed a college application for me to attend Malone College in Canton, Ohio,” Jadallah said. “I received an acceptance letter around the last week of my senior year.”

And he, in turn, accepted.

“Running cross country and track were some of my most positive experiences and having the opportunity to continue that for another four years was a primary motivator to attend college,” he said.

In addition to pursuing his interest in running track, he got a very good undergraduate education there. It was also where — during his junior year, while on a required field experience at a local school — he came to realize how much impact teachers have on individuals and, collectively, on the advancement of society. He caught the education bug. And it spurred him along a career path as a middle-level teacher, college professor, and higher education administrator.

“My overarching line of research throughout the last 20 years,” he said, “has focused on the conceptual understandings teachers develop about teaching and learning and how those understandings affect curriculum, instruction, and assessment practices.”

He translates that to mean concepts are the ideas that we develop in our mind based on experiences. These ideas then serve as the building blocks for more advanced principles, theories, values, and beliefs. For example, diversity, inclusion, equity, and social justice. These concepts can then evolve into different theories, values, and beliefs based on experiences individuals have that furthers their understanding.

“What type of life experiences and cognitive and emotional processing did the individuals who stormed the Capital go through?” he asks. “Why did Derek Chauvin believe it was appropriate to kneel on George Floyd’s neck for eight minutes and forty-six seconds causing his death? What goes on in a white supremacists’ mind, and how do they reason and justify their behaviors and actions?”

He points to a person’s “frame of reference” — what they have learned.

The significance of this research is the role that education, and specifically teachers, have in helping develop students’ frames of reference. Jadallah estimates that over the course of 12 years, students could spend 2,160 days, or 12,960 hours, with teachers. Education plays a significant role.

In the past his research focused primarily on pedagogical concepts, but in the last few years he has honed in on diversity, inclusion, equity, and social justice.

Jadallah has studied, lived and worked in the Midwest, East, Northeast, Southeast, and now California’s Central Coast. And each of these regions have played a role in affecting his frame of reference.

Teaching in the SUNY system in Syracuse, New York, was an experience filled with dynamic cultural perspective and ethnic diversity. While in South Carolina, he witnessed how one individual could take years of progress in an educational system and destroy it based on personal interest and bias.

“My first passion is teaching and interacting with students,” he said. “I became an administrator due to my frustration with not being able to have a stronger influence over the development of educational policies and governance structures.

“Another thing I’ve learned,” he continues, “is that you definitely cannot generalize one individual’s deficits and societal attributes to a whole region. I had many positive experiences in all of the regions I’ve lived in.”

Jadallah came out West to CSUMB because of the focus on educational diversity, inclusion and equity, and he found common cause with the university in the values and ideals he’s embraced in his career.

He said he hopes to lead through shared governance, constructive involvement, trust and respect, transparency in communication, collaboration, and by supporting faculty and staff. The goal is to promote interdisciplinary undergraduate and graduate teaching, diverse programming, social justice, pedagogical creativity, ethics and engagement.

He asks, rhetorically, “As teacher educators, are we simply perpetuating the status quo?”

His answer would seem apparent.