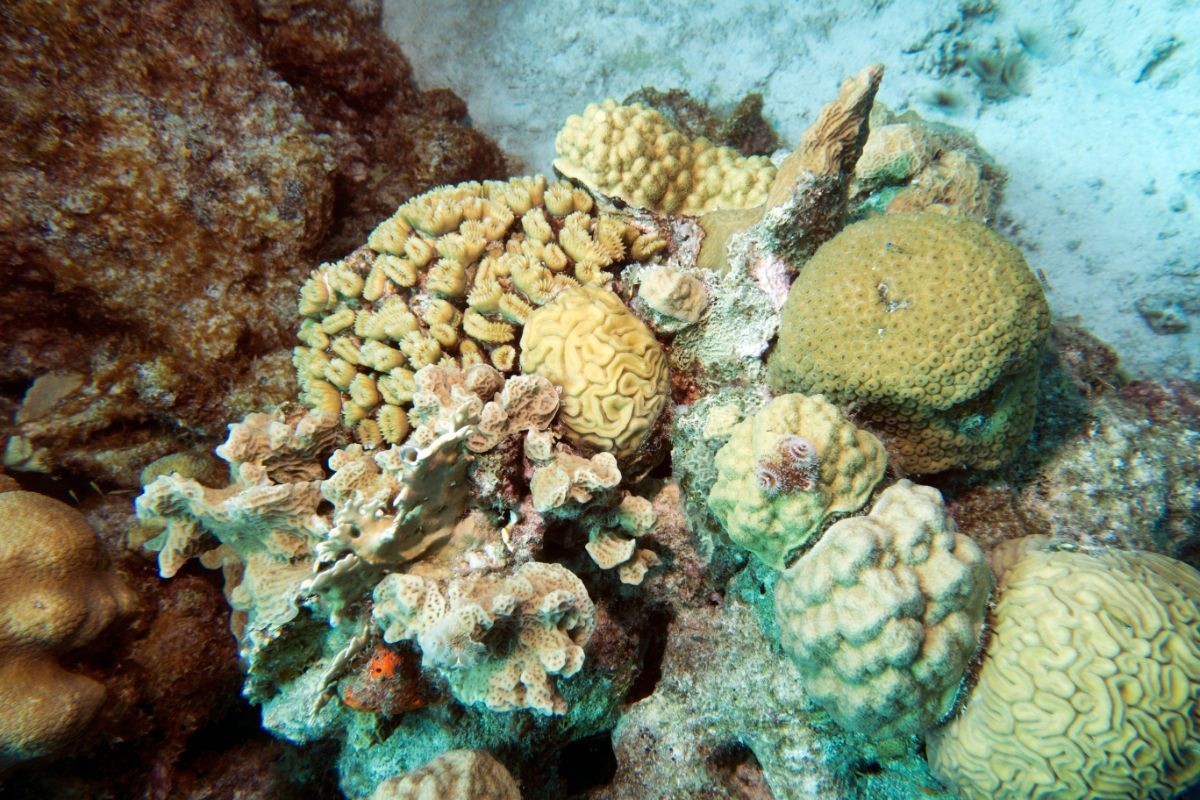 Cheryl Logan, an associate professor in CSUMB’s Marine Science department, is the lead author of a new study on corals and global warming, published on May 17 in the prestigious Nature Climate Change.

“Corals live in a partnership with solar-powered photosynthetic algae that give them vibrant color and energy,” Logan said. “When there’s a symbiosis breakdown between algae and corals, the corals turn white and become more susceptible to disease – a process called ‘coral bleaching’. If the temperatures remain high enough they will die. Bleaching frequency is increasing around the world.”

Their research focused on stony corals — rather than the soft corals found in Monterey Bay — which make up less than 1 percent of the world’s ocean area but are used by a third of the world’s fish for habitat. They also protect coastal communities from storms, provide tourism destination income, and grow natural products that humans use.

Coral reefs have high biodiversity and are often referred to as the “rainforests of the sea.”

In the past, Logan has studied corals out in the field in the Galapagos Islands, and she currently has a grad student working out of her lab in American Samoa. For this newly published study, the team used data from the Intergovernmental Panel on Climate Change and computer models.

They simulated growth and mortality of coral populations in hundreds of locations around the world when faced with increased temperatures and ocean acidification, through to the year 2100.

What they found was that when corals could switch their symbiotic algae partners for more heat-resistant varieties (in a process called symbiont shuffling), or when the algae evolved higher tolerance, corals could survive under low carbon emissions conditions through the end of this century.

It’s a ray of hope in an otherwise dire situation for sensitive corals. But there are caveats. Surviving coral communities may look different — with more mound-shaped than the floral branching corals. This would affect the integrity and function of the reef structure. And under the climate scenarios with moderate to high temperature change, neither shuffling nor adaptation will protect them from demise.

One of the insights that Logan and company hope to glean from the study is gauging how much human intervention efforts might be needed for corals to survive.

“I was on a National Academy of Science committee where we reviewed possible interventions,” Logan said. “Moving heat-tolerant corals from one place to another, creating clouds to shield the corals from sun and heat stress. There are risks to some of these interventions. It’s like playing God.”

In the end, she said, we still need to curb emissions.

While Logan is the lead author of the study, the other authors of the paper are John Dunne from the NOAA Geophysical Fluid Dynamics Laboratory; Marissa Baskett from the Department of Environmental Science and Policy at UC Davis; James S. Ryan of CSU Monterey Bay; and Simon Donner from the Department of Geography at the University of British Columbia.

The study was published by the highly regarded science journal Nature Climate Change, with a readership of interdisciplinary scientists as well as broad general interest, and which has a high impact on the trajectory of science.