Catching fog across Monterey County with a science professor 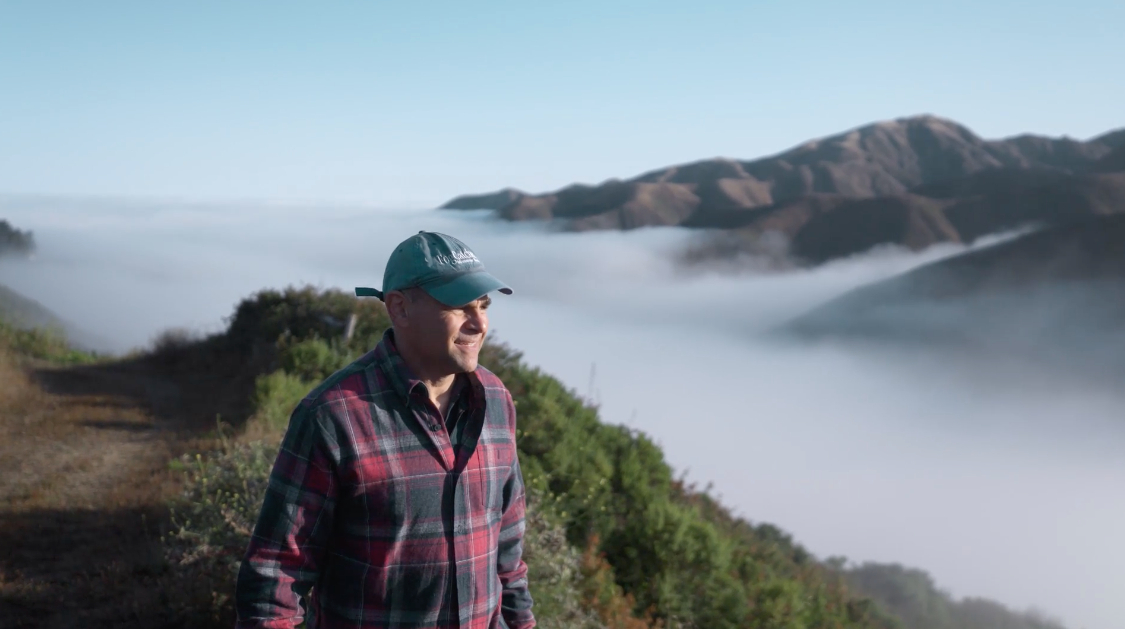 Architectural Digest, with funding by Moen, has produced a short film about Professor Dan Fernandez and his fog catching devices.

It combines majestic shots of fog banks flowing over mountain ridges set to ethereal music, with footage of Fernandez, from CSUMB’s Department of Applied Environmental Science, talking about and working on the scientific research he and his team are involved in.

To shoot the film, a crew of six people followed Fernandez all day as he visited several of his fog collector sites, including at the Glen Deven Ranch in Big Sur, the Moss Landing Marine Lab Aquaculture Facility, and behind the Tanimura and Antle Library on campus.

“At one point I was driving and one of the film crew was in the car ahead of me standing through the sun roof and shooting me with a video camera,” Fernandez said. “I’m just not used to that level of attention!”

Fernandez said an early morning shot of a fog bow, which he described as “like a rainbow, but white,” didn’t make the final cut. But what did make it into the film amounts to a short work that packs in plenty of science and beauty into an engaging 5 minutes.