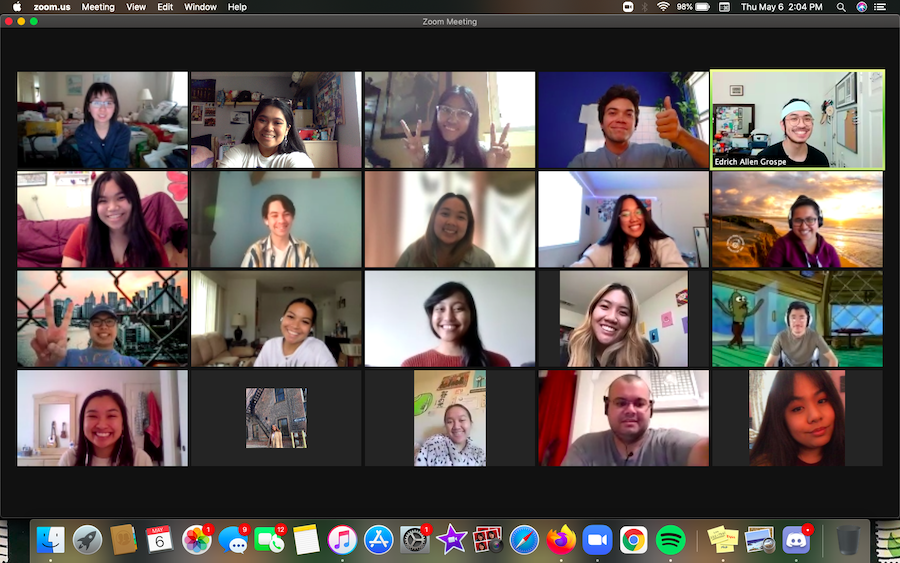 CSUMB’s “Strength Through Diversity” awareness campaign aims to build on our ongoing commitment to inclusive excellence. Stories, social media posts, and special events throughout the academic year will celebrate diversity and highlight the many identity groups represented by the students, faculty, staff, and alumni that make up the CSUMB community. May is Asian Pacific American Heritage Month.

The Asian and Pacific Islander Association student group at CSU Monterey Bay embarks on all sorts of activities, events and fundraisers. But while the club’s depth of projects can seem ambitious, or even complicated, the underlying goals are pretty simple: togetherness, community and education.

APIA’s recent Asian and Pacific Islander Week on April 18-22 — which doubled as a celebration of the club’s 10th anniversary — provides a good example of their ambitions. (The club’s leaders decided to host API Week before the nationwide Asian Pacific American Heritage Month month in May because of busy schedules and preparation for finals.)

In the space of only a few days, club leaders, members and guests gathered for a culture and heritage mini-festival, an anime movie night, a cross-club karaoke extravaganza with Otter Pride and Japan Club, an Asian/Pacific Islander pop culture trivia evening and a luau-like dance-and-traditional-food party called a “huike.”

Meanwhile, the club’s regular events range widely, from the more fun (cultural food spotlights) to the more serious (a presentation and interactive discussion about immigration reform).

APIA President Valerie Ordoñez, a kinesiology major and Filipina-American, speaks to how those various engagements function as a whole.

“Our purpose is mainly to spread awareness of different Asian and Pacific Islander cultures, to share both our different and similar experiences within that community, and to have that sense of belonging, since we do have a small demographic on campus,” she says.

“Bringing people together is what’s most meaningful for me,” she says.

That takes on added meaning after extended spells apart after pandemic closures; in fact, each club officer expressed joy and surprise at the impressive API Week turnout since it had been so long since their last in-person events.

The wave of ugly anti-Asian incidents during the pandemic adds further weight to the club’s work. Along those lines, a recent APIA T-shirt fundraiser steered funds toward countering Asian and Pacific Island hate.

Ordoñez sees the group becoming more and more instructional for its members and the wider campus as it moves into its second decade.

“As much as we love to talk about food and different festivals, it’s important to learn about the history that goes beyond that,” she says. “We want to be as informational and educational as possible.”

Treasurer Kayla Dizon, a human development and family science major and Filipina-American, feels groups like APIA have important impacts beyond its own membership.

“I feel in a perfect world, more people who aren’t a part of a [certain] community would learn more about its cultures and the issues [its members] are confronting, but that doesn’t always happen,” she says. “Without our club there wouldn’t be as much representation or diversity.”

That thought resonates with Ablola. “Without our group, some students would feel excluded and not represented,” she says. “Having a group like us helps give people a chance to be proud of what’s a part of them.”

Dizon observes a boost in identity and solidarity happening within the club, but also with other underrepresented populations on campus.

“When we work together we can show [other groups], ‘Hey, you’re not alone,’ and ‘We understand cultural differences,’ ” she says. “Sometimes people don’t know the stuff we’ve been through. To them it seems foreign. To us it’s normal.”

So all sorts of helpful outcomes are emerging from APIA’s activity on campus, including what may be the most important one.

“Through the club, a lot of people have found their closest friends,” Dizon says. “It makes me think, ‘If you hadn’t joined, none of this would’ve happened.’ ”