I went to St Petersburg, Russia, this summer partly for pleasure and partly to research public art in other parts of the world, coming from the perspective of our own commitment to public voice here at VPA.

I expected to be stunned by the acres and acres of world art housed in the vast Hermitage Museum (formerly a Tsar’s palace). It didn’t disappoint. Hours melted away as my husband and I meandered through the galleries housing the history of the human spirit.

What DID surprise, was the absence of cultural edge in this perfect, clean, landscaped, pastel-colored city. No street art, no murals, no graffiti, no tattoos, no community art spaces, no people of color, no homeless. Strange. Not to say the locals weren’t trendy: torn jeans, international tee-shirt logos, hip bags and shoes, cafes with lattes and chai. But clearly there was some kind of lid kept on unruliness and independent voice.

Not so, at all, in the Baltic states (Latvia, Estonia, Lithuania) which we visited next. These small northern countries, almost untouched by American visitors, are still rejoicing in their freedom from the Soviet grip of the late 20th century. The landscape is still blighted here and there with abandoned, dismal soviet block housing and communal industrial buildings. But the birch forests and yellow fields of mustard and rapeseed grow right up to the edges of the medieval city walls. And public expression is everywhere.

The city of Vilnius, Lithuania, is a textured canvas of cobblestones, ancient guild houses, modern businesses, and ubiquitous street music, graffiti, body art, and art spaces. A whole section of the old part of town has proclaimed itself The Republic of Uzupis, occupied and governed by artists. Vilnius, proper, while raising an eyebrow at this show of rebelliousness, also embraces the freedom from censorship that it signifies.

The Baltic people, so joyous in the revival of their own music, drama, and visual art forms (all forbidden during Soviet occupation), are also becoming increasingly fearful of the saber-rattling in the current Kremlin. Having lost immediate family members to starvation and freezing in Siberian exile, as well as to executions at home, their terrors of being reoccupied are raw wounds. At this point, they are still able to express their political anxieties and democratic cravings through their public art. It is strong and inspiring. 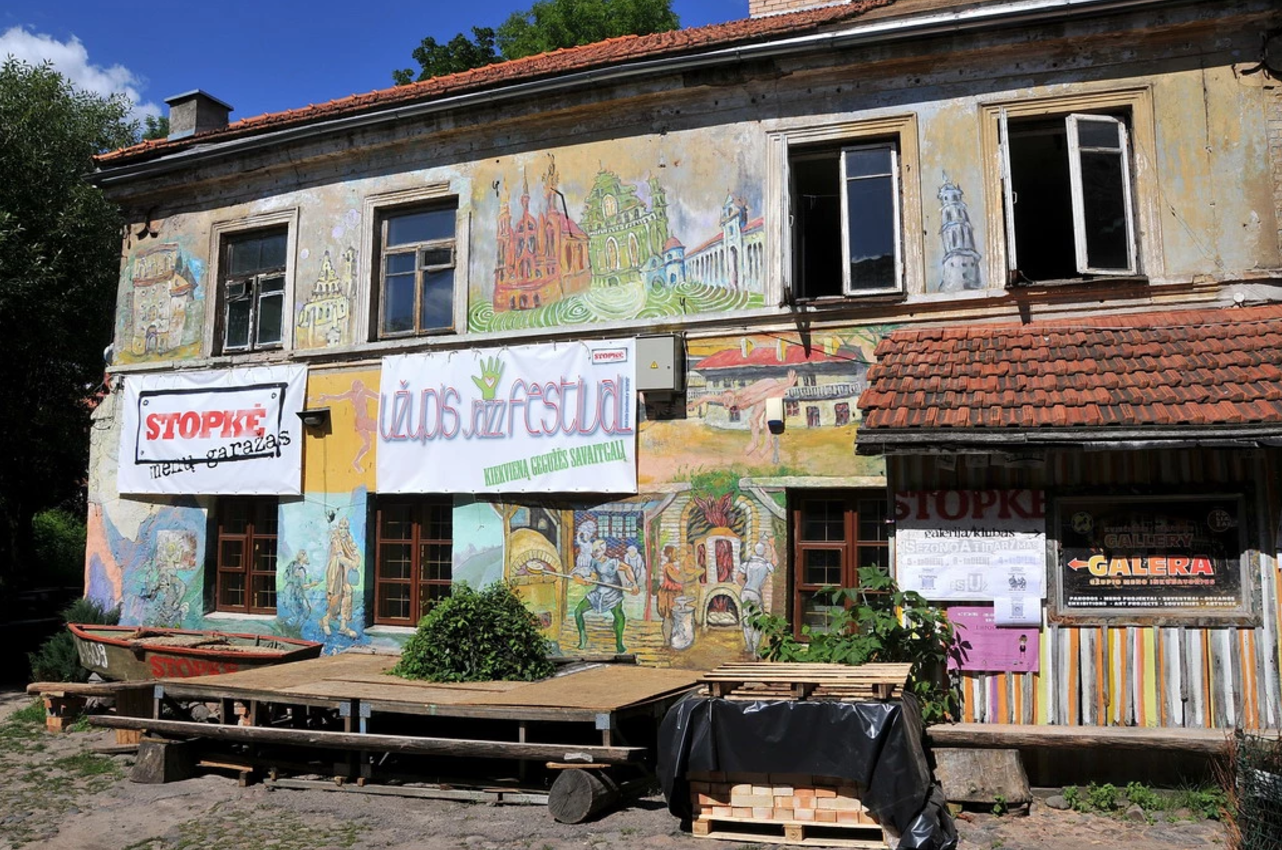