School of Computing and Design 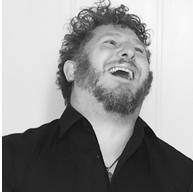 Wes' sculpture, photography, and new media works have appeared in group and solo shows since 1996. His performance and social practice work since the mid-1990 have made headlines internationally and have been chronicled in journals. His comic work has been published in several noted illustrated histories. Wes holds a Masters in Fine Arts from the Digital Art and New Media program at the University of California Santa Cruz. He has been a lecturer at the University of California Santa Cruz and California State University Monterey Bay since 2015. He served as the summer curator and exhibition catalyst at the Santa Cruz Museum of Art & History in 2016. Wes worked in the tech industry for 25 years as a software engineer, systems administrator, and systems architect. He is also a writer, performer, adventurer and community organizer.