University ranked No. 18 among public schools in the West

Cal State Monterey Bay is one of the top public universities in the Western United States, according to the 2016 U.S. News & World Report Best Colleges edition released this week.

CSUMB is ranked 18th among Western public universities by the magazine,which based its assessments on critical indicators such as graduation and retention rates, faculty resources and financial resources.

Regional universities offer a full range of undergraduate programs and some master’s programs. U.S. News ranks colleges that grant doctoral degrees, such as those in the University of California system, in a separate category. The West region includes 15 states. 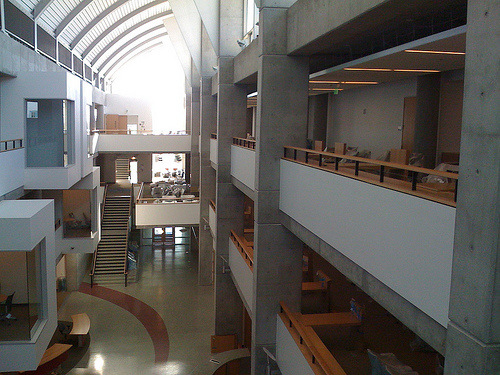 U.S. News also highlighted CSUMB for diversity. Using its “diversity index,” the magazine rated the university among the most diverse schools in the West. The diversity index factors in the total proportion of minority students and the overall mix of groups. The university also ranked high in the magazine’s category of economic diversity in its region, with 57 percent of students receiving Pell grants – federal financial aid that usually goes to students with family incomes under $20,000. This year's U.S. News Best Colleges edition includes data on nearly 1,300 colleges and universities. Schools are ranked on as many as 16 measures of academic excellence to help families compare schools, narrow their searches and make informed decisions.