CSUMB Marine Science graduate Parker Smith was awarded the National Science Foundation (NSF) Graduate Research Fellowship Program (GRFP) scholarship and will pursue a Ph.D. in chemistry and biochemistry at the University of California, San Diego (UCSD) this fall. At UCSD Smith will be developing new catalysts for converting carbon dioxide into valuable fuel under the advisement of Clifford P. Kubiak. 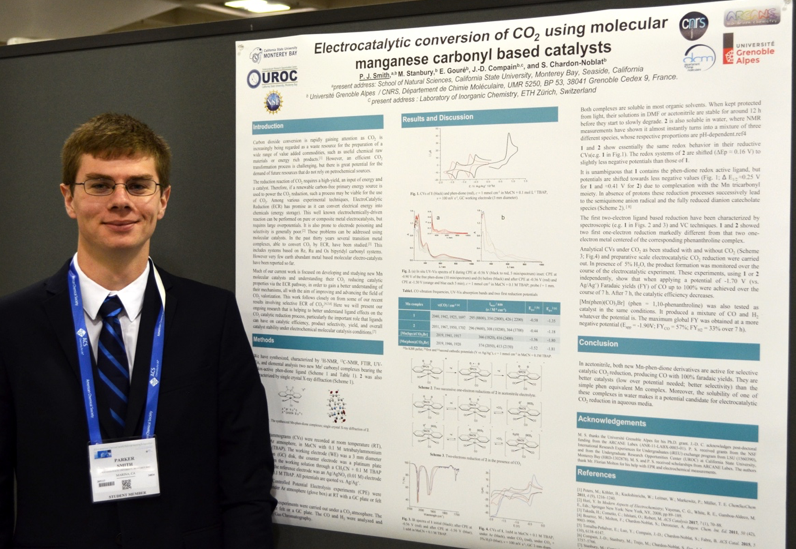 The College of Science is very proud of the work that Parker has done and we take this as evidence that CSUMB graduates can compete at the very highest level nationally.”
— Dean Andrew Lawson, CSUMB College of Science

NSF received over 12,000 applications and made 2,000 award offers. The fellowship provides a three-year financial support within a five-year fellowship period—an annual stipend of $34,000 and a $12,000 cost-of-education allowance. NSF GRFP awards high-potential, early career scientists and engineers to support their graduate research training in science, technology, engineering, and mathematics (STEM) fields.

Victoria Assad, who is double majoring at CSUMB in Marine Science and in Social & Behavioral Sciences, was awarded the Barry Goldwater Scholarship. The Goldwater Scholarship supports college sophomores and juniors who show exceptional promise of becoming the nation’s next generation of research leaders and is known as one of the most prestigious undergraduate scholarship in natural sciences mathematics, and engineering in America.

Victoria plans to pursue a doctorate in marine science to research the effects of climate change on the deep sea to impact policy. She is also a double major in Social Behavioral Sciences at CSUMB. 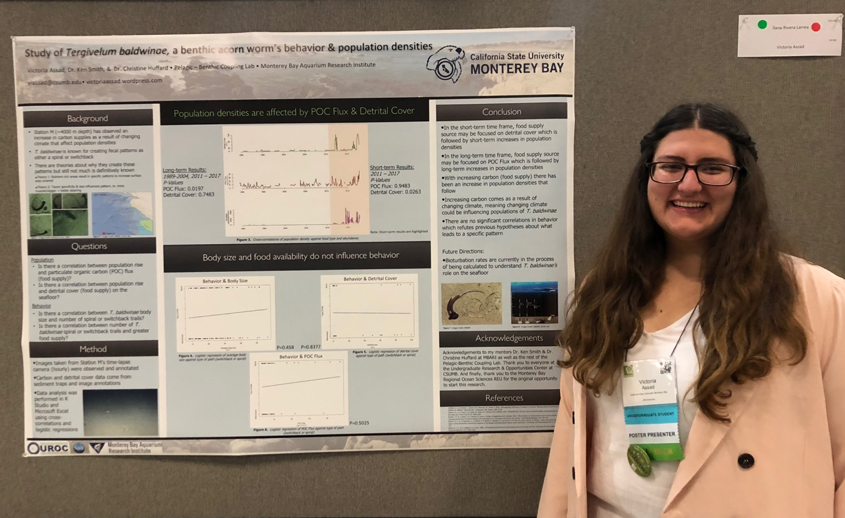 Victoria Assad, who is double majoring at CSUMB in Marine Science and in Social Behavioral Sciences, was awarded the Barry Goldwater Scholarship.

Receiving the Goldwater award is a significant achievement and is an external validation that Victoria has demonstrated intellectual intensity, a strong commitment to a career in research, and has potential for significant future contributions in her field.”
— Dean Andrew Lawson, CSUMB College of Science

Goldwater awarded 496 students chosen from a pool of over 1,200 nominees. The scholarship is worth up to $7,500 per year for two years and is based on academic merit and is awarded to sophomores and juniors studying mathematics, natural sciences and engineering.

Since 2015, CSUMB has had annual Goldwater recognition, with a total of eight UROC scholars recognized: three Goldwater Scholars and five honorable mentions awarded.

CSUMB is privileged to have UROC as a center which provides opportunities for students to demonstrate their potential as future researchers."