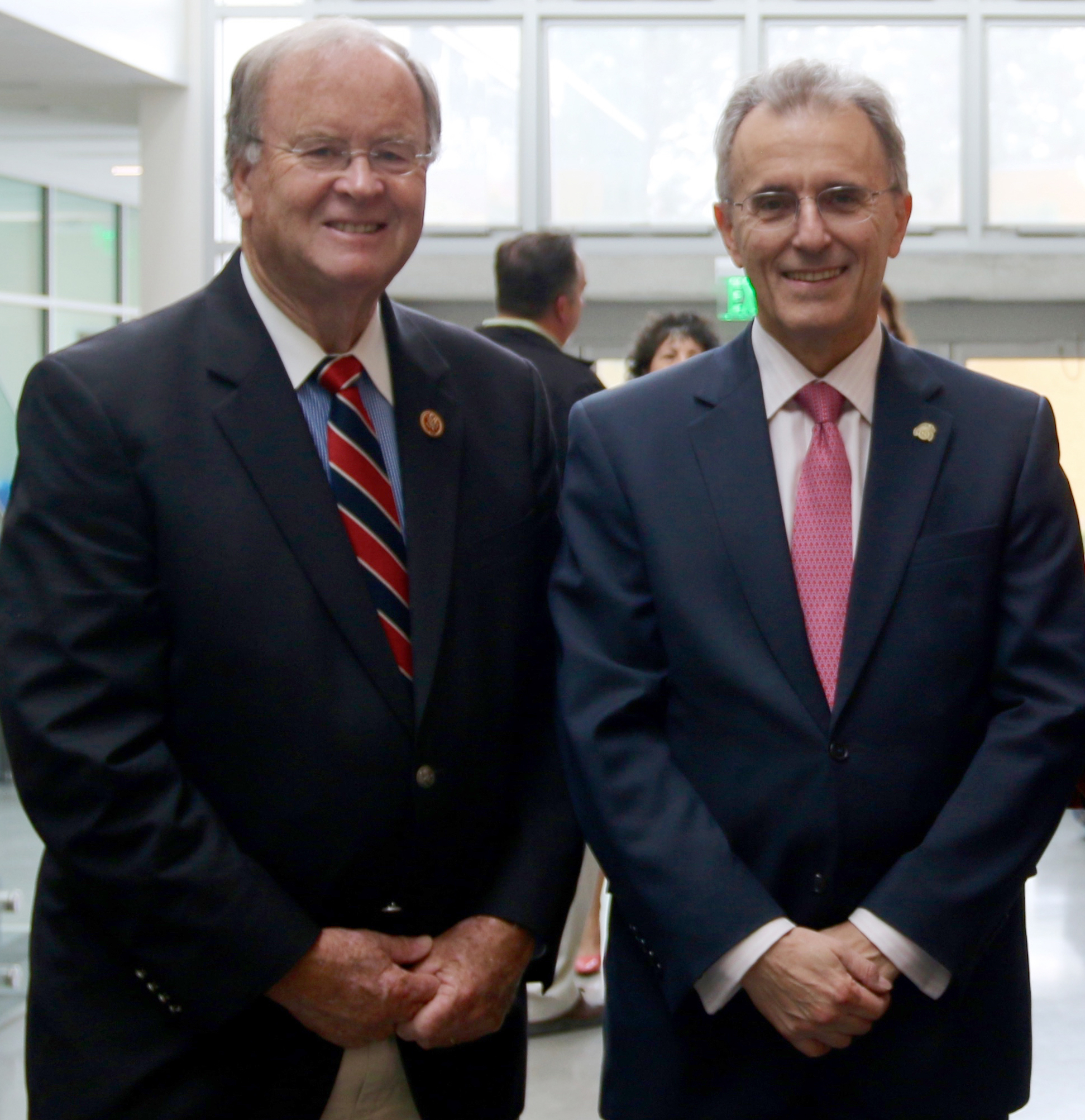 Farr, despite opposition at the time, was a pivotal figure in leading the transition of the former Fort Ord into what is now CSUMB during the early 1990’s. CSUMB’s inauguration, a result of the advocacy and determination of Farr, was held Sept. 4, 1995, and given by then President Bill Clinton.

Farr will also be awarded a Doctorate of Law degree from CSUMB in honor of his 40+ years of public service ranging from the Monterey County Board of Supervisors to his 23 years in Congress representing California’s Central Coast.

“We are honored to welcome Sam Farr as the speaker at the two ceremonies of our 21st annual commencement. His life of public service is one to which all of our graduates can aspire," said CSUMB President, Eduardo M. Ochoa.

In addition to Farr, another local steward of education, Andy Matsui, will receive an honorary degree from CSUMB. Matsui, who will be awarded a Doctorate of Science, immigrated to the United States in 1961 and has since become the world’s largest producer of orchids.

The Matsui Foundation, in operation since 2004, has donated nearly $5 million in scholarships to students from Monterey County and has been pivotal in the development of the innovative CSin3 partnership program between CSUMB and Hartnell College.

"Recognizing both Congressman Farr and Andy Matsui, who has helped so many students achieve their own educational dreams, with honorary degrees will add to the spirit of celebration that always makes commencement so special,” Ochoa said.