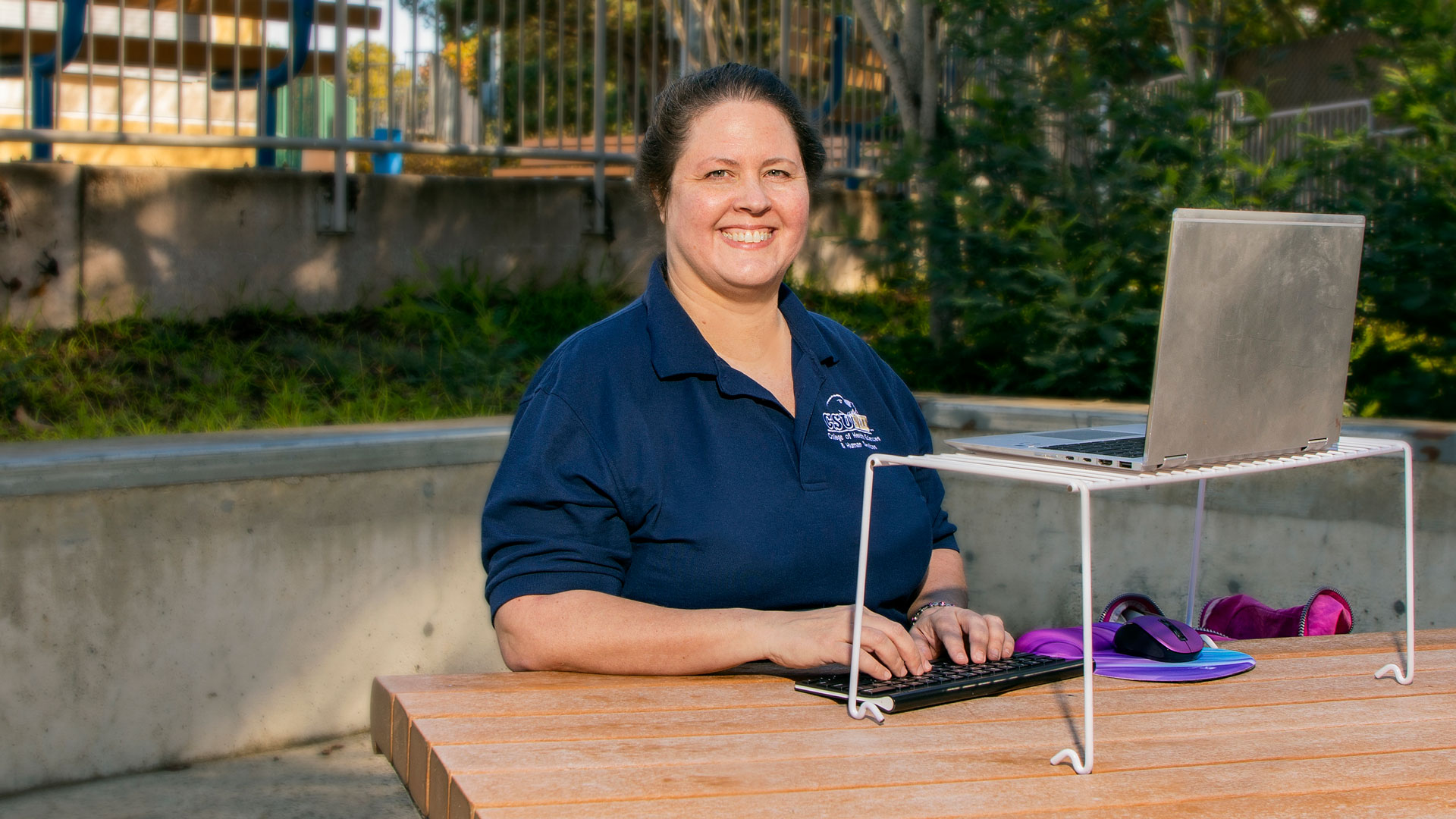 CSUMB’s “Strength Through Diversity” awareness campaign aims to build on our ongoing commitment to inclusive excellence. Stories, videos, social media posts, and special events throughout the academic year will celebrate diversity and highlight the many identity groups represented by the students, faculty, staff, and alumni that make up the CSUMB community.

Kathybelle Barlow started college in 1986 but didn’t attend CSUMB until 2016. She worked in the healthcare field, and even before the pandemic, she noticed an urgent need among adults and seniors “ages 18 to 120 and up.” Many are plagued by social isolation and loneliness. So, Barlow made it her mission to close the social distance gap ​​— digitally. But first, she would need to go back to school.

Her goal in returning to college was to learn how to develop and manage a nonprofit. She went to Cabrillo College from 2008-2012 to get her Associate of Arts in Health Science/Community Health and came back in 2015 to take three prerequisite classes before enrolling at CSUMB. She was in her late 40s. She just turned 53 on Dec. 21 and jokes that she might retire at 95.

Her age is not unusual, as 30% of students enrolled at CSUMB in Fall 2021 are considered “older students” — those over the age of 24. Thirteen of those students are over 59.

However, while most students take 15-18 units per semester, Barlow prefers taking nine units maximum. Currently, she is on track to graduate in 2024. By then, it will have taken her a total of eight years to complete her degree in Collaborative Health and Human Services, and she will have obtained two concentrations and a nonprofit management minor along the way.

“And I might be getting another minor,” she laughs. Next semester, Barlow will take computer science and technology classes to learn how to create and maintain her own website. She says this might become her second minor.

While attending CSUMB, Barlow developed her nonprofit organization, Connections 4 Friends. In 2021, she brought that idea to CSUMB’s Startup Challenge, an annual event where entrepreneurs pitch their business ideas for the opportunity to gain visibility, connections, and funding. She was one of the winners.

“I’m going to graduate as the executive director of the nonprofit I founded,” she said.

She also names 15 resources that have helped her personally on her journey, including Student Disability Resources and the Academic Senate.

SDR connects students to resources like the California Department of Rehabilitation. The department made it easier for Barlow to get through semesters when things have gone awry, such as when her laptop broke the week before classes started.

“I now have a nice, new laptop,” she said. “My Department of Rehabilitation counselor told me ‘Don’t buy your own laptop. We’ll buy one for you.’”

Over the summer, Barlow joined AS to give back to the campus community. She is the Associated Students Senator for CHSHS. As for giving back to the greater community, she is on several local committees and councils that serve the elderly, disabled, and those who live with a mental illness.

“I love advocacy work,” Barlow said. “I have to advocate for myself because of my own disabilities and accommodations, but I’ve also advocated for friends and for my mom when she had cancer.”

When talking about how she juggles being a part of so many different advocacy organizations, she jokes that her Google Calendar is her brain.

“My superpowers are networking and resources, so I’m using them for good,” she said. “I enjoy being involved. I really love feeling connected and sharing resources with the community.”