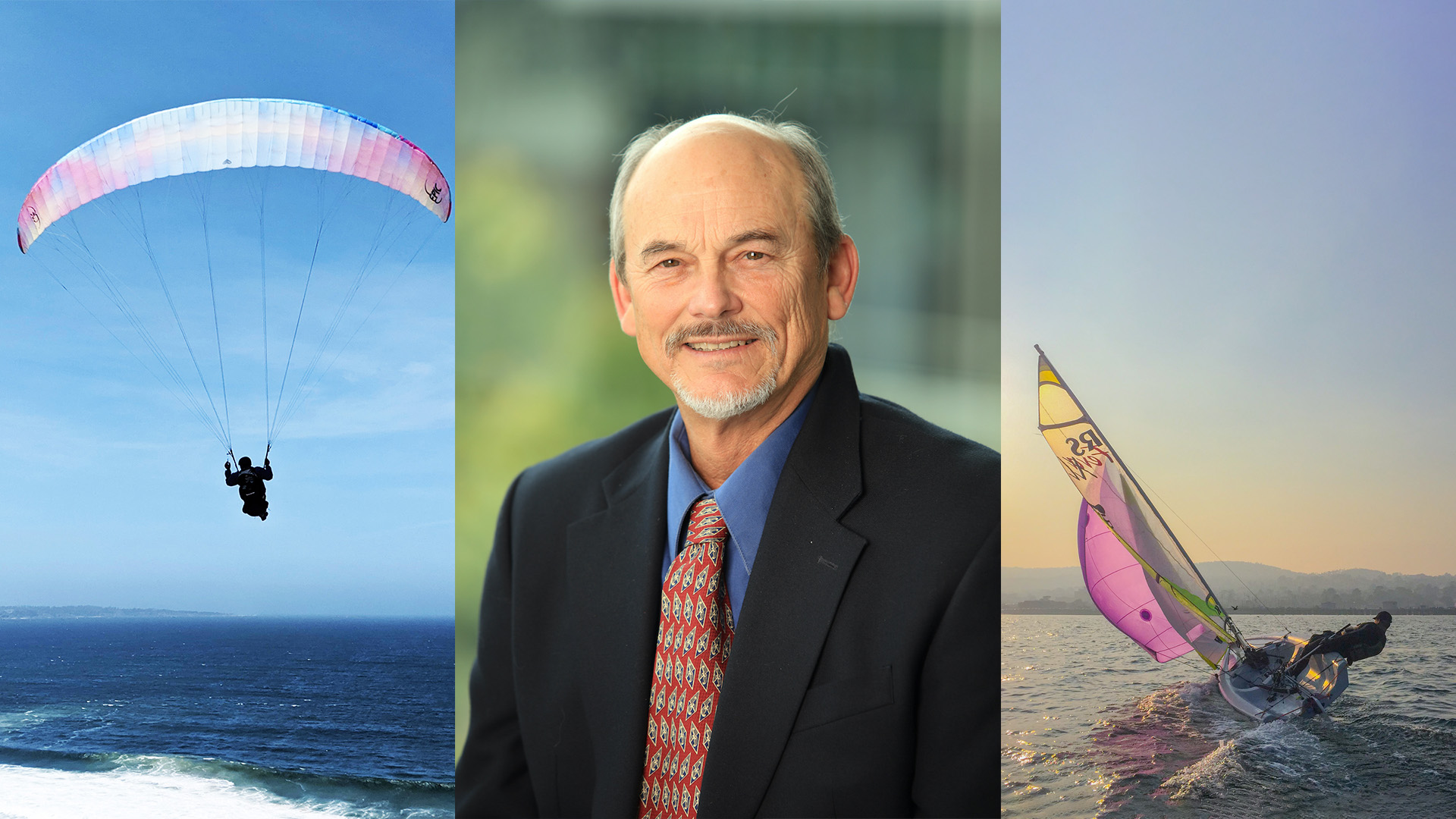 Doug Smith said he feels connected to CSUMB students because he shares some of their non-traditional paths to college.

Rather than going to college out of high school, Doug went to trade school to become an aircraft mechanic. After a couple of years as a mechanic he worked on props and scenery for faux-sports television shows like “World’s Strongest Men” and “Challenge of the Sexes.” He then took some courses in community college and there he found he had an aptitude for math and science. He transferred to UC Davis to study geology; he went on to UC Santa Barbara for a PhD in geologic sciences.

He shifted mid-career from traditional geology to watershed science, before finding his way to CSUMB where he’s been a professor for 20 years, including serving as chair of the Division of Science and Environmental Policy.

He recently became the interim Dean of Graduate Studies and Research, a position that was created in August of this year.

They tend to be older, having already earned an undergraduate degree. They have narrowed their career choices and are polishing their professional skills, and are learning to be more proficient researchers and life-long learners. Or they might be returning to school to start a new career or advance in their current one.

“After graduate school you should be able to teach yourself most anything — without a professor,” Smith said.

Smith said that graduate students traditionally have been addressed similarly to undergrads, but he wants to build a distinct graduate student culture. That includes creating specific traditions and events to form stronger bonds to CSUMB and building out student services that address their specific needs.

He said he will miss the classroom and student mentoring he’s been able to indulge in as a professor--watching them progress in their careers. He will also miss the hands-on research he’s conducted himself, like the multi-year San Clemente Dam removal project.

But having put in two decades as a professor at CSUMB and 30 years in teaching, written or co-written countless academic papers, and worked many years as a scientist researching geology and watersheds, he’s ready for a new adventure, as he calls it. And this from someone who has sailed boats, soared in paragliders, waded into flood waters, and rock climbed for sport.

“This is a new deanship here, so I'm laying the groundwork for the future,” he said. “I've been at the new position for a semester now and I really love the work. CSUMB is a special place for faculty and students — a tiny, hidden gem of a campus with a great number of resources for students.”