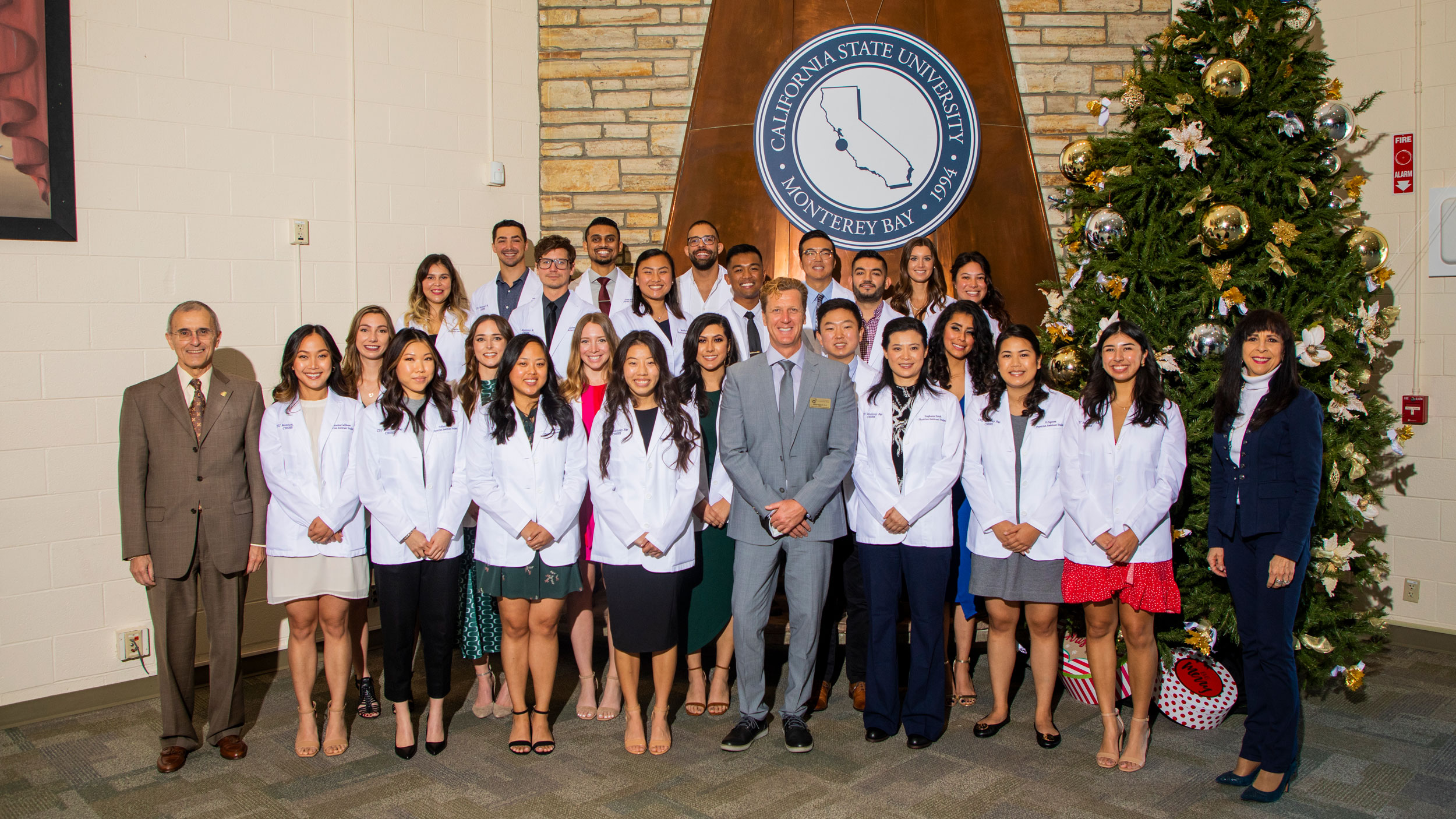 In it, 25 Class of 2023 MSPA students received their white coats, signifying their transition from the academic portion of the program into supervised clinical practice.

They can variously be assigned to all major area hospitals, including Salinas Valley Memorial, CHOMP, Dominican, Natividad, Mee Memorial, and Hazel Hawkins.

“This is one of the best parts of my position, to participate in this joyful, momentous occasions such as this,” he told the assembled students, families and campus leadership.

“You have long anticipated this day, some with eagerness, some with anxiety, some with a complicated mix of emotions—but whatever you are feeling here today, you deserve to hold a keen sense of pride. You made it!”

Taylor Ash, the Class Representative for the previous class, told the Class of 2023, “Work hard at being the best PA students you can be in order to build on what students before you developed. We are a family and we want everyone to succeed as we pass the torch to you.”

This class began their study during pandemic with classes on Zoom, but were able to attend their white coat ceremony masked and in-person. As physician assistants, they will fill a critical need in healthcare in the region, especially among underserved populations.