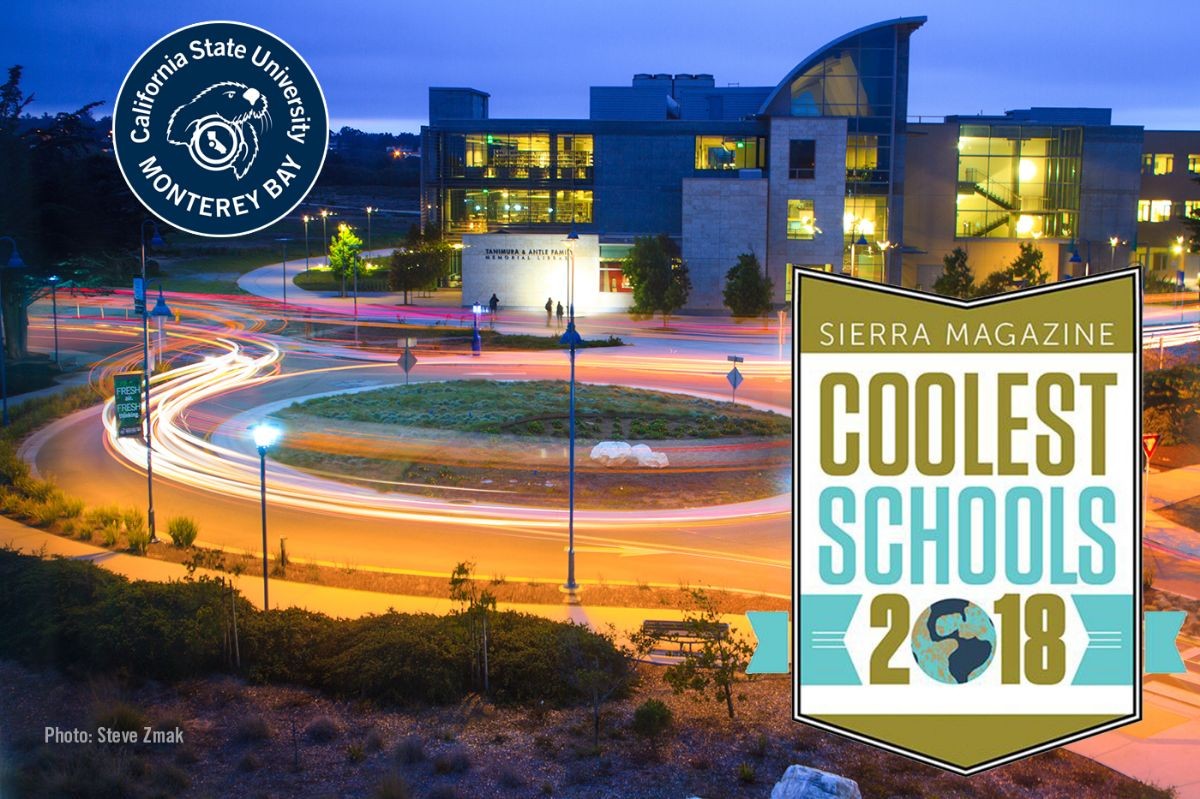 CSUMB ranked 145 out of 269 schools and joined 15 other CSU campuses, including Chico, Humboldt, Sacramento, Northridge, San Jose, Channel Islands, Cal Poly and San Diego, in recognition for their commitment to sustainability.

Sierra received complete surveys from a record-breaking 269 schools, which now include Canadian schools and community colleges.

Sierra's ranking serves as "a guide for prospective students, current students, administrators, and alumni to compare colleges’ commitments to environmentalism. It also serves to spur healthy competition among schools, raise environmental standards on campus, and publicly reward the institutions that work hard to protect the planet."

“I am very pleased we have improved our ranking,” said Lacey Raak, CSUMB's Sustainability Director. “It reflects tens of thousands of hours of hard work by staff, faculty and students throughout the campus to raise awareness, to have conversations and, most important, to act. It starts by changing behavior and making decisions that support the sustainability of our campus and community. By working together, I am confident that we will continue to improve in the years to come.”

The full ranking of 269 colleges and universities, including each school’s completed questionnaire, is online at Sierra Magazine.