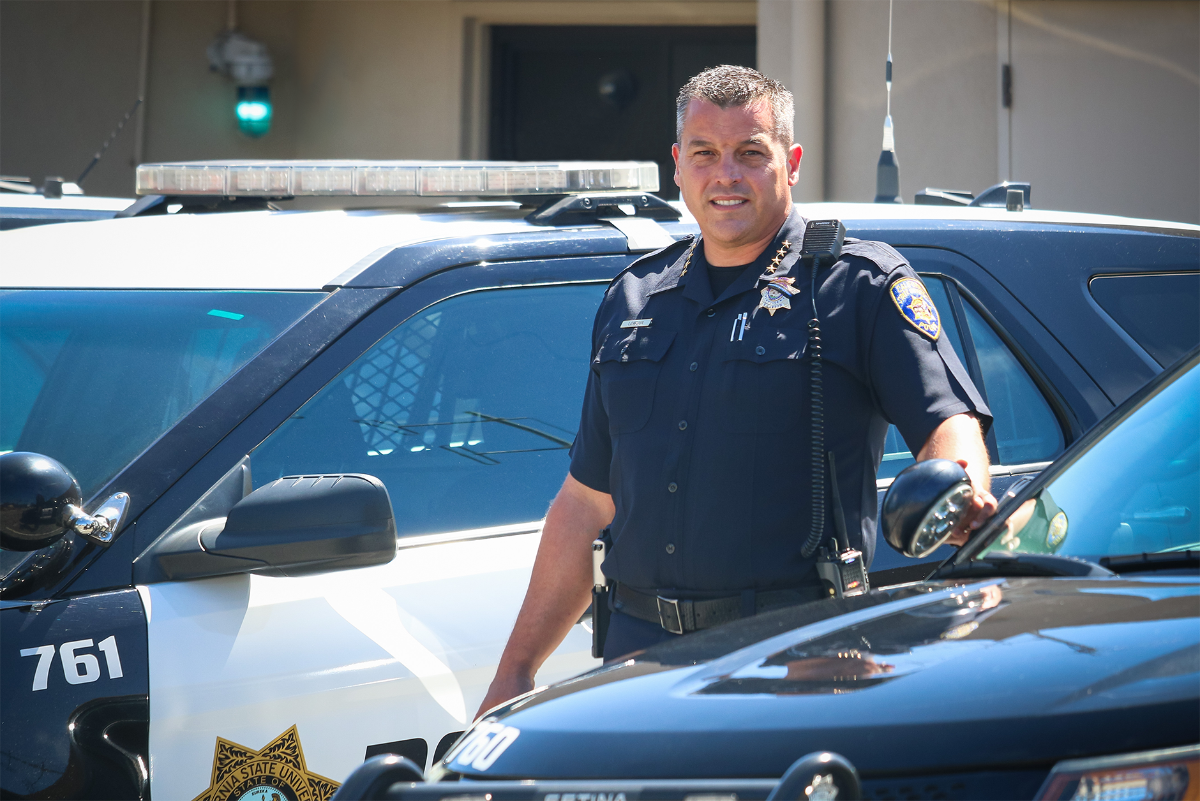 SEASIDE, Calif., June 12, 2020 - California State University police chiefs on all 23 campuses, including CSUMB Police Chief Earl Lawson, have banned the use of the carotid control hold — commonly called a chokehold — and pledged to implement policing recommendations made by a federal task force in 2015.

"As police chiefs of the California State University's 23 campus police departments, we have been galvanized by the many voices across our state and nation demanding accountability, equity and justice," the chiefs said in a joint statement.

"We have seen the tragic impact of racism and bigotry, and many in our departments have experienced it personally. We are unitedly determined to take action."

CSU Chancellor Timothy White and every CSU campus president supports the pledge to adopt recommendations of The President's Task Force on 21st Century Policing, reported to then-President Barack Obama in May 2015, according to the chiefs.

"We are determined to lead by example, joining a growing number of American cities that have committed — collectively and collaboratively — to address police use-of-force policies," the statement continued.

The task force's recommendations are organized around six pillars: Building Trust and Legitimacy, Policy and Oversight, Technology and Social Media, Officer Wellness and Safety, Community Policing and Crime Reduction, and Training and Education.

The chiefs also committed to looking for ways to incorporate those concepts into the training and certification provided by the California Commission on Peace Officer Standards and Training. All CSU police officers are sworn and certified by the commission, and receive further training in de-escalating situations that might be caused by mental health or controlled substance issues.