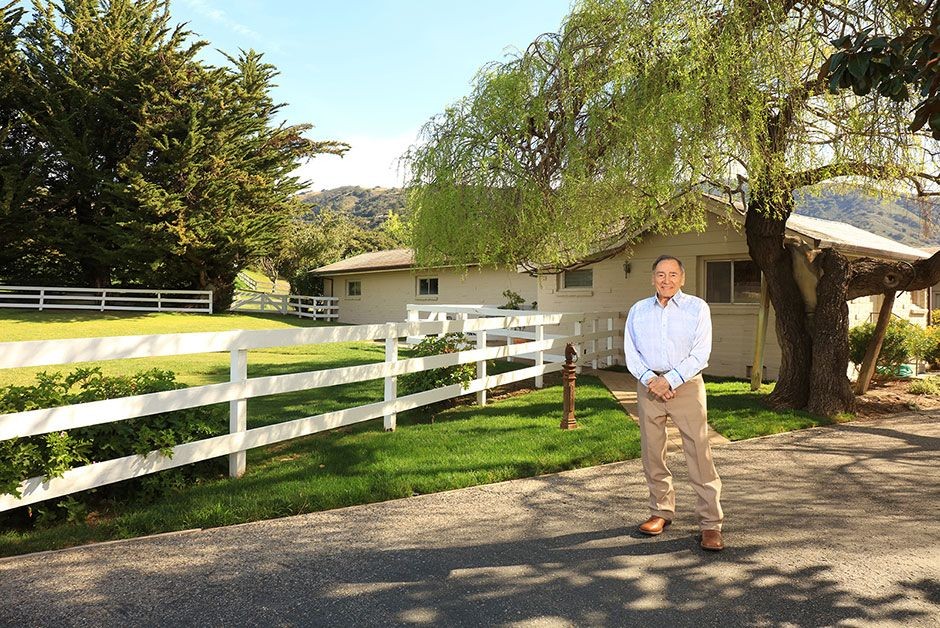 SEASIDE, CA., May 12, 2020. Longtime Monterey Peninsula resident, Robert Darwin, has committed to a legacy gift for student scholarships to California State University, Monterey Bay (CSUMB). The largest gift in the history of the 25-year-old university, Darwin’s generosity will provide necessary scholarships for talented and gifted students from low-income and impoverished families with the greatest financial need.

Eduardo M. Ochoa, President of CSUMB, welcomed Darwin’s gift with the following remark. “We are extremely grateful for this extraordinary gift from Bob Darwin. The bulk of this endowment will provide over $1 million annually for student scholarships. It will provide the financial assistance the majority of our students require to complete their academic studies, graduate and participate in our community as astute global citizens. I have enjoyed getting to know Bob personally and consider him a good friend. On a personal level, he has an outstanding story of his own having led an extraordinary life that is an inspiration to all of us.”

Darwin, who first came to Monterey in 1945 as an 18-year-old student while in the US Navy, graduated from Rutgers University, then began his professional career in Hollywood during the early 1950s as a working actor and screenwriter, eventually writing and directing his own full length motion picture. Weary of the Hollywood lifestyle and anxious to partake in more lucrative, mind invigorating endeavors, Darwin formed a real estate acquisition partnership during the late 1960s that purchased many highly desirable properties throughout the western states, including the Carmel Valley ranch where Darwin still resides today.

Darwin’s first housekeeper in Carmel Valley was a delightful young Mexican immigrant woman named Ampelia DeLeón, who told Darwin she preferred to be called Polly, and she soon proved herself to be very hardworking and determined. She also proved to be very cheerful and trustworthy and remained in Darwin’s employ for many years. Polly always dreamed of becoming a U.S. citizen, getting married, raising a family in the U.S. and sending her children through college, and after twenty five years of working for Darwin and elsewhere in this county she accomplished those goals; her eldest daughter, Blanca Zarazua, is now a successful tax attorney in California and a specialist in immigration law. In Darwin’s words, “That’s what I call success. Polly achieved exactly what she always strove to do, and if my money can help one more immigrant kid earn the same kind of success that Polly achieved for her children, then I know I didn’t do it in vain. In essence, Polly’s determination became the inspiration for my bequest to the university, and I can only thank Polly for her having done so.”

During his many years on the Monterey Peninsula, Darwin has also raised thoroughbred horses, has become a jet-rated, commercially licensed pilot, and during the 1980s formed Transjet, the first jet-oriented fixed-base operator in the area. Also an accomplished author and photographer, Darwin published a highly successful photo book about the Union Pacific Railroad in 1985 and Hard on Hollywood, a memoir of his Hollywood years in 2019. He is now in the process of completing his second memoir, Fragments, about his non-Hollywood years, as well as Yuri, a historically accurate accounting of his father’s five-year-long flight out of the Ukraine during the Bolshevik Revolution.

This gift now positions CSUMB to move from the leadership or “quiet” phase of their first comprehensive campaign to a public campaign engaging the broader community.

Barbara Zappas, Vice President of University Advancement and CEO of the Foundation of CSUMB explains, “We began this campaign in 2015 with the goal to complete our campaign in 2020 - the 25th anniversary of our founding. Working with our foundation board and campus leaders, we identified our top initiatives for student success, academic excellence, program innovation, state of the art facilities, and program discretionary funds. The donors we have connected with over the past four years have been extraordinarily generous and demonstrated their trust in our strategic direction with significant philanthropic investments. These gifts have exceeded our expectations and have inspired us to reach new horizons. We have raised over $95 million dollars and we now hope to achieve a goal of $100 million by the end of 2020. Our campaign, Vision 2020, comes as we enter uncharted waters in academic learning with the challenges of the global pandemic. We believe our community of donors and friends will stand beside us as we build CSUMB for the future and continue to show their confidence with their philanthropic support. We will all celebrate together in 2021!”