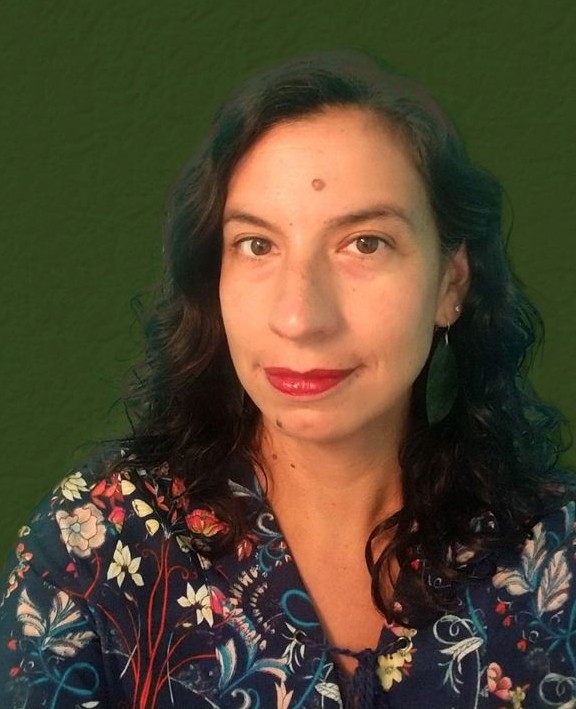 The second in a series of Q&As with CSUMB faculty about Black Lives Matter and the racial justice movement occurring in our country and around the world.

A CSUMB faculty member since 2006, María Joaquina Villaseñor is a professor of Chicanx/Latinx studies in the School of Humanities & Communication and a faculty associate for the Office of Inclusive Excellence. She holds a doctorate from the University of California, Berkeley and teaches courses in Chicanx/Latinx studies and ethnic studies. Her research, teaching and creative interests are creative nonfiction and memoir. She co-authored “The Historical Dictionary of U.S. Latino Literature” published in 2017, and her essays have appeared in Remezcla, The Acentos Review and Full Grown People. In 2015, the National Resource Center for the First-Year Experience and Students in Transition named her an Outstanding First-Year Student Advocate. Villaseñor is a Chicana, a lifelong Californian, a twin and a mother of twins.

What does the CSUMB community need to understand about Black Lives Matter racial justice movement?

It is part of a long history of the struggle for racial justice in the United States. The current Black Lives Matter movement is unique yet it exists as a product of all the past racial movements, as well. Black Lives Matter breathes the past, lives vibrantly in the present, and is looking to birth a more just future for Black people, as well as for indigenous people and people of color, and the United States as a whole. Black racial justice activists in the United States have always been on the forefront of racial justice struggles that ultimately have the potential to benefit more than just Black communities. The urgency of the movement in the present moment is undeniable and is the product of hundreds of years of build up. Black Lives Matter because Black lives have always mattered. We need to work hard so that the lived experiential reality of Black people matches this undeniable fact.

What sparked your interest in ethnic studies and social justice?

My first year in college, I took a political science course where we viewed a documentary called “Freedom on My Mind” about the struggles for voting rights and voter registration of Black voters in the South in the 1960s. The documentary showed Black and white young activists working together for this racial justice cause, even putting their own lives in great danger. I was moved and inspired, and it made me realize my own power and the power of interracial coalitions. I had observed racial injustice before — witnessed racist slurs, experienced receiving racist comments — but I had not realized until then the way those fit into larger systems of oppression. More importantly, I realized that if these young people in the 1960s could do something about racism, I could, too. That made me want to learn everything I could about anti-racist struggles, ethnic studies and social justice. I went on to take an ethnic studies course that led to me ultimately earning a Ph.D. in ethnic studies. I understood that social justice awakenings that happen in a classroom can actually change people’s lives and the way they see and approach the world and their place in it.

Which books do you recommend to those seeking to learn and understand?

“Why Are All the Black Kids Sitting Together in the Cafeteria? and Other Conversations About Race” by Beverly Daniel Tatum: This classic work explores the psychology of race and particularly how it manifests in educational settings. Tatum notes that because the K-12 educational system is increasingly segregated, colleges and universities might be the first time young people are meaningfully immersed in diverse, multiracial environments yet they may lack the skills and vocabulary to engage across lines of racial difference. Readers of this book will learn about the psychological impact of racism and will gain new insights about interacting with people of different races along with gaining concepts and vocabulary for engaging in frank conversations about race.

“Sister Outsider” by Audre Lorde: Lorde’s book of essays and speeches was published in 1984 before “intersectionality” was a term. Lorde’s life as a Black woman, a feminist and a lesbian, among other identities, and the ideas and perspectives she shared as a result of her positionality, revolutionized Black literature and Black thought, as well as feminist studies and many other fields. Lorde showed the meaning of having these multiple, intersecting identities through her powerful writings on her lived experience. Lorde conceptualized freedom in a radical and visionary way that meant attending to all the parts of ourselves.

“Racism Without Racists: Color-Blind Racism and the Persistence of Racial Inequality in the United States” by Eduardo Bonilla-Silva: Bonilla-Silva’s book is a sociological study of the way white people justify racial inequality while removing their own accountability. He argues that many white people proclaim their innocence and justify the racial order using color-blind rhetoric. Bonilla-Silva writes, “Where for most whites racism is prejudice, for most people of color racism is systemic or institutionalized.” Readers will learn how and why this is the case from reading this book.

“Narrative of the Life of Frederick Douglass” by Frederick Douglass: Douglass was a renowned writer whose autobiographical account of growing up enslaved, escaping to freedom, becoming a leading political leader and orator, and working for the abolition of slavery is an important part of the Black and the American intellectual tradition writ large. Readers of this book have the opportunity to learn about: Black excellence, the experience of growing up enslaved, the mental and physical subjection of slavery, the meaning of freedom for Black people in the 19th century, and their role in abolition movements. It is a powerful and essential book.

How can the Otter community help ensure inclusive excellence?

Include Black, Indigenous and People of Color (BIPOC), LGBTQ+ people, people with disabilities, people of different ages, etc., in your committees, work groups, and deliberations, but pay attention to the real danger of tokenizing individuals.

Pay attention to communication dynamics and power dynamics in group discussions, meetings, classrooms, and deliberations and to your own role as a participant in those dynamics. Reflect honestly on whether your presence and participation create more or less space and comfort for BIPOC, LGBTQ+, women, and others who have historically been marginalized in higher education to be able to speak and participate. We all think we are inclusive, but ask yourself how you can do better to honor each person’s full humanity and potential. Include multiple voices, perspectives, and ideas even when (and perhaps especially when) they are not like your own.

Read the first Q&A in the series.

Read the third Q&A in the series.