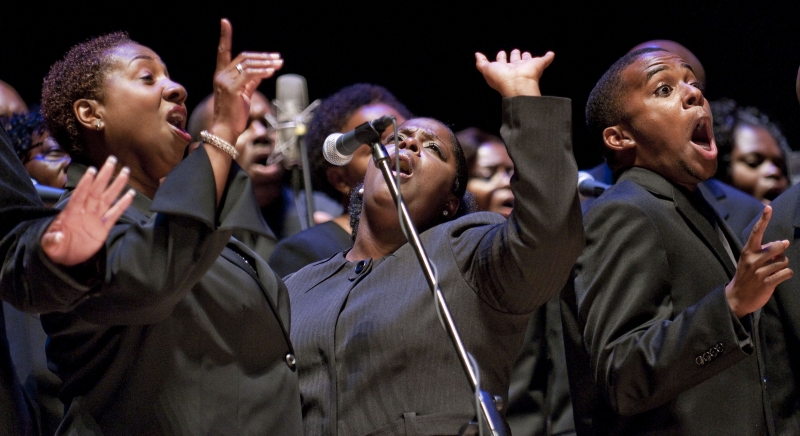 Free and Open to the Public

Gospel Music: In 1969 Edwin Hawkins, an Oakland, California, based pianist choir director of the Church of God in Christ, reworked the nineteenth-century white Baptist hymn "O Happy Day" by Philip Doddridge (1702-51) an Edward Rimbault (1816-76). By placing the hymn in a bouncy tempo, emphasizing its inherent rhythmic possibilities with a drum set and congo drums, featuring the solo voice of a golden toned alto backed by a youthful-sounding energetic choir, and supporting the entire ensemble with a piano accompaniment, bass and lead guitar, in a style that combined the harmonic variety of a Duke Ellington and the soulful accentuation of a Ray Charles, Hawkins (1943-2018) moved gospel into a new category. When the song was released on Buddah Records it quickly became number one on the Top Forty music chart, and gospel music, for more than sixty years the principal sacred music of many African American churches, became part of American popular music. Hawkins had synthesized not only what earlier great gospel musicians had developed but the entire sacred singing tradition of African Americans since they adopted Christianity, without which there would not be gospel music.