Native Plants Thriving Thanks To Laundry To Landscape System

It was a fairly unremarkable day in 2002, like many other days in the life of a 7 year old, but in the end a lesson learned left an indelible mark on a child that he would carry with him into adulthood.

A piece of trash thrown from a backseat window of a moving car turned into a teachable moment on how an individual’s actions impact community. At the direction of his mom, Noah Sforza spent the remainder of the afternoon, trash bag in hand, picking up garbage along the same stretch of road where he littered.

Environmental Studies major, and East Campus Resident Advisor, Sforza is the epitome of affable. During a two hour long interview, he was more likely to extol the virtues of his team at the department of Sustainability rather than dwell on his own accomplishments in his five years as an Otter.

Among those accomplishments you can list educating students, faculty, and staff about the three stream zero waste system around campus, creating a zero waste event guide, and heading up the promotion and educational push behind the Laundry to Landscape program in the Pinnacles Suites laundry room.

The state of California has spent more years under drought conditions than not over the last decade. Former California Governor Jerry Brown issued a severe drought declaration in 2014, and the following year he ordered urban areas to cut back water use by 25 percent.

Although we are no longer under drought conditions as of March 2019, the severe drought had a massive impact on water sources, and it will take time for groundwater to be replenished. According to the California Department of Water Resources, following a seven year drought, groundwater basins are “historically low.” Because of this, special efforts have been made throughout the state of California to combat the effects of the drought, including a CSU wide mandate to reduce water usage by 20% by 2020.

Enter Laundry to Landscape. The brainchild of CSUMB Sustainability Director Lacey Raak, Laundry to Landscape is a greywater system that was developed in an effort to help conserve water on campus. Greywater is wastewater from homes or offices that is not contaminated by human waste, that, after treatment, can be used for toilets, landscaping, or other non-potable uses. 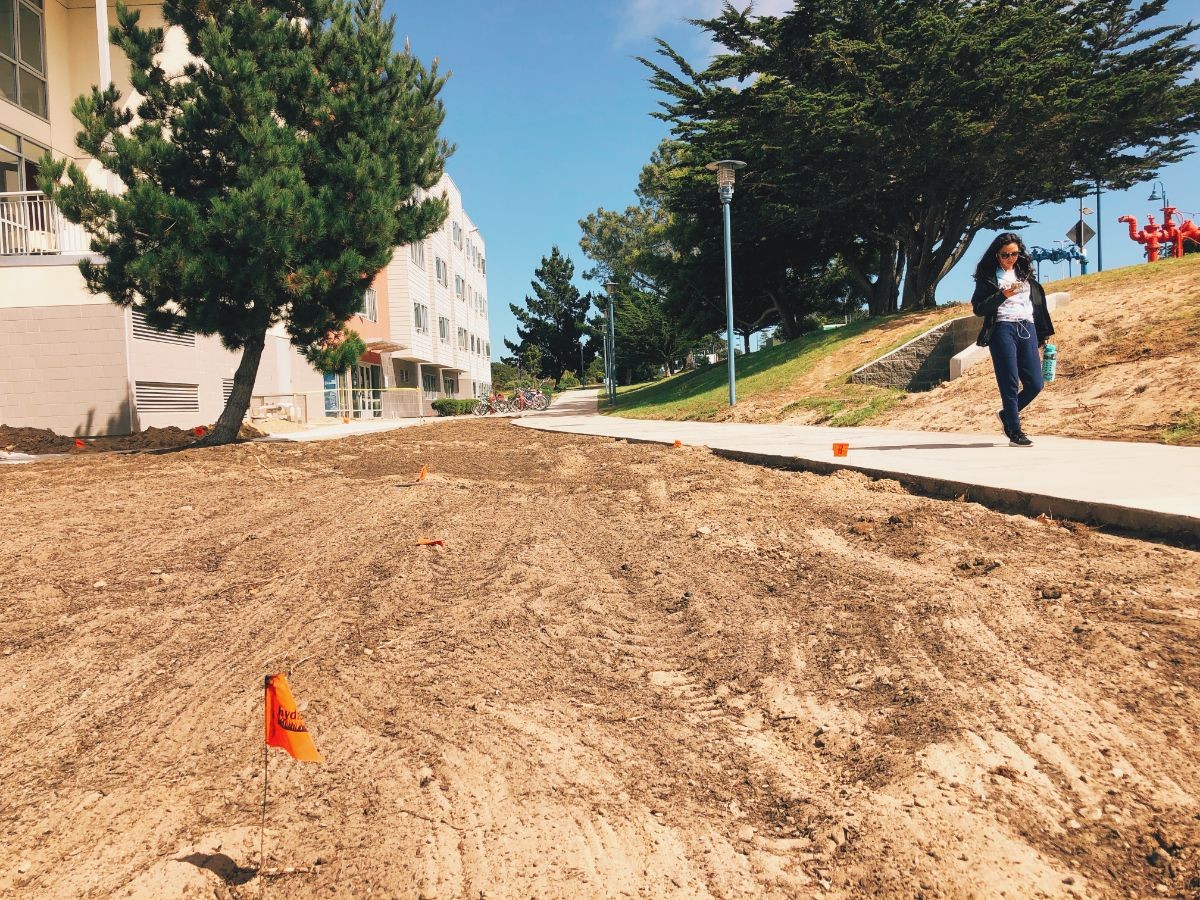 Day One Of Laundry To Landscape 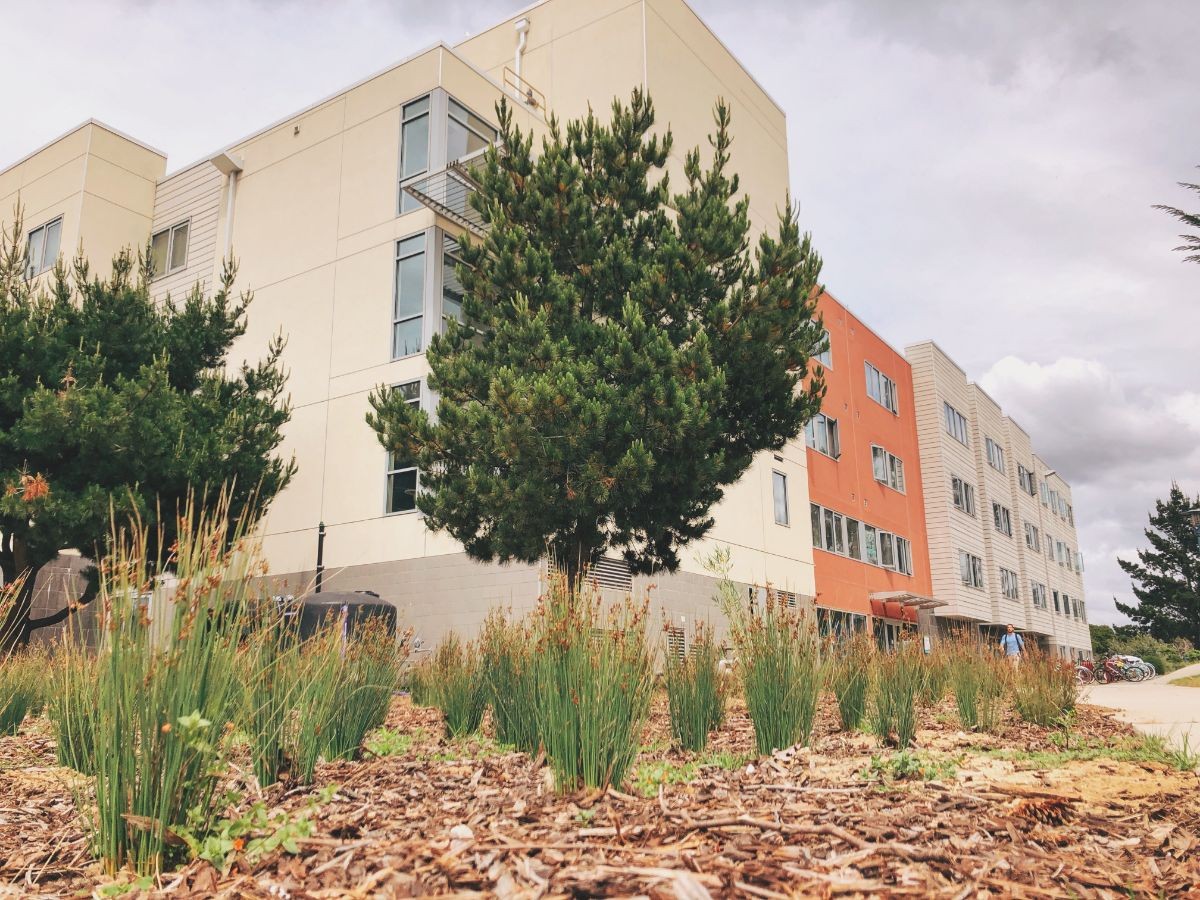 In a normal laundry room, water would be sent to sewage. In the Pinnacles greywater system, water from seven of the ten washing machines is sent to two tanks that filter and hold the greywater before it is used to irrigate native vegetation planted as part of the project. Special eco-friendly detergent must be used for the system to work. Several brands are available at our local Target, some of which are more affordable than common name brand detergents.

Awarded with a $100,000 grant from the CSU Chancellor’s Office, Raak moved forward with the development and implementation of the Laundry to Landscape system, leaving Sforza to educate students, faculty, and staff.

An important aspect of the success of the Laundry to Landscape program is the education, and subsequent participation of the students using it. Sforza ramped up a campaign to get the word out to North Quad residents through a series of emails sent before students set foot on campus, flyers and signs posted around Pinnacles, and sustainability events focused on the new greywater system. He even presented on the project to students and professional staff at the nationally recognized Chico State Sustainability Conference.

When posed with the question, how do we know if the Laundry to Landscape program is actually working? Sforza replied “simple, the plants are still alive!” Not only are they alive, but they are thriving.

A quick stroll past Pinnacles Suites and you can see that the more than 700 common rush plants, and seven native willows are green and lush. According to Sforza these plants were selected because not only are they native to the area, but they are hearty plants that can handle both “large amounts of water and [survive] long periods of drought. The periods of high student occupancy and low occupancy coincide with the natural weather conditions”

With graduation upon us, Sforza is poised to head out into the world to work in underserved communities to find ways to improve public green spaces. “Greenspaces increase happiness and health, and climate change is affecting minority communities the most.”

“Working on the laundry to landscape program has reminded me of how our everyday actions impact the natural environment. We must work to improve how we interact with the world around us to create a more positive future.”