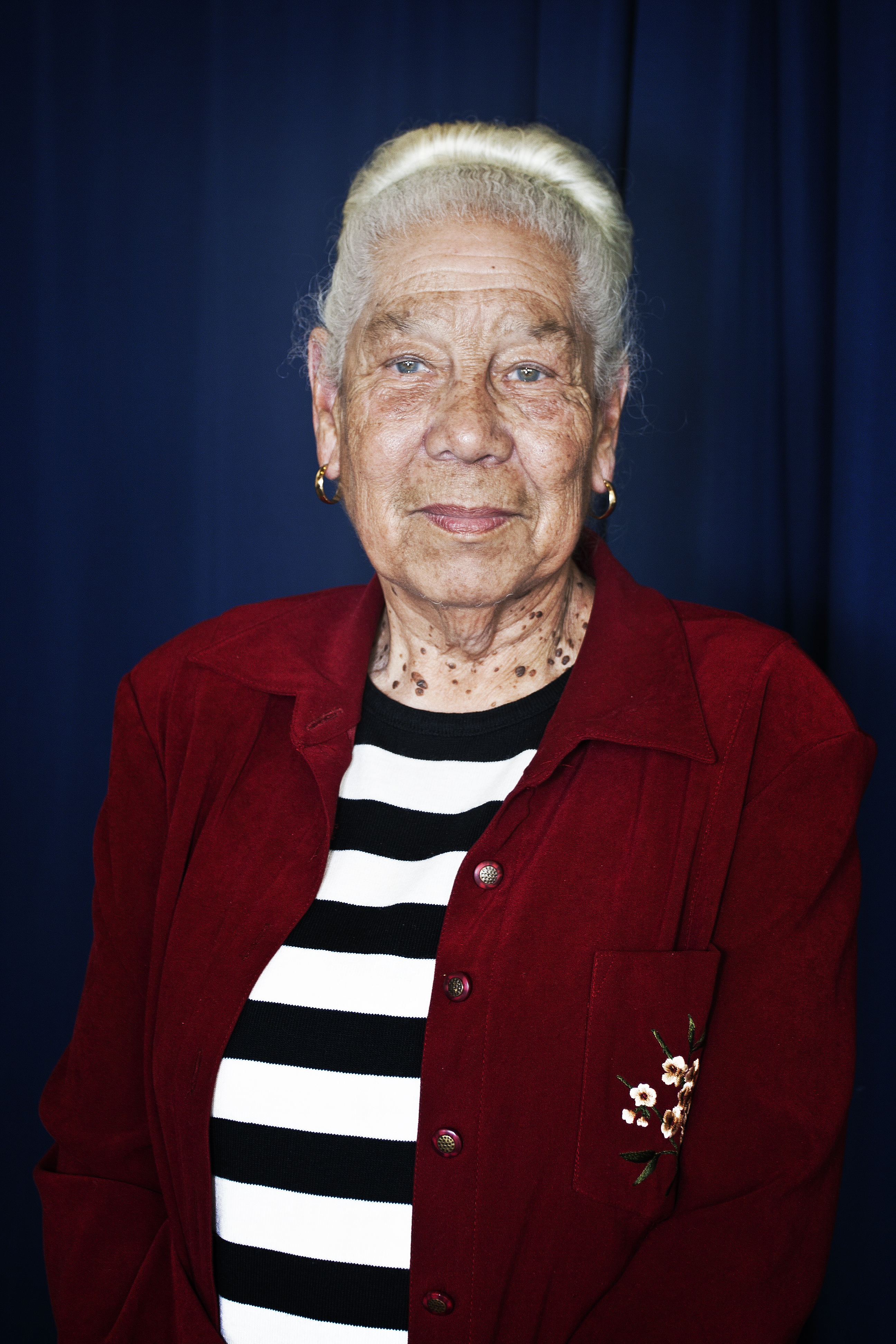 Helen Rucker has endowed a scholarship she had been awarding annually since 1998 in honor of her late husband, James, who served at Fort Ord.

Rucker, a retired teacher and librarian and longtime community activist on the Monterey Peninsula, encouraged others to support scholarships through the Fort Ord Alumni Association.

She described how her husband credited the Army for giving him the chance at an education.

“He was dedicated to learning,” Rucker said. “It’s appropriate that a scholarship be created in his name.”

The Fort Ord Alumni Association, a division of the California State University, Monterey Bay Foundation, presented scholarships to 10 CSUMB students at its annual Scholarship Awards Luncheon at the Alumni and Visitors Center on campus.

The awards bring to 122 the total number of scholarships – all in the amount of $1,000 – given by FOAA since its scholarship program began in 1997.

The highlight of this year’s event was the announcement of an endowed scholarship set up by Helen Rucker of Seaside in honor of her late husband, James, who served at Fort Ord.

Mrs. Rucker, 79, a retired teacher and librarian and longtime community activist on the Monterey Peninsula, donated $25,000 to permanently endow a scholarship she has funded annually since 1998.

She encouraged others at the luncheon to support FOAA scholarships, and she described her own philanthropic giving as an expression of personal priorities, not personal wealth.

"When people ask me, 'How do you do it, Helen?,' I tell them it's about how you care to spend your money," said Mrs. Rucker, who is also a board trustee for the Monterey Peninsula Unified School District.

She described how her husband credited the Army for giving him the chance at an education. He joined the military with a seventh-grade education, earned a GED while in uniform, then, as a 40-year-old retiree, took advantage of veterans benefits to earn bachelor’s and master’s degrees.

“He was dedicated to learning. It’s appropriate that a scholarship be created in his name,” she said.

This year, the Platoon Sergeant James Rucker and Helen B. Rucker Scholarship was awarded to Denice Vallejo of Salinas.

“I’m proud to present the James Rucker Scholarship to Denice because she’s a returning student,” Mrs. Rucker said. “The only thing I can say to you, Denice, is ‘pass it on.’ ”

Vallejo, who grew up at Fort Ord where her father was stationed, explained that she helped her children and her husband with their studies. “I quizzed them on their homework, I edited their papers,” she said. Then she decided it was time to pursue her own education. After earning two community college degrees, she came to CSUMB.

Many of the scholarship recipients are first-generation college students. Some are the children or grandchildren of soldiers who served at Fort Ord. Several are military veterans.

Other recipients and the scholarships they were awarded:

The Fort Ord Alumni Association was established in 1996 to provide financial assistance to students and to honor and preserve the heritage of Fort Ord and the contributions of the soldiers, civilians and their families who lived and worked there. Membership is open to anyone who wishes to join in these efforts.