The Pilot’s Console is what the pilot uses to control the Catalina ROV and see where it’s going. It features a small TV monitor through which the pilot can view live video images of the underwater world from the ROV’s camera, and it has a joystick and buttons through which the pilot can control the ROV’s movements or turn the camera and lights on or off. It also supports the main battery and electronics box. 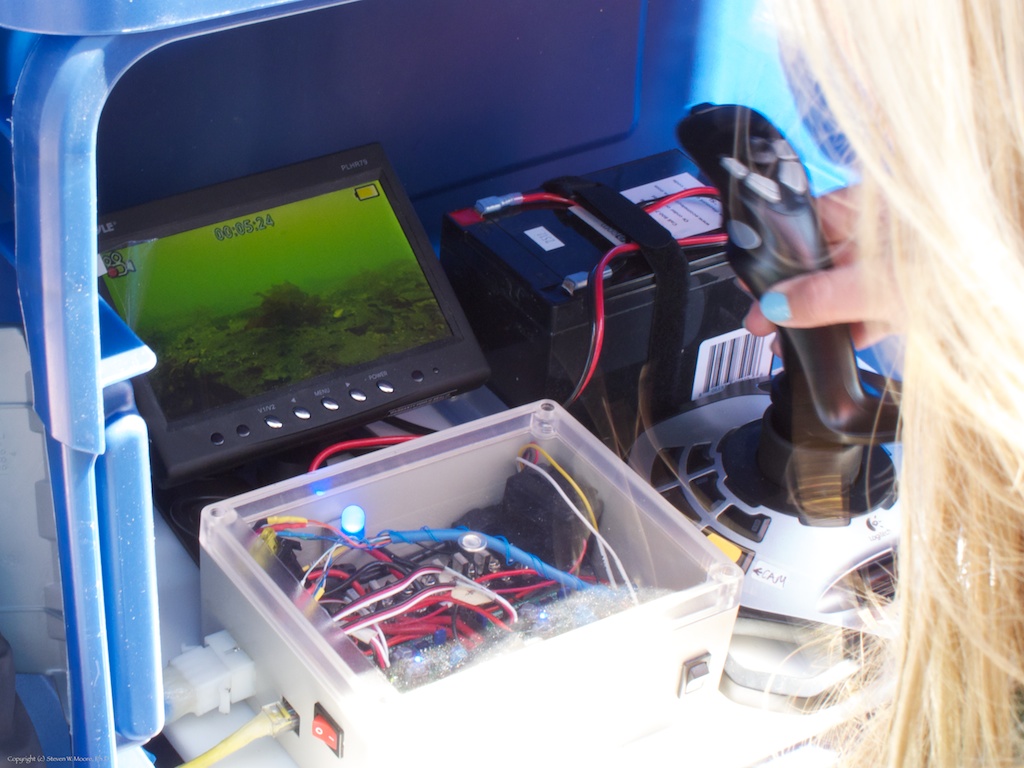 This photo shows a young pilot using the Pilot’s Console to control the Catalina ROV as it moves through the water. Her hand is on the joystick, which she is using to steer the ROV. Immediately behind the joystick is the battery used to power the ROV. To the left of the battery is the small TV monitor on which she is watching a live video image from the ROV’s camera. In this case, it is showing her some algae and sea shells on the sandy bottom about 9 meters (30 feet) below the pilot. The white plastic box with the clear lid in the foreground is the electronics box, which houses most of the circuitry for the ROV. This particular pilot has the entire Pilot’s Console is tucked inside a Rubbermaid plastic tub to provide a sun shade, making it easier to see the TV screen in the bright sunlight. Good idea!

All of the components of the Pilot’s Console (Battery, TV, joystick, and electronics box) are mounted securely to a white plastic cutting board. This keeps them organized, facilitates transport, and reduces wear and tear on the wires and connectors joining the various components, since they can remain connected together with their wires wrapped and tucked neatly away. There’s nothing magic about the cutting board — it just happened to be the most convenient way to get an appropriately sized slab of plastic upon which to mount everything. Any stiff, sturdy piece of plastic could be used. Wood could be used too, but might have some problems over time if it gets wet. 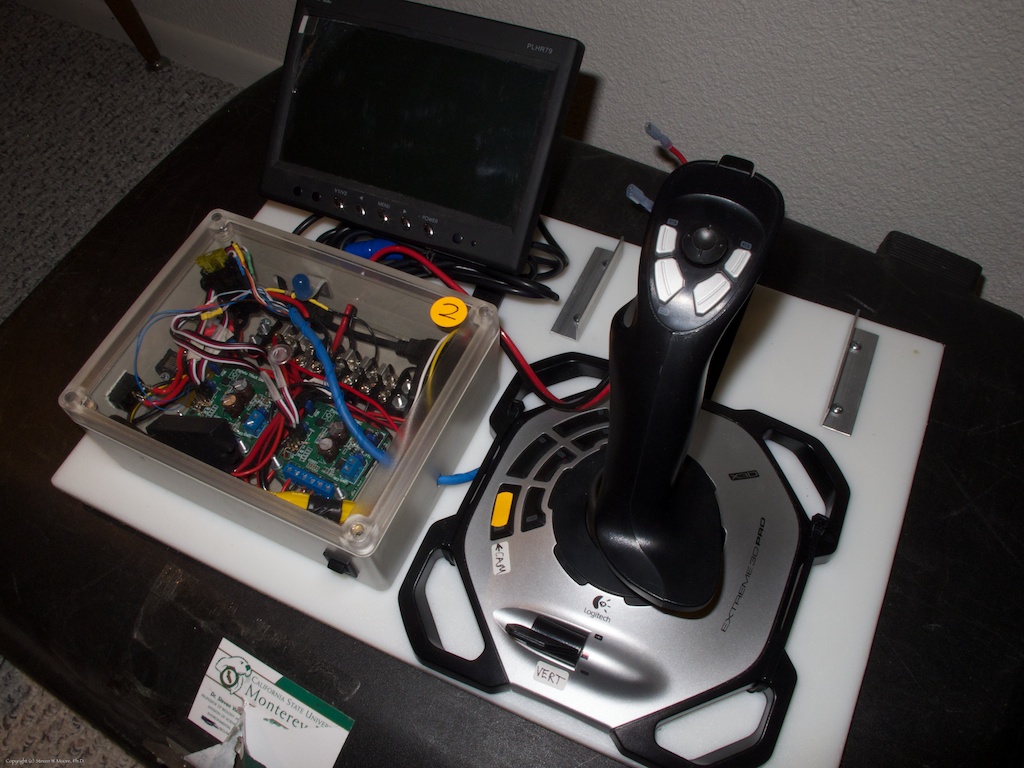 This photo provides another view of the Pilot’s Console. In this case, the battery, which normally sits right behind the joystick, has been removed temporarily. Note the two aluminum brackets bolted to the white plastic base to help constrain battery movements. 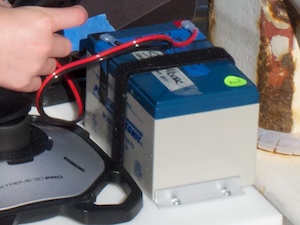 One of the two aluminum brackets and the black hook-and-loop cinch strap used to anchor the 10 lb battery firmly to the plastic base of the Pilot’s Console.

The TV monitor came with a small stand, which had screw holes and screws we used to mount it on the board. 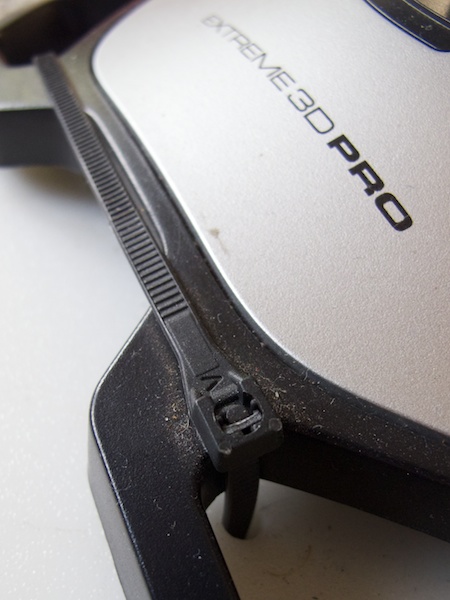 This photo shows how we used cable ties to anchor the joystick to the plastic base (cutting board) of the Pilot’s Console.

The electronics box was anchored in place with some screws placed through holes we drilled in the bottom of the box when the lid was removed and the box was empty.

We put some 3/4" tall rubber "feet" on the underside of each corner of the board to give the board some traction on smooth surfaces. 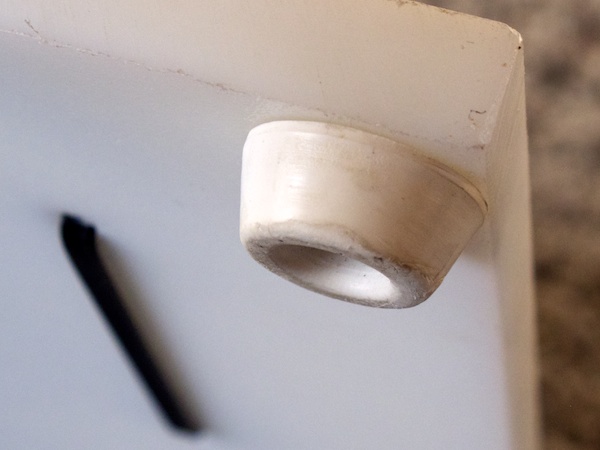