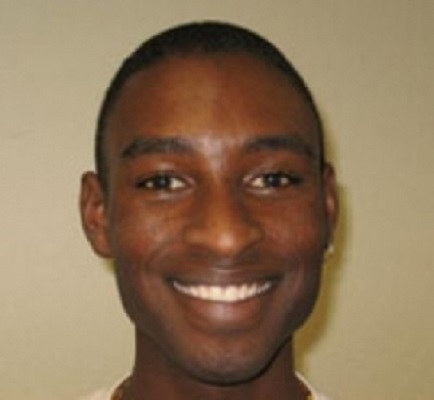 Dr. Vaughan studies popular music and performance in relation to social transformation throughout the African Diaspora. For more than six years Dr. Vaughan has conducted anthropological research about Afro-Cuban music and dance in Cuba with the Fernando Ortiz Foundation, the Center for the Investigation and Development of Cuban Music, La Casa de Africa and other organizations. His latest research examines the social significance of music and dance in Brazil, Peru, and Colombia. However, as an artist and experimental ethnographer, his knowledge goes beyond the purely academic.

Dr. Vaughan has taught master dance classes and given lecture presentation-performances at the University of Michigan, University of the West Indies (Barbados), Florida International University, La Casa de Africa (Havana), the Ann Arbor Public Library, Pemaju Dance Studio (Detroit), West Oakland Community School, the Life Academy High School, and John F. Kennedy University, as well as at the Instituto Cultural Peruano Norteamericano, the National School of Folklore in Lima, Peru, and the historic City Lights bookstore in San Francisco. He has been a mentor-artist for the East Bay Center for the Performing Arts in Richmond, CA.

His photographic work has been exhibited, among other venues, at the Jon Onye Lockard Gallery at the University of Michigan, La Casa de Cultura in Palma Soriano, Cuba, and at the African American Culture Complex in San Francisco. In 2007 he was commissioned by the Alameda County Arts Council to create photo-based public art for the new Juvenile Justice Center in San Leandro, CA. In 2009, he was commissioned to create a photo mural entitled “Joy” for the West Oakland Branch of the Oakland Public Library. In August 2013 he will present an exhibit of his original photographs from throughout Latin America at the EBMUD Gallery in celebration of Hispanic Heritage Month.

In the Fall of 2007 Umi joined the faculty at California State University Monterey Bay as Assistant Professor of Africana Studies. Dr. Vaughan created and teaches an innovative course called Afro Cuba Hip Hop: Music and Dance in the Black Atlantic. He is excited about adding his classes and skills to the diverse mix of activities and projects at CSUMB and throughout the Tri-city area. To learn more visit UmiArt.com.

“Timba Brava: Maroon Music in Cuba," an essay in the edited volume Rhythms of the Afro- Atlantic World (Nwankwo and Diouf, University of Michigan Press, 2010)

“Star Spangled Cuba," an essay and photographs in Islas, official publication of the Afro-Cuban Alliance (Weston, FL), Year 1. No.4. December 2006.

“Shades of Race in Contemporary Cuba," an essay in The Journal of the International Institute, University of Michigan, Winter Edition 2005

Museum of the African Diaspora (2005), San Francisco, CA, several photographs included in a permanent photo mosaic that is the face of the museum.