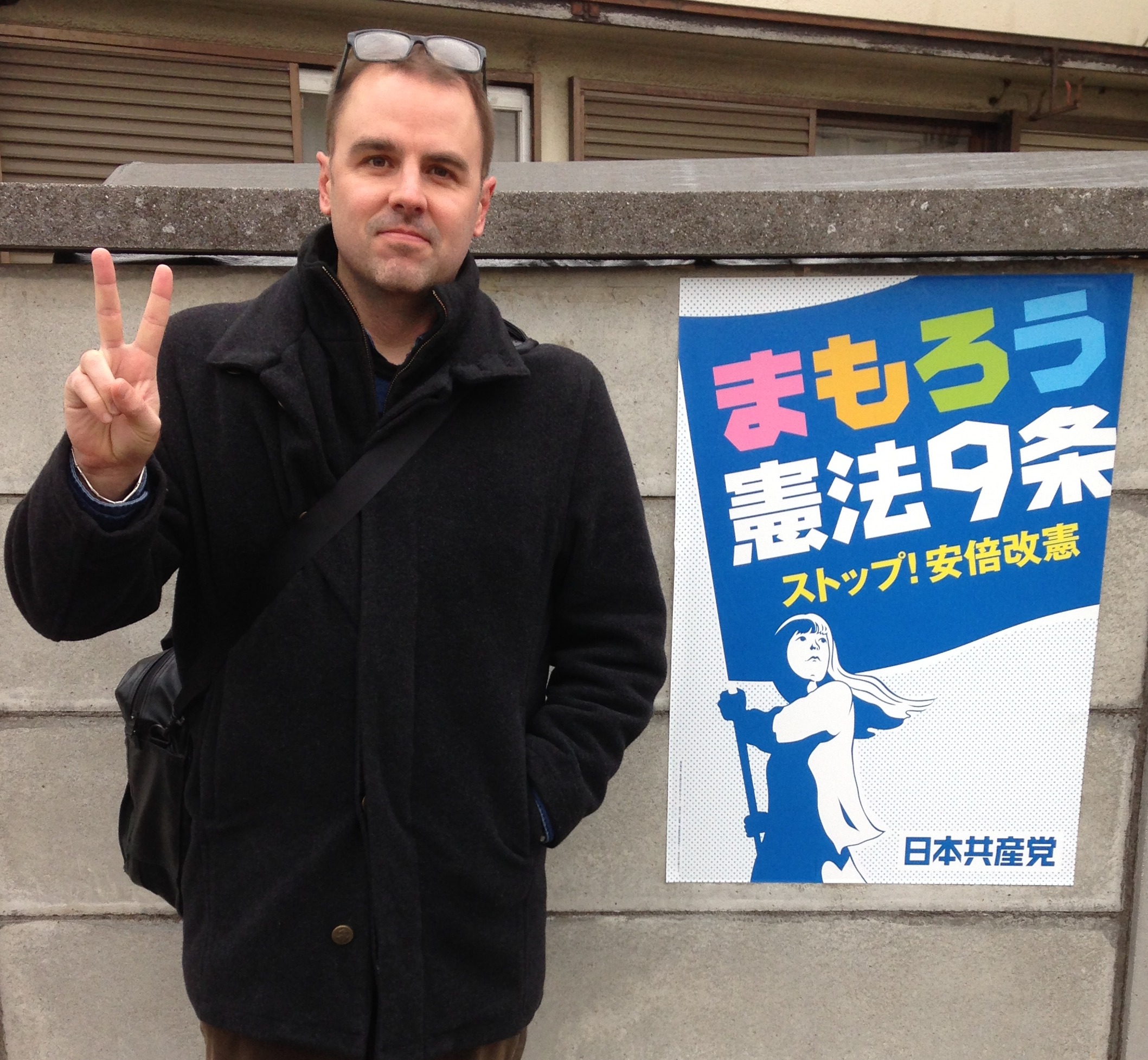 Dustin Wright is a historian and Assistant Professor of Japanese Culture and Language. Some of the courses he offers are “Introduction to Japanese Civilizations and Cultures,” “Pacific Food Empires,” “Myths and Realities of Asia,” “Social Issues in Japan,” and “Manga, Anime, and Modern Japan.” He is the proud product of public education, having received his B.A. (International Affairs) at Northern Arizona University, M.A. (Asian Studies) at San Diego State University, and M.A. and Ph.D. (History) at the University of California, Santa Cruz.

His research focuses on social movements in Japan, particularly those against U.S. military bases from 1945 through the present. His current book project, Protest Nation: Anti-Military Base Struggle and the Fight for Peace in Modern Japan, explores a range of anti-base movements from Hokkaido to Okinawa, including the Sunagawa Struggle, a foundational anti-base movement that erupted in a Tokyo suburb in the 1950s. His research and commentary has been published in Gastronomica: The Journal for Food Studies, Critical Asian Studies, The Sixties, The Japan Times, and the Japanese monthly Sekai (世界).

More information can be found on his personal website.