"There's nothing hotter than an Otter!" 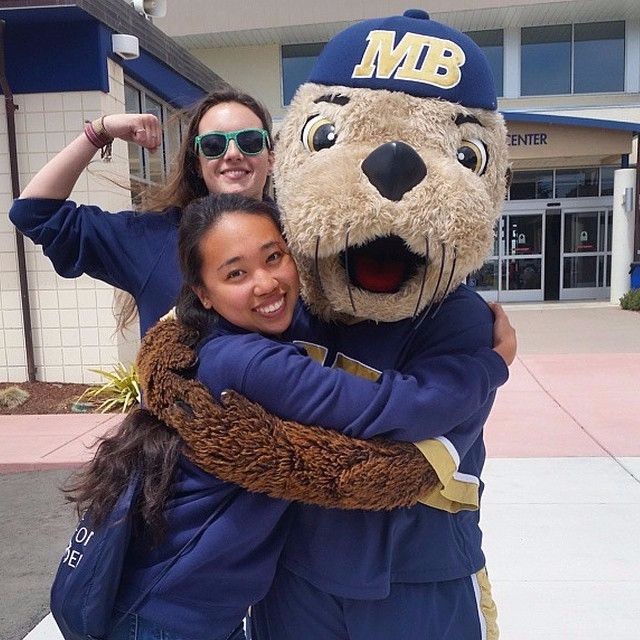 Our mascot with some orientation leaders in 2015

We are the Sea Otters (Enhydra lutris), which are distinct from river otters and other carnivorous mammals in the subfamily Lutrinae.

Regardless, we commonly refer to ourselves as simply "Otters," which is similar to how Golden Bears at U.C. Berkeley refer to themselves as "Bears."

Our mascot's name is Monte Rey.

We refer to groups of fans or students as a "Raft." The word "raft" describes a group of sea otters floating and at rest in the ocean, linked together by their paws and seaweed. Example: The student section has a Raft of Otters watching the game.

Every year we have a homecoming event called The RAFT, which stands for Reunion And Family Traditions.

Our mascot is frequently found at sports events on campus, which are named in his honor.