Join us as we welcome Tozaburo Yanagiya, "The Art of Rakugo: Traditional Japanese Entertainment" 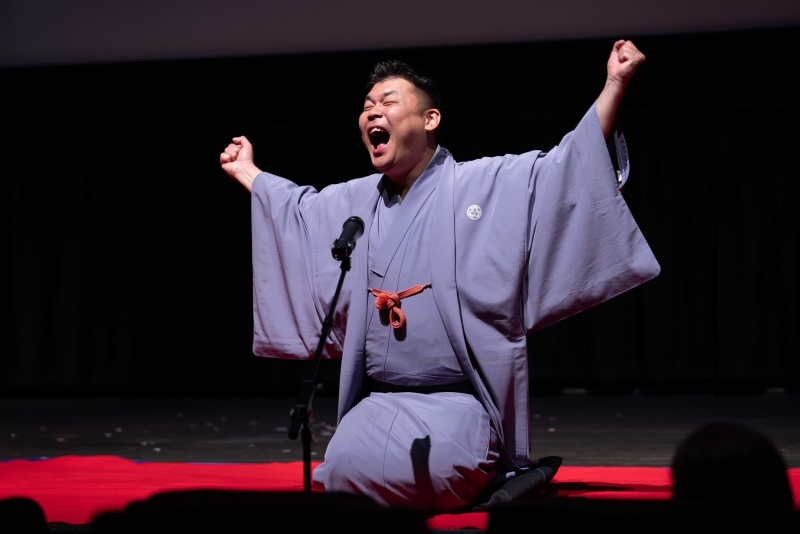 Rakugo is a form of traditional Japanese storytelling that is often performed as a comedy using two props; a fan and a hand cloth. This performance, by world-renowned rakugo master Tozaburo Yanagiya, is in English and will be followed with an interactive workshop on rakugo performance and techniques.

Bio: Tozaburo Yanagiya, known as "ZABU" is "Shin"uchi", Master of a Rakugo Storyteller, succeeded to the name of Tozaburo Yamagiya the 3rd. He plays RAKUGO in English and Japanese all around the world. He is Visiting Associate Professor at University of East Asia and a member of the General Incorporated Association Rakugo Kyokai. He received an award "the 8th Maki Okamoto Award" in 2003 and Rookie/New Artist Award in the category of popular entertainment at the 71st Agency for Cultural Affairs of Japan National Arts Festival in 2017.

More about the WLC Festival of Languages, Cultures, and Ideas: https://csumb.edu/wlc/festival-languages-cultures-and-ideas